Crazy Time could be briefly described as an elaborate form of Big Six. It adds random multipliers and four slices represent independent games the player will play if the initiating spin stops in the slice for that game. The whole thing is played by live dealers about once a minute, 24 hours a day, 7 days a week, by the upbeat and energetic live dealers of Evolution Gaming.

According to Bitcasino.io, the return of the game is 96.08%. 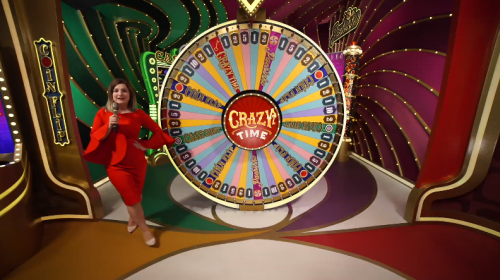 Evolution, the maker of Crazy Time, is very protective of their game rules and don't disclose many details that one would need to do a proper math analysis of the game. Fortunatley, there is Tracksino, which tracks some statistics of the game. For elements of the game that can't be quantified I used historical data from Tracksino and tweaked it a bit to get the return of all bets close to 96.08%. That said, I do not claim all of the following rules are exact, but they are my best guess.

Sit back and pay attention, as the Crazy Time rules are rather involved. If you get confused, maybe watching my video on how to play Crazy Time will help.

Following are the basic rules of each bonus. I get into much more detail on them in the analysis sections below.

Both the Pachinko and Crazy Time bonuses could, in theory, go on indefinitely with doubles and triples, resulting in enormous prizes. Although this rule will probably never have to be enforced, there is a maximum win of 20,000 for both games.

The following table shows the eight available bets on the Base Game wheel and the number of stops on each one. 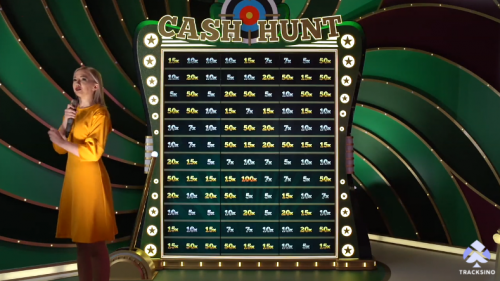 Click on this image to go directly to my explanation of the Cash Hunt Bonus on YouTube.

As mentioned in the rules section, the Cash Hunt bonus is simply picking from one of 108 icons to reveal a win behind it. The table below shows just three prize distributions I have seen. Below are three prize boards I have seen.

The following video starts at the beginning of my narration of a Coin Flip bonus. You can stop at 5:47. 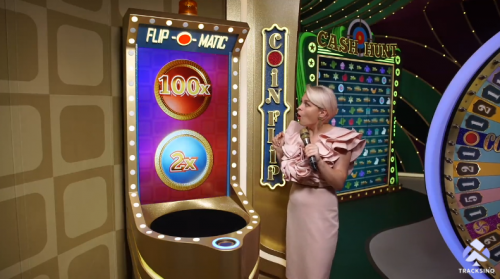 As mentioned in the rules above, the game picks two wins, a smaller and a larger one, assigns a win to each side of a coin and flips it.

The following table shows my best estimate of the probability of each win for the lower win. The lower right cell shows an average win of 3.265625.

The following table shows my best estimate of the probability of each win for the higher win. The lower right cell shows an average win of 15.296875. 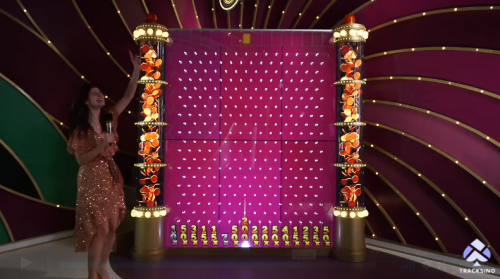 Following are more detailed rules for the Pachinko Bonus.

The way I believe this game works is each of the 16 wins is independently drawn. That means that some games can have a much higher average win than others, once the board is drawn. The table below shows my best estimate of the weighting and probability of each of the 16 wins. 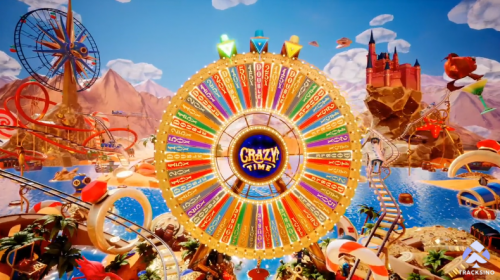 Click on this image to go directly to my explanation of the Crazy Time Bonus on YouTube.

Following are my detailed rules for the bonus.

The following table shows three wheels I have seen used in the Crazy Times Bonus. I believe there are many more. The concept is simple, the dealer spins the wheel and wherever it lands determines what the player wins. If the wheel lands in Double or Triple, then all fixed wins are doubled or tripled and the wheel re-spun. Re-spins can trigger more re-spins. The maximum win is 20,000.

The following table shows the possible prizes in the Crazy Times Bonus and how many appear on the three wheels I observed.

The next table shows my analysis of the Crazy Time bonus using Wheel 1 above. The left column shows the final win, the middle the probability, and the right the contribution to the return. The lower right cell shows an average win of 36.066539.

The next table shows my analysis of the Crazy Time bonus using Wheel 2 above. The left column shows the final win, the middle the probability, and the right the contribution to the return. The lower right cell shows an average win of 36.874718.

The next table shows my analysis of the Crazy Time bonus using Wheel 3 above. The left column shows the final win, the middle the probability, and the right the contribution to the return. The lower right cell shows an average win of 36.361278.

Our friends at Tracksino tracked the outcome of 76,175 Top Slot spins in their page Crazy Time Multipliers Revealed. The following table shows their results of the winning symbol. The second column quotes the Tracksino results exactly, which add up to 100.48%. The right column divides each probability by 1.0048, to get the probabilities to add up to 100%.

The next table shows the Tracksino results for the multiplier. They refer to the multiplier reel stopping between symbols as a "miss," which is mathematically equivalent to a 1x multiplier. These probabilities add to 100%, so no adjustment was needed.

The average multiplier, given these probabilities, counting a miss as a 1x muliplier, is 3.8155.

However, based on my own observations, the average multiplier for some symbols was significantly higher than others. This did not surprise me because if every symbol had a 3.8155 average multiplier, then some bets would pay significantly more than others. To be specific, if we assumed there symbol and multiplier were drawn indpendently, according to the probabilities above, the following would be the returns of the flat win bets:

Evolution, the company that makes Crazy Time, is too smart for that. To equalize the return of every bet, I had to assume the average multiplier was higher for bets like $2 and lower for bets like $10. Based on tweaking the data from Tracksino, to make sure the overall probabilities still matched for each symbol and multiplier, I created the following table which shows my best estimate for each combination of symbol and multiplier.

That said, the following table brings it allow together to get the overall return of each bet.

At this point, please reread my disclaimer where I say that I had to do some hand-waving adjustments to get the return of each bet close to 96.08%. I'm sure this is not exactly how the game was designed, but I think it is pretty close. If somebody hired me to reverse engineer it, this is how I would do it. 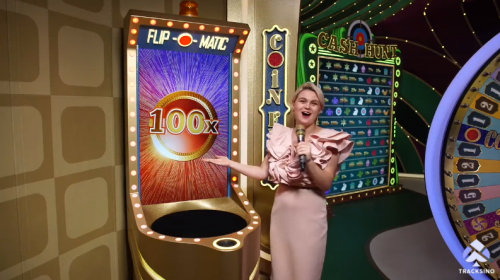