August 22-29, 2009, I made my fourth trip to Montreal in the last 10 years. Each trip has been for a week, so I feel I'm getting to know the city pretty well. Travel article about Montreal always seems to be titled something like, "Visit Europe without leaving North America." There is some truth to that assertion, but I think it is an oversell. Montreal is a friendly and patient place with outstanding food and various distinctive parts. I'd say it is a good blend of French, Canadian, and American influences. Compared to Vegas, it is almost the opposite.

A good example of the difference between Montreal and Las Vegas can be found on a golf course. I'm a terrible golfer, so I am always chasing my ball all over the course on foot. Out of courtesy, I usually yield the cart to the person I'm paired with so he/she doesn't have to join me in looking for lost balls every other stroke. In Vegas, I'm usually literally running, because the group behind me is giving me the evil eye for taking too long. Maybe it is just a small sample size thing, but I have never felt rushed playing golf in Montreal. When there is a visible group behind me, they tend to be drinking beer and enjoying the day, seemingly in no rush to finish.

Besides playing golf, the main purpose of this trip was to pay a friendly visit to Bodog. As I explained in my last blog entry, the Bodog offices are in the Kahnewake territory, just the other side of the river from downtown Montreal. The territory itself is mostly small joints selling cheap gas, liquor, and cigarettes. It is also a small hotbed of Internet gambling, hosting the offices of several Internet casinos. While there, I visited the Bodog offices on the second floor of a nondescript office building, and I made a trip to the server farm, where the games are actually run.

The computer servers are in an ordinary, two-story building, with very few servers. Bodog was kind enough to arrange a tour for me. The security is pretty tight to get past the guard. You need to be invited, and I get the impression that invitations are hard to come by. After providing identification and signing in, I was asked to put protective slippers on over my shoes. I was then led from one room to another, each with one big computer server after another. For those unfamiliar with what a server is, it is basically a super-computer, the size of a refrigerator. These machines generate a tremendous amount of heat, so there are fans and air conditioning ducts all over the floor and ceiling. You don't walk on a floor, but rather a steel grate that covers a crawl space packed with air conditioning equipment. Another big room has nothing but UPS machines, which stands for uninterruptable power supply, so that nothing happens to your poker game if lightning strikes the transformer. Between all the servers were miles of Ethernet cables. I'd hate to go searching for a random unplugged network cable in there. Except for the sound of the sea of fans, the building was a quiet place. Here and there a tech guy was doing something, in no apparent hurry. It seemed to me the operation pretty much ran with little human effort. 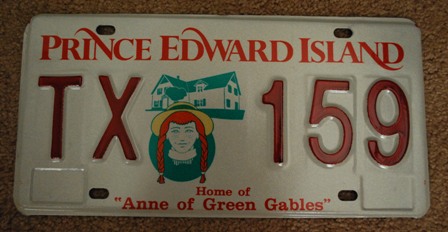 If it isn't obvious from my site, I love gambling. It doesn't require a casino to gamble; two interested parties can always find something to wager on. During lunch one day, it somehow came up that a Bodog staff member once ate a great quantity of pizza in a short period of time. I offered to wager $1000 that he couldn't eat 100 Chicken McNuggets in one hour, but he declined out of health concerns. Quite a few times we picked random people and bet if they could name the home province of Anne of Green Gables, which is stated right on the license plates. I bet the "yes" every time, and I lost every time. It seemed that many Qu?b?coise (if that is the right term) had never even heard of her. Normally, I think I'm pretty good at knowing what other people know, but I lost right and left all week long. One of the few bets I did win had nothing to do with trivia; it was whether I could jump over a chair, which I successfully did.

For a few days, some of the Bodog guys and I took a side-trip to Montebello. We stayed at the Ch?teau Montebello, which was wonderful. It looked like the building was mostly constructed of large Lincoln Logs. The hotel had a magnificent indoor pool. The lifeguard told me it is the largest hotel pool in North America. Outside, there were lots of activities and things to do. I think the best activity was the remote control car races. Some areas needed improvement, like the basketball net and miniature golf course (they call it mini-putt there).

As I wrote about in my last blog entry, Bodog just opened its doors to Canadian players, while I was there I might add. That Friday, they were busy with that, so I was pretty much on my own for the day. So, I set about on a quest to find what I think is one of the best practical jokes of all time. I learned about it on one of my favorite web sites, snopes.com. As urban legend had it, the gravestone of one Mr. John Laird McCaffery contains a rather ho-hum poem on it. However, if you spell out the first letter of each line, it reads something I'd rather not put in writing. We wouldn't want anything offensive on a web site about gambling, after all. I invite you to read about it first hand at snopes.

With the name of the cemetery and grave number (section C, number 1369) in hand, I took the subway to the general area and set out on my quest to find the infamous tombstone. This was easier said than done. I took the University exit, which borders the cemetery, but I had to weave through several buildings only to find a sharp and high fence that keeps people from crossing between the two places. So, I walked a while to find an entrance. Fortunately, there was a map by the entrance, which pointed me in the general direction of section C. Still, it was a huge cemetery with oddly shaped sections, and I started out on the wrong side. Eventually, I found the sub-section of section C with the grave numbers in my desired range. This was a pretty small section, but I had trouble finding the right grave. Most of them did not have grave numbers. I checked every single tombstone for the poem, but I couldn't find it. Had too many gawkers like me caused them to change the tombstone or move it somewhere else? Surely the cemetery management has a sense of humor too and wouldn't touch it. Scratching my head, I decided to look at the tombstones from the back, because I wasn't finding the tombstone numbers on the front in this section as I had in others. That quickly led me to the right spot, as I found the poem in question on the BACK of a tombstone. For some reason, I had a mental image of it being in front. So I took a few pictures via timer and left as gracefully as I could with a big smirk on my face in the middle of a cemetery.


You know how newspapers sometimes ask random people a question and print their pictures with their response? Well, that happened to me while I was sitting on a park bench, killing time. The question was whether I felt Canada was prepared for the H1N1 virus. That is a topic I have almost no opinion on. Actually, my opinion is that I liked the name Swine Flu better, much easier to remember than a scientific jumble of letters and numbers. However, I didn't think to say that on short notice. If any of my Montreal readers (if I have any) have seen this issue, I'd love a copy or a scan. I just know it was for a weekly paper.

The rest of the trip is not interesting enough to write about, not that the above was. I'll close by mentioning another losing bet I just found out about. While still in Montreal, I made a bet that Bodog would not get a player from Nunavut by the end of the year. I just found out today that some guy from Cambridge Bay, Nunavut, opened an account. Dang!

p.s. Perhaps the governor of California is a reader of my blog. On the web site for the governor's office there is a memo from Arnold with the same hidden message as the tombstone. At first I thought it was a hoax, but it appeared on the state of California web site. It has since been taken down. You can see more information about it at sfgate.com.