I need help with a puzzle called Eternity II. The prize for solving the puzzle is a staggering $2,000,000, a considerable amount of money to me. Here's a link to an interview, including the game maker himself, Christopher Monckton (former adviser to Margaret Thatcher, among many things). The game is obviously not really about gambling at all, but despite this fact, maybe you could add a word or two on your web page about it.

The game maker brags about the puzzle to be insolvable, in that link given above. I'm starting to think that he's actually right, and that he himself is the only one who will eventually become rich from selling that (ridiculous but fascinating) game. How would you, being a mathematician and all, go about solving this type of puzzle?

I hope you’re happy; I’ve been obsessed by this puzzle for the last month or so. I was lucky (or perhaps unlucky) to find the 256-piece puzzle at the local Borders book store, but I had to buy the four clue puzzles on eBay, from a guy in Australia.

I wrote a program that can easily solve the four clue puzzles. It solved the 72-piece clue puzzle #4 in less than a second. The way I did it was with a simple brute-force recursive program. I mapped out a path on the board, starting with the border. At each position, the program looped through all the unused pieces, looking for one that fit. If it found one, it moved to the next square, if it didn’t, it moved back a square.

I have had two computers crank away at the 256-piece $2 million puzzle for weeks, and neither have come anywhere close. I tend to agree with what the creator said in that video, that if you hooked up ten million of the world’s fastest computers, they still might not find the solution by the death of the universe. You would think I would have heeded his warning before starting, but in the face of a good puzzle, all consideration for practical use of my time goes out the window.

I have lots of ideas for shortcuts, but even if they sped up my program by a factor of a billion, it still probably wouldn’t help. I’m going to be extremely impressed if anybody solves this thing. What really nags at me is I feel there is some undiscovered branch of mathematics that could solve puzzles like this easily. Until then, I think glorified trial and error is the best we can do to solve it. Today’s computers are simply too slow, and the number of combinations too vast, for that to have much of a chance of success. 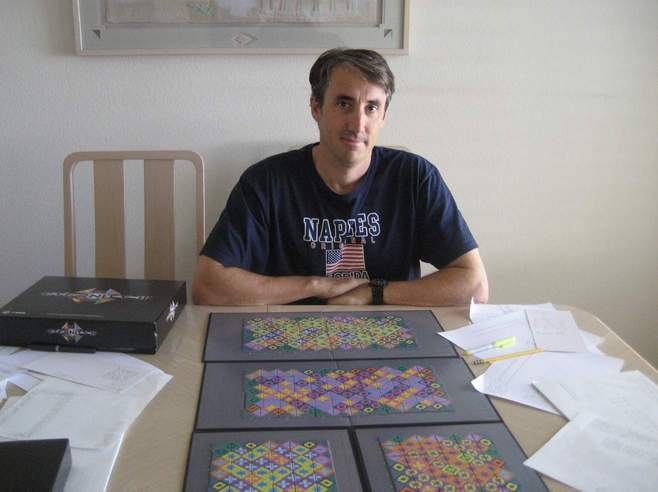 Tim from Grimsby, ON

Unless life changing amounts of money are involved, I disapprove of hedging, per my seventh commandment of gambling.

Hi there. I often spend down time playing your free craps game. Thank you, I think it is great. I know nothing about computer programming, and my question is about the dice outcomes. Are these completely random rolls every time? Would you see similar outcomes of 100 consecutive rolls on the computer program as you would throwing dice 100 times?

Thank you for the compliment. That program was written in JavaScript. Drawing a random number is a simple one line command. Math.random() will return a random decimal between 0 and 1. Here is a simple program to generate 25 dice throws. If you refresh this page, you should get different results every time.

In my opinion, the random numbers generated are good enough for the purpose of the game. However, if I were making a real money game, I would take efforts to use a better, and more secure, random number generator.

How do the odds at the Greyhound tracks compare to the horse tracks?

I called the Naples/Fort Meyers greyhound track in Florida. The person I was directed to said that the takeout, or track cut, ranged from 19% for the simple win, place, and show bets, to 21% for pick-2 bets like the quinella, to 25% for more exotic bets like trifectas. This is very similar to the takeout in Florida for horse racing. From anecdotal information I have heard, the takeout is more or less the same everywhere between dog and horse racing.