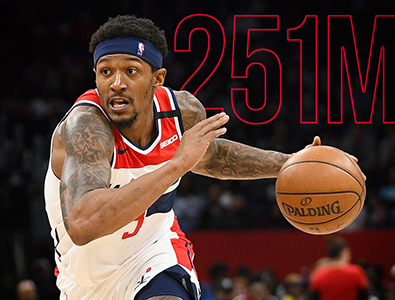 On Thursday, June 30th, 2022 the Washington Wizards agreed upon terms with their superstar shooting guard, Bradley Beal, on 5 - Year maximum contract extension worth up to approximately $251 million.

Last Thursday the Washington Wizards signed Beal to a 5 - year max contract extension valued at around $251,019,650. Bradley will now average an astonishing $50,203,930 per NBA season, and all of the $251,019,650 was guaranteed total money due at the time of signing his new deal. Bradley is now scheduled to become an unrestricted free agent once again in 2027 when he will be 34 - years - old.

Beal has been a consistent scorer as well as an outstanding defender who has the ability to shut down or at the very least slow down the opposing player that he is assigned to guard on any given night.

The Future of the Washington Wizards

Now that Beal is healthy the Washington Wizards have decided to try and fatten up their team roster with better players in order to try and make a playoff push during this upcoming 2022 - 2023 NBA season. The Wizards have signed center Kristaps Porzingis, they have traded for guards Monte Morris and Will Barton, and also added the former NBA free agent in Delon Wright.

The Washington Wizards have several other young ball players who could possibly play a role with their basketball squad too. These players include the Washington Wizard's last 4 - 1st - round NBA draft picks in guard Johnny Davis as well as forwards Corey Kispert, Rui Hachimura, and Deni Avdija. 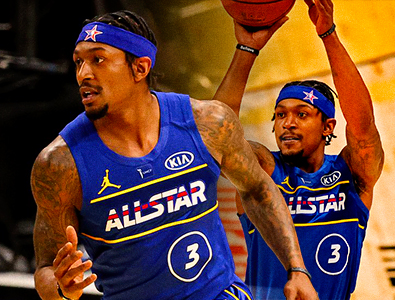 Although the Washington Wizards are making strides in the right direction, I do still believe they are a ways out from contending in the Eastern Conference of the National Basketball Association, but we will see if they can make the next step forward by making it into the NBA playoffs this upcoming basketball season.