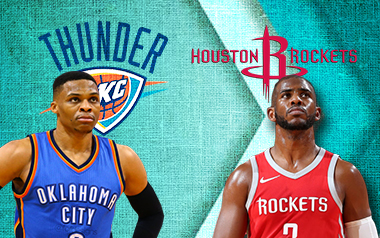 Along with Chris Paul the Thunder will also receive other assets from the Rockets. Oklahoma City will also acquire two protected first round draft picks in the 2024 and 2026 NBA drafts. Draft numbers 1-4 on both picks will be protected. The Thunder will also get two pick swaps in 2021 as well as 2025.

What Sparked this Trade?

The catalyst for this trade agreement came after the Oklahoma City Thunder traded Paul George to the Los Angeles Clippers so that he could join forces with Kawhi Leonard in LA. Once that blockbuster trade occurred, Westbrook started demanding a trade knowing that he will no longer be able to compete in the very competitive Western Conference with the current team he had in Oklahoma City. Rumors began circulating that Westbrook would be traded to the Miami heat to team up with the Heat’s recently acquired All Star guard Jimmy Butler.

This latest NBA trade makes a lot of sense for the Houston Rockets. Former NBA MVP, James Harden, swapped out an aging and often injured point guard in Chris Paul for a younger more explosive and more athletic one in Russell Westbrook. This should allow for the Rockets offense to be even better than it already was. The problem with Houston is that they don’t play great defense. Head coach Mike D’Antoni’s style of play revolves around a fast paced high powered offense that utilizes isolation, 3 point shooting, and drive and kick offensive philosophies.

The Future of the Oklahoma City Thunder…

…looks very bright but will take patients in order to build it out the right way. The Thunder may have 15 first round draft picks and pick swaps in four separate seasons from 2020 to 2026. This will give them the ability to get great young basketball prospects that will create an outstanding team several years down the road. They will have to use a similar system to how the Philadelphia 76ers build their powerhouse team. This system basically entails tanking and drafting well until all the right pieces are there to contend in the Western Conference.

"We're excited to have Russell Westbrook," says Tilman Fertitta the owner of the Houston Rockets. "I would watch him play for Oklahoma City, and he's so athletic. At the same time, this franchise just had the two years with the most wins it's ever had in consecutive years, and we wouldn't have accomplished that without Chris Paul. Chris Paul is unbelievable, and he's gonna be sadly missed."

"I said at the end of the year, 'We're never gonna stand pat,'" explained Fertitta. "We're always gonna try to get better. I think this makes us a better team. I hate to lose Chris Paul, but we felt like we did what we had to do to become a better team.

"I think it'll be very interesting and fun. James and Russell wanted to play together. It ought to be fun this year."