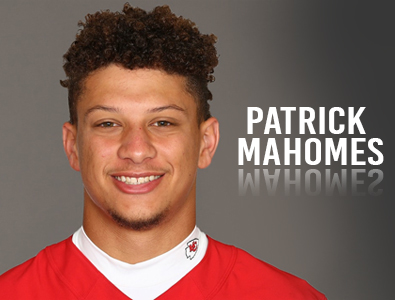 The young and talented Patrick Mahomes II seems to have it all these days. He just led his Kansas City Chiefs to a victory in Super Bowl LIV in which he was named the Super Bowl LIV most valuable player (MVP). The superstar quarterback has all sorts of big name endorsement deals with huge national brands such as Adidas, Oakley, Head & Shoulders, State Farm, Bose, DirecTV, Essentia Water, and Electronic Arts. Not to mention he just signed a ten year contract extension worth up to $503 million.

Well now Mahomes II has used some of that half a billion dollars from his new deal with the Kansas City Chiefs to purchase a stake in the Kansas City Royals Major League Baseball franchise. Patrick is now the youngest person in history to become part owner of a major professional sports franchise.

List of Other Young Athletes that Became Sports Franchise Owners

The starting quarterback of the Green Bay Packers, Aaron Rodgers, purchased a chunk of the Milwaukee Bucks NBA franchise when he was only 34 years old. The news of this deal was publicly announced between quarters of a Milwaukee Bucks playoff game against the Boston Celtics in 2018.

The former NBA point guard and huge soccer fan, Steve Nash, bought in to the Vancouver Whitecaps MLS franchise also at the age of 34. This deal occurred in 2008, and Nash was a big proponent of getting a professional soccer club to the city of Vancouver.

One of the greatest NHL players of all time, Mario Lemieux, won his bid to become an owner of the team he played for in the Pittsburgh Penguins. He was 33 and had retired from playing professional hockey at that time, but he eventually returned to the ice in 2000 in an amazing comeback.

NBA superstar Kevin Durant joined the ownership group of the MLS franchise, the Philadelphia Union, earlier this year. He owns 5 % of the soccer team, and he bought in at the age of 31 years old.

Another big name star of the NBA that is currently an active player, James Harden, also purchased a piece of a Major League Soccer franchise. Harden was only 29 years old when he became an owner of the Houston Dynamo & Dash.

Serena and Venus Williams hold ownership stake in the Miami Dolphins NFL franchise. These two extremely famous tennis stars were in their late 20’s when they became owners as Serena was 27 and Venus was 29. In 2009 when this transaction occurred, they became the first female African – Americans to own part of an NFL franchise.

At the tender age of 28 the former NBA big man from China, Yao Ming, became an owner of the Shanghai Sharks. This is where Yao Ming started his professional basketball career, and he may have caught a break by buying in at a time when the franchise was battling financial troubles.

In 2011 Lebron James purchased a 2 % stake in the Liverpool Football Club at the age of 26. Although this franchise was struggling at the time LeBron bought in, their recent success has certainly paid off for King James.

The youngest by far out of this prestigious group is Alexis Olympia Ohanian Jr. She is the daughter of Serena Williams and the co-founder of Reddit, Alexis Ohanian. At just the age of 2 years old she became part owner of the Angel City FC. Angel City FC was an expansion soccer team of the NWLS based out of Los Angeles, CA. Even though Alexis Olympia Ohanian Jr. is not a professional athlete yet, she may very well be on her way with those solid genes. 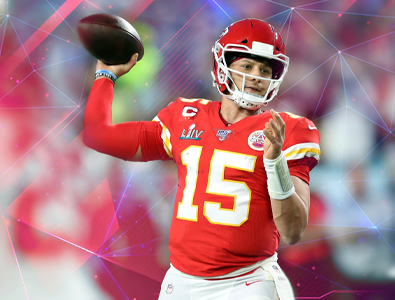 The Kansas City Royals are a small market MLB franchise, but they were able to make it to back to back appearances in the World Series in 2014 and 2015. The team became World Series champions following the 2015 season for the first time since 1985 when they won their first and only other World Series championship. With the Royals in a rebuilding period, Patrick Mahomes is most likely getting in at an opportune time. Hopefully he will be able to celebrate his success on the gridiron with the Kansas City Chiefs simultaneously with the good fortune of the Kansas City Royals on the baseball diamond.

"He loves football, but he also grew up loving the game of baseball,'' says the principal owner of the Kansas City Royals, John Sherman. "We look forward to many years of a winning partnership.''

"I'm honored to become a part-owner of the Kansas City Royals," Patrick Mahomes expressed in his statement recently released by the team.

"I love this city and the people of this great town. This opportunity allows me to deepen my roots in this community, which is something I'm excited to do."

“We are very proud and excited to have Patrick as our partner in the ownership group of this franchise,” Sherman explained. “Along with the rest of Kansas City, I have watched Patrick compete and become an extraordinary leader, both on and off the football field.”

“Baseball had been pretty much his whole life growing up, and he always played basketball, too,” Mahomes’ father said. “Those were his two sports. I was trying to keep him from playing football. But then his junior year in high school, he said he wanted to try this quarterback thing and see where it took him.”

“I’m honored to become a part owner of the Kansas City Royals,” Mahomes proclaimed. “I love this city and the people of this great town. This opportunity allows me to deepen my roots in this community, which is something I’m excited to do.”

“He’s proven himself to be one of the top professional athletes and competitors anywhere, and he’s built a championship culture,” Sherman stated. “He loves football, but he also grew up loving the game of baseball. We look forward to many years of a winning partnership.”

“I’m invested in the future success of BioSteel,” Mahomes reports. “It is something that is authentic to me and something that I believe in because they are doing it the healthy way.”

“I still don’t eat a ton of vegetables,” says Mahomes.

“I want to have that expectation and pressure,” the MVP quarterback emphatically states. “I put as much pressure on myself as anybody. I’m going to continue to be the same person I’ve always been.”

“I’ve watched and researched on how they got to where they are at,” Mahomes said. “I’m trying to formulate a plan where I can take those next steps off the field.”

“Where Patrick Mahomes stands among youngest athletes to own a team after buying stake in Kansas City Royals: Mahomes becomes one of the few athletes to own a sports team in his 20s”, Gabriel Fernandez, cbssports.com, July 28, 2020.