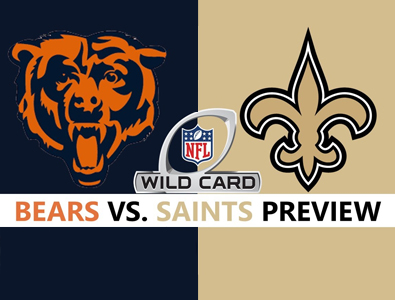 Now that the regular season of the National Football League concluded on Sunday, January 3rd, 2021, the NFL postseason is all set to begin this weekend with games on both Saturday the 9th of January and Sunday the 10th of January, 2021. This year the NFL playoffs have been expanded as 7 teams from the NFC and 7 teams AFC will make a postseason appearance. Both the Kansas City Chiefs and the Green Bay Packers were the number one seeds in their respective conferences which grants them a bye during this weekend’s wild card round of the NFL playoffs.

Details of the Chicago Bears vs. the New Orleans Saints 2021 Playoff Game

The Chicago Bears managed to sneak in to the 2021 NFL playoffs by posting a regular season record of 8 and 8. Surprisingly the Bears started their year by winning five of their first six ball games, but then Chicago began facing some major adversity as they lost their next six consecutive contests. Then they found their winning ways once again by coming out victorious the following three games before losing their last game of the regular season to their divisional rivals in the Green Bay Packers.

The Chicago Bears have been dealing with a quarterback controversy throughout the 2020 – 2021 NFL season. They began the year with Mitchel Trubisky as their starting quarterback, but they benched him during their third game against the Atlanta Falcons. Nick Foles took over at quarterback leading the Bears to a couple of very exciting come back wins, but his success faded fast leading to Chicago going back to Trubisky for the majority of the second half of the NFL regular season.

Trubisky has generally played well since returning to the Chicago Bears starting line up, but he makes costly mistakes when he attempts to force the ball downfield through the air which often leads to interceptions. Mitchel will need to refrain from turning the ball over if the Bears are looking to make a solid playoff run this year. Over the course of the last quarter of the season the Chicago Bears have been featuring a heavy dose of running the football with David Montgomery, and this game plan has been highly successful for Chicago. Look for the Bears to continue their fierce rushing attack this Sunday against the New Orleans Saints, and then work off of the run with play action passes and bootleg roll outs by Trubisky. If the Chicago Bears can dominate in the trenches and play a physical brand of football, they may just be able to upset the heavily favored New Orleans Saints with a huge win on the road in the playoffs. 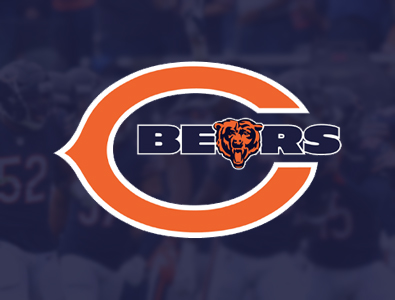 The New Orleans Saints finished their 2020 – 2021 regular season campaign with an overall record of 12 and 4. Their superstar quarterback, Drew Brees, has been battling injuries at his old age, but their back up quarterback Taysom Hill has filled in nicely for Brees when he has been listed inactive. The Saints will most likely use their extremely talented back, Alvin Kamara, in a multifaceted offensive attack. Look for New Orleans to try to get their All Pro wide receiver, Michael Thomas, more involved in the offense as he is having a career low season in which he has delt with injuries as well as disciplinary issues with his organization.

This game may very well come down to which team plays better defensively. The Chicago Bears have an outstanding defense, but they do show signs of vulnerability at times when their offense struggles to score points. The New Orleans Saints tend to be more successful when their defense turns the ball over, and they play a more aggressive style of football. I believe this game will be close, and it could possibly come down to a last minute kick as it did when these two teams played on Sunday, November 1st, 2020. That game ended in overtime on a New Orleans Saints winning field goal.

These are the current odds according to Bovada sportsbook as of Tuesday, January 5th, 2021.