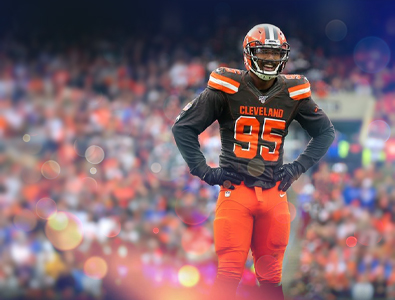 The Cleveland Browns have signed their young and talented superstar defensive end, Myles Garrett, to an unbelievable contract extension. The new deal is for five years and is worth up to $125 million. Garrett is now the highest paid defensive player in the entire National Football League as he just passed Khalil Mack of the Chicago Bears who currently earns $23 million per season. Mack’s contract involves $90 million in total guaranteed money.

The $125 million agreement over the upcoming five NFL seasons is fully loaded. The new deal includes a $21 million signing bonus, $50 million in guaranteed money due at the signing, $100 million in total guaranteed money, and Garrett will average $25 million per season while playing for the Cleveland Browns. Myles is now scheduled to become a free agent once again following the 2026 – 2027 season of the National Football League. Garrett’s rookie contract from 2017 was originally a 4 year deal worth $30,412,255. 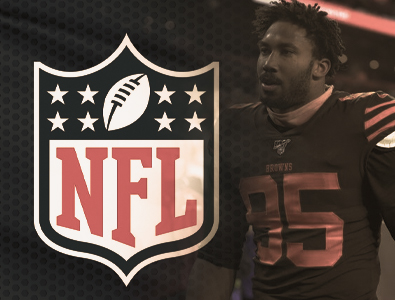 The Cleveland Browns explosive pass rushing defensive end, Garrett, was born and raised in Arlington, Texas. He attended James Martin High School in Arlington, TX where he was a letterman in football, basketball, and track. He was a force on the field racking up 19.5 sacks as a senior which made him a five star recruit as well as being ranked the second best overall player nationally in his class.

Garrett decided to enroll at Texas A & M University located in College Station, Texas. While playing for the Aggies he quickly became one of the best defensive players in the extremely competitive SEC conference. He broke the SEC rookie sack record previously held by Jadeveon Clowney who is another dominant force in both college and the National Football League as well. Garrett’s only downfall was he suffered a variety of injuries throughout his college football playing career which sidelined him for a number of games.

With the overall first pick in the first round of the 2017 NFL draft the Cleveland Browns selected Garrett as they were focusing on acquiring a game changing pass rusher at the defensive end position, and Myles is just that and more. Throughout his first three seasons in the National Football League Garrett was selected to the NFL Pro Bowl in 2018 as well as making the NFL’s Second Team All Pro in 2018. He has recorded 104 tackles, 30.5 sacks, 6 forced fumbles, and 1 fumble recovery.

The Browns have struggled mightily over the past few decades, but they have invested heavily in this young and talented core of promising NFL players on both sides of the ball. With the great players featuring Baker Mayfield, Jarvis Landry, Odell Beckham Jr., Kareem Hunt, Nick Chubb, Myles Garrett, Olivier Vernon, and others. The Cleveland Browns also hired Kevin Stefanski as their new head coach heading into the upcoming football season.

Although the Cleveland team appeared to be overrated and under performing on the field last year, they are focused on proving everyone wrong about their identity as overpaid losers by turning things around for the upcoming 2020 – 2021 NFL season. Hopefully they will at least have a winning season and make the playoffs.

"In 2017, the Cleveland Browns bet on me," Myles Garrett expressed in a statement released through the Cleveland Browns. "This city quickly became my home and these people quickly became my family. I'm eternally grateful for this opportunity, the support of my friends and family, the organization, my teammates, the fans -- I could go on forever, but even that wouldn't be enough time to express my gratitude. I'll just say this: Keep betting on me, Cleveland, because I won't let you down. Now, let's get to work." 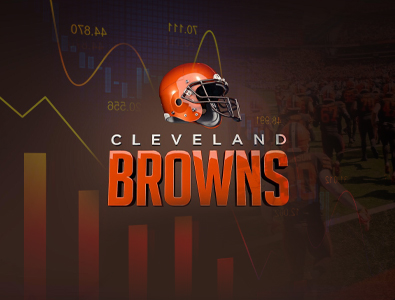 "Now I have to assert myself as top dog," says Garrett. "I feel like I'm confident and ready to do that.

"They had faith in me, and now I've got to give [the Browns] a reason to have that faith," Garrett stated. "I'm going to do my best to make it worth it to them."

"I was in the [defensive] player of the year conversation [last year]," Garrett explained. "I don't want to make it a conversation anymore. This next year, I want to ball out, win that award ... take my team to the playoffs. ... I want to lead Cleveland to the promised land."

"The players I've played with and know, that's not who they see. They've never thought of me that way. I've never been that."

"I don't have any ill intent towards either of them," Garrett proclaimed.

"I really wanted to reach out and help where I could," says Garrett. "Those stories that reached me personally and touched me on a deeper level."

“Browns' Myles Garrett says it's 'time to prove it' on being the highest-paid defender in NFL history”, Jake Trotter, espn.com, July 16, 2020.