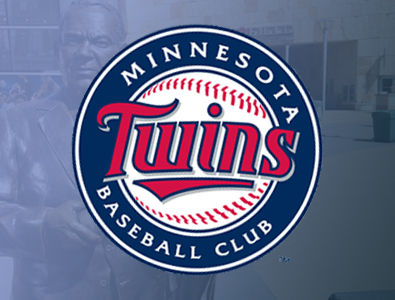 On Friday, June 19th, 2020 the Minnesota Twins officially announced they will be removing the statue of their former owner, Calvin Griffith, due to some heavily racial statements that he made during a speech in 1978. These are comments that obviously the Minnesota Twins cannot ignore in this day and age, and by the Twinkies taking down his statue they hope it makes Target Field located in Minneapolis, Minnesota a more inviting as well as welcoming venue for baseball games in the near future.

The ex – owner of the Minnesota Twins, C. Griffith had once said, "I'll tell you why we came to Minnesota. It was when we found out you only had 15,000 blacks here," Griffith said then. "Black people don't go to ballgames, but they'll fill up a rassling ring and put up such a chant it'll scare you to death. We came here because you've got good, hardworking white people here."

Unfortunately, and undenounced to Griffith there was a newspaper reporter present when he made these racist comments during his speaking engagement in Waseca in 1978, and those bigoted comments tarnished his reputation as well as his legacy from then up until the present day. Once you publicly state something it can never be taken back as proven with the history of the once well revered owner of the Washington Senators Minnesota Twins, Calvin Griffith.

The Statues Outside of Target Field

The amazingly aesthetic Target Field was built primarily for the Minnesota Twins not too long ago as it opened to the public for the 2010 Major League Baseball season. Prior to that the Twins resorted to playing their home baseball games in the Hubert H. Humphrey Metrodome in Minneapolis, MN. They shared that wretched stadium with the Minnesota Vikings of the National Football League and pretty much every other college and professional sports team in Minnesota as well.

Baseball indoors is no good in my opinion, and not to mention the ceiling was white which if you don’t know is the same color as a baseball is. Imagine having to play center field in that old dump known as the Metrodome, but fortunately for everyone involved that is no longer the case. I look forward to making it out to Target Field for a baseball game in the near future as long as we do get the privilege of having a Major League Baseball season this year (2020). 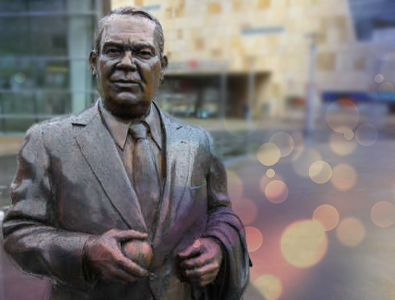 "I'll tell you why we came to Minnesota. It was when we found out you only had 15,000 blacks here," Calvin Griffith said in a speech he made in 1978. "Black people don't go to ballgames, but they'll fill up a rassling ring and put up such a chant it'll scare you to death. We came here because you've got good, hardworking white people here."

"While we acknowledge the prominent role Calvin Griffith played in our history, we cannot remain silent and continue ignoring the racist comments he made in Waseca in 1978," the Minnesota Twins explained in a recently released statement. "His disparaging words displayed a blatant intolerance and disregard for the Black community that are the antithesis of what the Minnesota Twins stand for and value.

"Our decision to memorialize Calvin Griffith with a statue reflects an ignorance on our part of systemic racism present in 1978, 2010 and today. We apologize for our failure to adequately recognize how the statue was viewed and the pain it caused for many people -- both inside the Twins organization and across Twins Territory. We cannot remove Calvin Griffith from the history of the Minnesota Twins, but we believe removal of this statue is an important and necessary step in our ongoing commitment to provide a Target Field experience where every fan and employee feels safe and welcome."

"I understand and respect the Minnesota Twins decision to remove the Calvin Griffith statue outside Target Field," says Rod Carew who is not only one of the greatest Minnesota Twins players of all time but a proud black man as well. "While I've always supported the Twins decision to honor Calvin with a statue, I also remember how inappropriate and hurtful his comments were on that fateful day in Waseca. The Twins did what they felt they needed to do for the organization and for our community. While we cannot change history, perhaps we can learn from it."