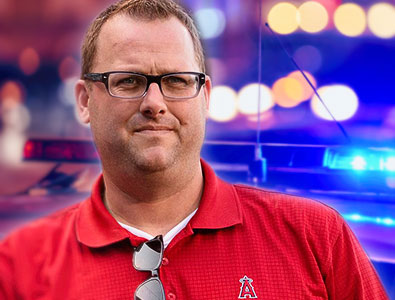 On Thursday, February 17th, 2022 a jury in a federal court found the former Los Angeles Angels’ director of communications, Eric Kay, guilty on 2 - felony charges. The jury also agreed with the United States government that Kay distributed the fatal drug, fentanyl, and that caused the death of the former pitcher for the Los Angeles Angels of Anaheim pitcher, Tyler Skaggs.

Kay will not be sentenced until June 28th, 2022, and Eric faces a minimum sentence of at least 20 - years in prison for his involvement in the death of Tyler Skaggs.

The jury spent less than a couple of hours in order to deliberate this case and make their ultimate decision that holds the fate of Kay’s future. Eric was easily, quickly, and responsibly convicted on his felony charges following the 8 - day trial that just wrapped up this week. This case saw 8 - Major League Baseball players take the stand as witnesses, and 5 of them were forced to admit to their own illicit drug use as well.

Skaggs who was 27 - years – old pitcher when he died on July 1st, 2019 when he was on an Angel’s road trip to Texas to play the Rangers following his ingestion of a combination of oxycodone, fentanyl, and alcohol. Kay has now admitted to being the provider of the oxycodone to Skaggs as well as some of the other players on the Angels team, but Kay’s defense claimed the 2 - men were basically comrade addicts that had an agreement that Skaggs would compensate for their drugs while Eric would complete the drug transactions for the both of them. Kay refused to testify during his trial most likely due to advice coming from his attorney or attorney’s.

Kay as well as his family sat in court and they were found in stunned silence following the verdict being read, while just several feet away the widow of Tyler Skaggs, Carli, and his mother, Debbie Hetman, cried as they emotionally embraced each other.

"We're obviously disappointed with the verdict," says the defense attorney Reagan Wynn. "There are no winners in this. It's just a tragedy all around."

Hetman decided not to comment as she excited the courtroom, but her attorneys issued a statement on behalf of the family that said, "We are very grateful to the government and the jury for seeing this important case through to the right verdict. Tyler was the light of our family. He is gone, and nothing can ever bring him back. We are relieved that justice was served, although today is a painful reminder of the worst day in the life of our family." 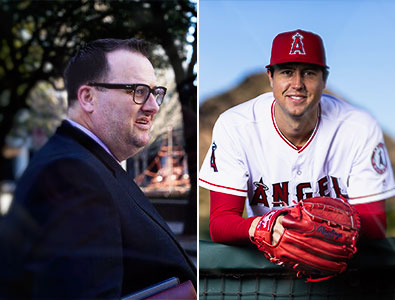 The defense attorney of Eric Kay, Michael Molfetta, came on attack of the government's case during his closing argument by claiming it was, "reverse engineered," to get Kay because of Skaggs' celebrity, and Molfetta goes on to say, "Do you think if Eric Kay was dead, we'd be here?"

Molfetta also proclaimed that the definitive responsibility for Skaggs' death sit with the late pitcher himself and himself only.

"When does a grown man who's living a life of complete luxury and privilege -- he doesn't even carry his own luggage -- when does he take responsibility for his own actions?" Molfetta relayed to the jury. "Tyler Skaggs didn't deserve this; no one does. But he was responsible for it."

By the shocking dispatch of the jury's verdict, a few of the attorneys in the courtroom explained it was clear that the jurors had made up their minds well prior to the closing arguments of the case.

Where it all Began

This dilemma began back in 2017, when Skaggs and Kay first met, and this was well before the beginning a relationship in which 2 - addicted opioid users began to crush up and snort opioid pills in the clubhouse together. Kay explained to the United States Drug Enforcement Administration (DEA) agents in 2019 that Tyler had previously introduced him to a drug dealer, and that compensated for both of their drug addictions even though Kay handled the drug transactions himself.

Over the following several seasons, Skaggs connected approximately 4 - other Los Angeles Angels of Anaheim players in touch with Kay, expressing to them that Kay could acquire drugs such as oxycodone for them. 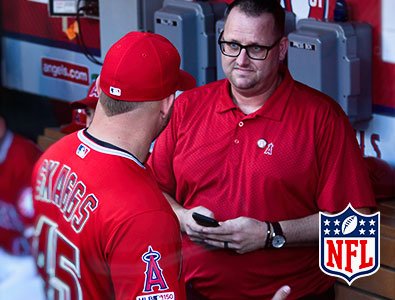 Eric voiced to investigators that he did not have the pills with him, and that when Kay came over to Skaggs' room there was already 3 - pills crushed up as well as lined up to be sniffed on Tyler’s desk. Kay claims that he didn’t ingest any sorts of drugs, and that Eric was on the anti - opioid drug of naloxone at that current time. He proclaimed that Tyler was fully - conscious when he left the room.

The next morning of July 1st, when Skaggs was unable to respond to multiple texts as well as phone calls from his wife, the Angels’ team appointed security officials checked on his room and they found him dead upon arrival.

The Skaggs’ family presently has a civil law - suit pending vs. the Los Angeles Angels of Anaheim for the negligence in this situation.

The Los Angeles Angels of Anaheim previously issued a public statement on Thursday, February 17th, 2022, "On behalf of the entire Angels Organization, we are saddened by the devastating heartache that surrounds this tragedy, especially for the Skaggs family. Our compassion goes out to all families and individuals that have been impacted. The players' testimony was incredibly difficult for our organization to hear, and it is a reminder that too often drug use and addiction are hidden away. From the moment we learned of Tyler's death, our focus has been to fully understand the circumstances that led to this tragedy.