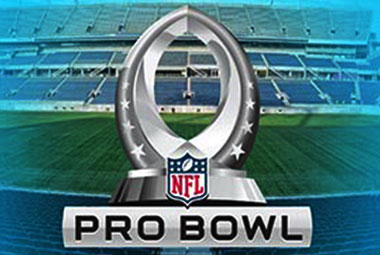 On Tuesday, October 22, 2019, the Denver Broncos announced a blockbuster trade prior to the NFL trade deadline. The Broncos are shipping their superstar wide receiver, Emmanuel Sanders, to the San Francisco 49ers along with their fifth round draft pick in the 2020 NFL Draft. In exchange for the once amazing wide out Sanders, the Denver team will get San Francisco’s third and fourth round draft picks in the 2020 NFL Draft.

Sanders was a big part of the offense for the Pittsburgh Steelers early on his NFL career. He was selected 82nd overall in the 2010 NFL draft by Pittsburgh. In his first year playing in the National Football League he played in Super Bowl XLV with the Steelers as they lost that game to Green Bay Packers 31-25.

Later on, after Super Bowl XLV it was determined that Sanders performed in that game with a fractured foot, and although the Pittsburgh Steelers lost in that Super Bowl, he was determined to make it back to the big dance once again.

In the 2015-2016 NFL season, Sanders was playing with the Denver Broncos. He was instrumental in helping the Broncos defeat the Carolina Panthers 24-10 in Super Bowl L making Sanders a Super Bowl Champion.

He is also a two-time NFL Pro Bowl wide receiver as he was selected to the all-star game of professional football in both 2014 and 2016. It seems like he has about another several years of being an impact player in the NFL so we will see if the speedy wide out can add to his National Football League resume.

Sanders will add a fast and elusive offense threat to the currently undefeated San Francisco 49ers. The Niners will face the Carolina Panthers in week 8 of the 2019 – 2020 NFL season, and it is undetermined if Emmanuel Sanders will participate in that match up after he passes his team physical. If not, the 49ers will play the Arizona Cardinals on Thursday Night Football the following week on Thursday, October 31st (Halloween), and Sanders should be ready to go for that game.

"Obviously it's hard any time you break up," Sanders explained to KCNC-TV while leaving the Broncos' facility as today’s practice began, "... We had a great run out here in Denver, a lot of great times."

Sanders stated he was ready to, "get out to San Fran and showcase my talents.''

"I think eventually with what happened after the Tennessee game and where we were and the opportunity to, with the value of what we're getting for him, it was the best thing for our football team to trade Emmanuel,'' Elway expressed.

"Emmanuel is a passionate football player whose toughness and competitive nature have helped him become a dynamic playmaker in this league," says the San Francisco 49ers general manager, John Lynch. "He possesses a number of qualities, on and off the field, that we value in our players. His familiarity in a similar offensive system will allow for a quick transition. We are excited to add Emmanuel to our roster and look forward to seeing him positively impact our team."

"Man, he's incredibly dynamic," says the San Francisco 49ers cornerback, Richard Sherman. "I think he's going to be great in our offense. Obviously, Kyle does a great job of using speed and explosiveness and him coming from a similar system to ours, it will make this transition pretty seamless and easy. I'm sure Kyle is licking his chops on integrating him in."