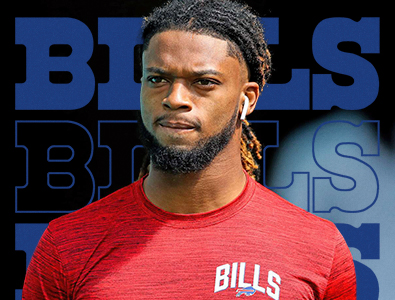 On Thursday, January 5th, 2023 the Buffalo Bills safety, Damar Hamlin, has reportedly been making remarkable progress after his serious cardiac arrest situation in which he almost died on the field last Monday, January 2nd, 2023. As he continues his recovery after collapsing on the turf during this week’s Monday Night Football game between the Cincinnati Bengals and the Buffalo Bills.

The Progress that Damar Hamlin has Demonstrated

Damar's agent, Ronald Butler, told The Associated Press that Hamlin is now awake, and that he has been able to hold the hands of his family members on his own while his family and friends surround his hospital bed.

The Buffalo Bills have recently released an update on Damar's status from their team physicians Thursday morning, observing that although he remains critically ill, he appears to be neurologically intact and making drastic improvements.

"Per the physicians caring for Damar Hamlin at the University of Cincinnati Medical Center, Damar has shown remarkable improvement over the past 24 hours," the Buffalo Bills reported. "While still critically ill, he has demonstrated that he appears to be neurologically intact. His lungs continue to heal and he is making steady progress. We are grateful for the love and support we have received."

“The phrase neurologically intact refers to a person who is moving their extremities with some form of purpose, and if they're able to understand basic commands," a cardiologist who is unable to treat Damar Hamlin explained to ESPN's Coley Harvey. 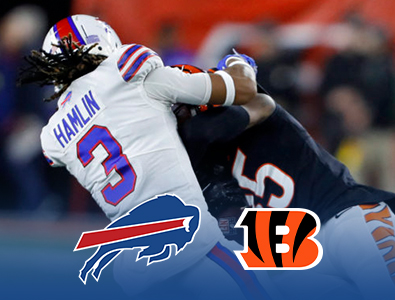 The On the Field Attempts to Save his Life

The multiple CPR attempts that were administered to the 24 - year - old Damar, after he collapsed on the field last Monday night for several minutes following his tackle of Cincinnati Bengals wide receiver, Tee Higgins, managed to possibly save his life. Damar received the necessary oxygen that ne needed to survive, as he was eventually placed in the ambulance and taken off of the field last Monday night. Then Hamlin was taken to the hospital, where he has remained ever since.

Damar's father, Mario Hamlin, addressed the Buffalo Bills via a Zoom call on Wednesday, January 4th, 2023 in order to provide an update on his dear son. Mario explained to the Buffalo Bills organization that Damar was making increased progress, and in the words of an outside source, "the team needed it."

The NFL’s Rescheduling of the Postponed Game

The National Football League stated on Tuesday, January 3rd, 2023 that the game between the Buffalo Bills and the Cincinnati Bengals would not be resumed anytime this week, and the NFL has not decided yet on continuing the game at a later date as of now. The National Football League has yet to make any changes to their Week - 18 regular - season schedule which includes many 2022 - 2023 NFL postseason implications.

The Buffalo Bills had to make a roster transaction in order to help their safety unit that will be without Damar Hamlin for a while if not forever. They signing Jared Mayden off of the New York Jets' practice squad, and they had to release their veteran cornerback, Xavier Rhodes. Mayden has also previously spent time on the Buffalo Bills' practice squad earlier during the current season.