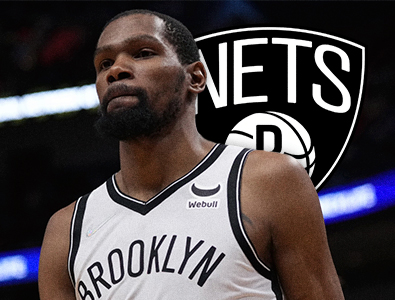 On Tuesday, August 23rd, 2022 the Brooklyn Nets and their superstar shooting guard / small forward, Kevin Durant, agree to move forward together after Durant previously demanded a trade earlier during the 2022 NBA offseason. Durant has ultimately decided to stay in Brooklyn and play for the Nets, according to a publicly released statement from the Brooklyn Nets general manager, Sean Marks.

"[Coach] Steve Nash and I, together with [governors] Joe Tsai and Clara Wu Tsai, met with Kevin Durant and Rich Kleiman in Los Angeles yesterday," Marks explained. "We have agreed to move forward with our partnership. We are focusing on basketball, with one collective goal in mind: build a lasting franchise to bring a championship to Brooklyn."

Kevin had originally demanded to be traded on June 30th, 2022, and then Durant restated that trade wish during a meeting with the Brooklyn Nets’ owner Joe Tsai in London, England earlier this August according to sources. Throughout that meeting with Tsai, Kevin asked Tsai to make a decision on choosing between him or the brain trust of the Brooklyn Nets’ head coach Steve Nash and the Brooklyn Nets’ general manager in Sean Marks. Durant gave the owner the ultimatum of getting rid of them or otherwise to trade him to another NBA franchise immediately prior to the upcoming 2022 - 2023 NBA season.

The Decision of the Brooklyn Nets’ Front Office

Overall, Tsai made it clear that they would not be firing Nash and Marks as they will continue to run the ball club, while Durant will stay in Brooklyn with the Nets as he recently signed a 4 - year and $198 million contract extension during the 2021 NBA offseason, and that new deal actually will begin starting this 2022 - 2023 NBA season.

The Brooklyn Nets have spent the better part of this 2022 offseason of the National Basketball Association dealing with all of the turmoil and disfunction from their biggest superstar players in both Kevin Durant as well as Kyrie Irving.

Irving only played in 29 - NBA basketball games the previous season after he chose to not get the COVID - 19 vaccine that eventually resulted in him naming a list of other NBA franchises that he would have liked the Brooklyn Nets to consider working out a negotiation on a sign - and - trade agreement sending Kyrie to another team that he wished to join.

However, no viable trade was ever able to be hammered out as most NBA franchises would like to keep their distance from the highly - talented yet very controversial and disruptive Irving who opted into the last year of his contract with the Brooklyn Nets following his requested sign - and - trade deal falling through. The Brooklyn Nets could still trade him as an expiring contract, although Kyrie would have no official choice in where he would possibly be traded to, and the Nets and Irving have until June 30th, 2023 to agree on an extension to stay in Brooklyn prior to Kyrie becoming an unrestricted free agent. 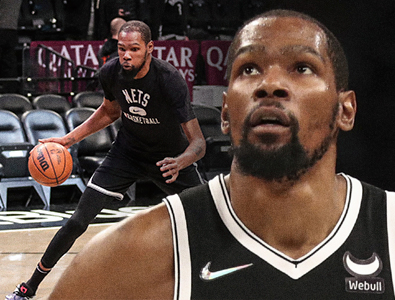 The Uncertain Future of the Brooklyn Nets

With Irving and Durant still on the Brooklyn Nets’ team roster, the Brooklyn Nets will now attempt to focus on improving on their disappointing previous NBA season in which the Brooklyn Nets ended up getting swept out of the 1st - round of the 2022 NBA playoffs by the Boston Celtics in just 4 - quick games. The Brooklyn Nets also hope that Ben Simmons will be a part of their desire to improve their team as they look to chase an NBA championship title concluding the upcoming 2022 - 2023 NBA season.

Simmons was sent to the Brooklyn Nets via an NBA blockbuster trade that moved James Harden to the Philadelphia 76ers last year, but Simmons has yet to make his playing debut with the Brooklyn Nets as he was physically and mentally not able to compete at basketball’s highest level during the 2021 - 2022 NBA season. Ben underwent a microdiscectomy surgical procedure last May in order to remedy pain he was suffering in his lower back with a herniated disk. Simmons is expected to be healthy and the Brooklyn Nets anticipate him to play once their training camp begins shortly from now.

As seen by the above the accolades of both Durant and Irving demonstrates how successful and highly - talented these two superstar basketball players have been in the National Basketball Association throughout their past, and it is absolutely dumbfounding how the Brooklyn Nets could struggle so mightily with the team that they have constructed over the last few years.

Hopefully, the Brooklyn Nets can improve and contend for an NBA championship over the upcoming couple of NBA seasons although I do not necessarily believe that their NBA franchise will be able to perform at the highest level with all of the distractions as well as disfunction that this team continues to face. They definitely have all the tools on paper to dominate the league, but their team chemistry is poor and well below average at best.