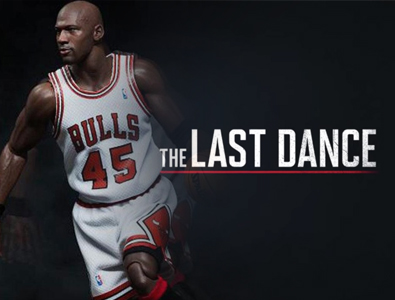 On Sunday, April 26th, 2020 episodes three and four of the epic ten part documentary “The Last Dance” aired on ESPN and shortly after on Netflix. These two episodes primarily focused on the Chicago Bulls and the Detroit Pistons rivalry that peaked during the late 80’s and early 90’s. They also covered the eccentric and talented Dennis Rodman extensively including his time with both the Detroit Pistons and eventually the Chicago Bulls. Episodes three and four definitely did not disappoint as they were highly entertaining and informative.

Dennis Rodman Steps Up in 1997

With the absence of Scottie Pippen from the Chicago Bulls line up at the beginning of the 1997 – 1998 NBA season Michael Jordan was counting on Dennis Rodman to step up his game in order to help the Bulls win. Rodman started out the season slow at first, but he really turned it on and heavily contributed while staying out of trouble after approximately the first quarter of the regular season that year.

Rodman gave it his all in college at Southeastern Oklahoma State University. He was drafted by the Detroit Pistons in the second round of the 1986 NBA draft with the 27th overall selection. Early on in his NBA career he found his dominant role to be playing intense and smothering defense as well as rebounding the basketball. Through hard work and dedication to his craft Dennis ends up being one of the best defenders and rebounders in the history of the National Basketball Association.

Through the method of trial and error, Rodman learns where shooters missed shots will go over time with heavy repetition. He would know exactly where he needed to position himself around the basket in order to pull in rebounds. He mastered this art of the game which definitely led to a great deal of his success in the NBA. Rodman explains his rebounding techniques really well in “The Last Dance”.

The Detroit Pistons had an extremely big, physical, and tough team that liked to beat up on their opponents to throw them off their rhythm. They established a reputation for being overly physical and aggressive which earned their team the nick name of “The Bad Boys.” The game of basketball was much different in the 80’s and 90’s where fouls were called much less frequently. The Pistons took full advantage of this by hammering on the top players they played against.

In May of 1986 the Chicago Bulls and their general manager at the time, Jerry Krause, decided they needed a head coach with more energy and enthusiasm so they fired Stan Albeck. They hired the young Doug Collins to take over as the Bulls head coach for the 1986 – 1987 NBA season. The young Chicago Bulls team gravitated to Collins and his energy was contagious. Jordan made sure his new head coach would not lose his first game with the team by putting up 50 points in Madison Square Garden against the New York Knicks.

Game 5 of the 1989 Eastern Conference Playoffs - First Round

With the Detroit Pistons being the dominant team in the east after finally succeeding the Larry Bird led Boston Celtics many were wondering who would challenge Detroit. Both the ascending Chicago Bulls and the uprising Cleveland Cavaliers were in a position to do so that year. In the first round of the 1989 Eastern Conference Playoffs the Bulls faced off against the Cavs in a hard fought best of 5 series.

With the series tied at 2 – 2 it all came down to game 5 in Cleveland. The Chicago Bulls were down 100 to 99 with only 3 seconds left to go in the contest. Jordan gets the inbound pass, takes a quick dribble, and then rises up on a shot defended by Craig Ehlo. The shot goes in just as time expires, and Jordan celebrates on the court by jumping up and down punching the air. This is one of Jordan’s most famous moments in his illustrious NBA career. MJ says, “We were starting to become a winning franchise and you know the sky is the limit.”

Hatred may be an understatement regarding how the Chicago Bulls and the Detroit Pistons felt about each other during the late 80’s and early 90’s. The 1989 Eastern Conference Championship was a battle royale between the teams. These two teams went at each other incredibly hard. Jordan hit a game winning shot in game 3 to give the Bulls the win putting Chicago up 2 games to 1 in the series. When reporters asked coach Collins what was your call on that last play, he responded by saying, “Give the ball to Michael and everybody get the fuck out of the way.”

The Jordan Rules now became the new focus point for the Detroit Pistons. They were to take him down on every possibly play, and not to let him take flight. Players such as Bill Laimbeer, Rick Mahorn, Dennis Rodman, John Salley, Isiah Thomas, and Joe Dumars beat up Michael with reckless abandon. They hammered him to the ground with every chance they got. The Detroit Pistons defeated the Chicago Bulls 4 games to 2 games in the 1989 Eastern Conference Finals, and they ultimately win their second straight NBA championship. 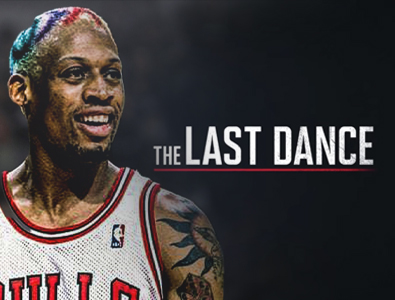 Rodman Bounces around the NBA

Rodman was found in his truck with a rifle after a friend called 911 after being concerned for his well being. Shortly after that incident the Detroit Pistons traded him to the San Antonio Spurs where he played for a couple of seasons. His on the court off the court antics that began in Detroit continued in San Antonio. The reason that the Chicago Bulls were willing to take a chance on Rodman was because of the outstanding leadership in Jordan, Pippen, and their head coach Phil Jackson. If anybody could they could somewhat keep Dennis in line, and allow him to thrive on the court.

With Scottie out of the line up recovering and rehabbing from his foot surgery, Jordan and the rest of the Chicago Bulls were counting on Rodman to help Michael carry the team during Pippen’s absence. Jordan explained that while Pippen was out Dennis was a model citizen, but he could tell it was driving him crazy. Once Scottie returned Rodman told coach Jackson that he needed a vacation. Phil asked if it could be a 48 hour vacation, and Rodman agreed as he left that meeting to board a plane to Las Vegas, Nevada.

Rodman of course did not come back on time when he was supposed to so Jordan had to go get him. MJ knocks on his door to go get him out of bed, and Rodman’s girlfriend at the time, Carmen Electra, proceeds to hide naked in the room while Jordan makes Dennis rejoin the team. The Chicago Bulls knew they had to let Dennis be Dennis in order for him to give his all on the floor during practices and games, and he definitely did just that.

Jackson attended the University of North Dakota to play his college ball, and he was drafted in the second round by the New York Knicks. He was able to win two NBA championships with the Knicks, and after his playing career ended he decided to get into coaching basketball. He began coaching in Puerto Rico where he gained valuable knowledge and experience running a ball club.

He followed that up his time in Puerto Rico by coaching in the Continental Basketball Association (CBA) where he won a championship. Krause had a solid relationship with Jackson and he brought him in as an assistant coach under head coach Collins. Phil learned a lot of basketball philosophy and the triangle offense from another assistant coach Tex Winter. In July of 1989 the Chicago Bulls fired Collins, and they hired Jackson as the Bulls new head coach.

By this time, the Chicago Bulls felt that they were ready to finally beat the Detroit Pistons in the 1990 Eastern Conference Finals. They played well and made it to the final and decisive game 7 of that series, but then hit a major road block. Pippen suffered a massive migraine headache in game 7 causing him to have to miss a lot of contest. The Bulls got blown out by the Pistons, and then Chicago watched Detroit win their second straight NBA championship.

Bulls Dedicate their Offseason to Working Out

The Chicago Bulls new they needed to get tougher to get past their nemesis in the Detroit Pistons. After losing two straight Eastern Conference championship series to Detroit they spent the offseason in 1990 vigorously weight lifting and training to get in the best possible shape for the 1990 – 1991 NBA season.

The Chicago Bulls set the tone in this series right from the get go. They destroyed the Detroit Pistons, and showed them they could handle the abuse that previously would knock them out. The Bulls swept the Pistons in 4 games to make it to the NBA Finals for the first time in franchise history, but Detroit’s behavior after losing this series will forever be remembered.

The Detroit Pistons decided not to shake the hands of the Chicago Bulls after being defeated on their home floor of the Palace of Auburn Hills. The Bulls were insulted in the poor sportsmanship demonstrated by Detroit, and Chicago is still to this day pissed of at the Pistons walk off in 1991. The Chicago Bulls forward Horace Grant said, “Straight up bitches,” in reference to that 1990 – 1991 Detroit Pistons team.

While this was the Chicago Bulls first ever trip to the NBA Finals it was nothing new to Magic Johnson and the Los Angeles Lakers who had won 5 NBA championships in the 80’s. The Bulls were nervous in game 1, and they simply did not play well despite only losing by a couple points.

In game 2 Michael Jordan goes nuts scoring all over the court, and Pippen shut down Johnson defensively. Chicago now realized that was their recipe for winning the series, and they never looked back. The Chicago Bulls won 4 consecutive games to defeat the Los Angeles Lakers 4 games to 1 in the NBA Finals to win their first NBA championship in franchise history.