Bonus Hunting, Then and Now 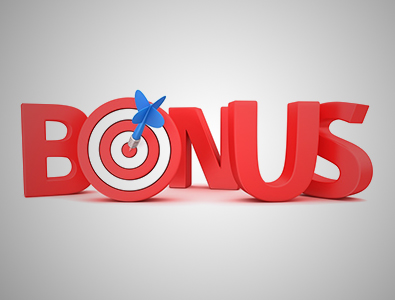 Most people would agree that it would be great to have some kind of gig where they could make serious money sitting at home on their laptop, PC or mobile device without telemarketing or even committing acts of questionable moral repute, on live streaming cam, for, "Donations."

Less than a decade ago, there was such a time, when a person of sufficient motivation and diligence could earn the equivalent of a full-time salary, or perhaps even better, by gambling online. Until about 2005 or 2006, online casinos were extremely liberal in offering extremely easy bonuses for a savvy player to take advantage of, and over enough attempts, these players were essentially all-but-guaranteed to profit.

One of the most, if not the most, profitable game to take advantage of extremely liberal casino bonuses was blackjack. In fact, the majority owner of this site, Joshua Chan of the LatestCasinoBonuses.com (LCB) network made a very considerable amount of money Bonus Hunting online Blackjack games.

With respect to Bonus Hunting, which some have come to refer to as, "Bonus Whoring," there are a few key items that one looks at when attempting to analyze whether or not a promotion will be advantageous:

To answer these questions in order:

This is going to be a major factor in the decision of whether or not to accept the online bonus. Many casinos currently have terms such as, "The cash deposit shall be played before the Bonus amount, winnings from the Bonus are cashable, but the bonus itself is not and will be removed upon a withdrawal request," or some such.

There are two types of non-cashable bonuses and these are known as, "Sticky Bonuses," and, "Phantom Bonuses," and there is a major difference between the two. A Phantom Bonus disappears when a player cashes out or makes a withdrawal request, and since the cash deposit plays first, that means that anything that is lost after the Bonus is added will be lost when the player cashes out. Here is an example:

Player A is playing at the Golden Goose on-line casino and he makes a deposit of $100 and gets a $100 Bonus match with a 20x play-through requirement meaning that he must wager a total of $4000 prior to the Bonus being completed. Until Player A wagers this sum, Player A may not make a withdrawal. If player A is playing a game with a 1% House Edge and must make $4000 in wagers, he expects to lose $40 and will have a Bonus + Cash sum of $160 when it is all done. However, the Bonus amount will disappear when Player A requests a cash out, and since the cash played first, Player A may or may not have ever actually played any money that would be construed as being part of the Bonus. The $100 is removed and Player A has a withdrawable balance of $60, meaning he lost the $40.

These Phantom Bonuses may not seem like they are any good on the surface, but they actually can be. While we may get into specifics on how to take advantage of these Bonuses (this page is meant more as an outline) on future pages or my WizardofVegas.com Forums series of articles, suffice it to say that a player may find an advantage on certain games by betting a high amount relative to the player's overall sum (Cash + Bonus) and then grinding back the rest of the wagering requirement.

For instance, let's say that a player could play such a Bonus on Online Craps, perhaps this player is allowed to bet all $200 on a bet such as Any Craps that pays 7.5 to 1:

The player, having won, has now completed 1x of the 20x playthrough requirement and must now wager an additional $3800 to complete this requirement. If the player can do so on a decent Blackjack game, say a House Edge of .5%, then he expects to lose about $19, so:

It is important to note that the above is for an EXAMPLE ONLY. I am not recommending that play or saying that it is the best way to play it in any way, shape or form. In fact, the player doesn't even need to make an initial bet that doubles the bankroll, necessarily, just as long as the initial bet is such that the result gives enough money to subtract the $100 Bonus and subtract the Expected Loss of the second game to be played and still yields a profit.

"Non-Phantom Sticky," Bonuses are kind of like a phantom bonus in that they cannot be cashed out, but they're significantly more valuable because, when you do cash out, the Bonus amount remains on your account until it is lost. What this means is that the player can win on the same bonus money multiple times, and sometimes, may continue to request cashouts every time the player gets ahead of the amount remaining from the bonus, these withdrawal requests could then, at some casinos, be cancelled and combined into a huge withdrawal at the end.

In the event that the Bonus, itself, is cashable, then, formulaically, the process becomes much simpler. Determine the House Edge and Expected Loss on the best possible game you can play, (though, choosing a slightly higher House Edge on a Blackjack game may be better than a slightly lower House Edge on Video Poker because of Variance, IF probability of success means anything to you...however, if you have a bankroll such that probability of success is not an issue, simply choose the game with the lowest House Edge) and if the Expected Loss is such that some of the Bonus would remain, and can be cashed, then that is a good play.

2.) Are there any Positive Expectation Games?

There are very few on-line casinos that offer Positive Expectation games right off the top, but obviously, if you find a game that would yield a x>100% RTP (Return-To-Player) straight up, then that should be played for a Bonus, unless the Variance is too high for your bankroll and probability of success is a serious concern.

3.) If the games are negative expectation, how much will the player have left after bonuses?

This was addressed in a roundabout way in the first question, but naturally, if a player expects to lose money, overall, on something like a Phantom Bonus, then the player doesn't want to play that Bonus.

Some bonuses, for example, are limited to Slots, Parlor Games (i.e. Keno) and Pull Tabs. Even if a player assumes that the RTP of a slot is 95%, then the player depositing $200 would expect to lose exactly $200 on a $4000 play-through. Again, leading out with a big bet could theoretically turn this into a situation favorable for the player, because he can make a $200 bet risking only $100, cash, if the Terms & Conditions permit, but it is really difficult to quantify an expected profit with a slot machine without knowing the Pays + Probabilities for each result.

Keno is a game that can be readily analyzed with our Keno calculator.

Imagine a Two-Spot Keno Game returns 15-FOR-1 in the event of a win and had a Max bet of $200. The player is bucking a 9.81% House Edge, however, the Variance of the game is somewhat low.

We see that our player is playing with an overall expectation of +$57.97 on that player's initial $100, so this is a very good play, just one that the player will be on the losing end of rather frequently by way of losing the initial $100.

Sometimes the player may not be able to wager as high as $200 in one go, which makes the Math more difficult. Occasionally, simulations may even be necessary, but many of the friendly posters of WizardofVegas.com love to do this sort of thing for fun (including me!) so if you think you have a decent play, we can probably verify.

JUST A NOTE: If you ask for help, chances are, it's not going to be done within five minutes, and often not even within 24 hours, but these sort of things are usually answered, so just be patient!

4.) What Are the Wagering Requirements?

This is perhaps the most important question of all, especially when the Base Game being played has a negative Expected Return. Having to wager $500 at a theoretical 1% loss ($5) is obviously better than having to wager $50,000 ata theoretical 1% loss ($500) so wagering requirements can make or break a good play. Wagering requirements might also change win targets if a player wishes to play with a high probability of winning. Simply put, doubling your money on your first bet may not be enough.

These, "Bonuses," are, by far, the most common way to make money playing at online casinos, and now that we have a few examples of the Math behind them, we can understand why they would be advantageous based on our four key indicators.

There are also no-deposit Bonuses, here and there, by which a player can, "Free Roll," these obviously have a positive expectation because the player can lose nothing and can win something, but, the playthrough requirements are often such that the probability of winning is very low and the House Edge is expected to grind the player down to zero. The expectation is positive, but the probability of winning is fairly low and there are often very restrictive maximum cashouts from such promotions.

Bonuses are much different now than they were a decade (or more) ago because the online casinos got better at Math, and, I think, in some ways entered into a de facto agreement that ridiculously liberal bonuses were not good for any of them. We're talking about 100%-400% Match Bonuses with a play-through of 5x-10x that a player almost couldn't lose even picking a game at random. Sure, some players still lost because they didn't have the discipline to cash out when the playthrough requirements were met, but, there were far too many players beating the casinos.

The online casinos, by and large, have come up with terms that make it anywhere from Moderately Difficult to Nearly Impossible to take advantage of their Bonuses, so a thorough mathematical examination is required before making the attempt. There are many changes between then and now which may include, and may not be limited to:

Bonus Hunting, prior to all of these changes, was even more lucrative than it is today...particularly for players designated as, "High-Rollers," as they might be able to take Bonuses on even larger deposits and under even more favorable terms.

That's not to say that Bonus Hunting, in this day and age, is not a potentially viable source of additional (and, perhaps, even primary) income. However, it does require players to do a lot more work in making sure of what they can and cannot do, and it also requires players to have the mathematical savvy to determine whether a Bonus is any good or not.

Unlike land casinos, at the end of the day, the only way for an online casino to differentiate itself from the competition in what it is willing to give players in terms of promotions. It is for this reason that it is very difficult, if not impossible, for an online casino to never offer a player favorable bonus and expect to successfully compete in the online casino market, vast though it may be. These facts lead to promotions that can be beaten, and many still can, the only difference being that it is more difficult now.

However, for a determined player who is willing to put in the work, time and Math using the excellent tools that can be found at LatestCasinoBonuses.com, WizardofOdds.com and perhaps even some help from posters at WizardofVegas.com it is still possible.