I'm proud to say that on April 15-17 I crossed the Grand Canyon - both ways. This was a difficult 44.5-mile journey involving about 11,000 feet of elevation gain. I've done a fair bit of hiking and mountain climbing in the western United States, but I have to say that the rim to rim hike is high on the list of the best of them. Perhaps even #1.

The north side of the Grand Canyon doesn't open until May, so doing it in April necessitates doing it both ways. Even in the summer, I would still recommend attempting both ways because it is a long six-hour shuttle to get back to where you started. Many elite athletes go both ways in under 24 hours. Others can take several days, going about seven miles a day and camping along the way. I felt that taking three days was about as much of a challenge I'm in shape for.

One could write a short book about the whole trip. There are plenty of trip reports online about people who have done it. Besides this recent trip, I have hiked about 100 miles on separate trips on these same trails, so feel I know a thing or two about it. That said, here is my advice for taking on this challenge.


I'm sure there are things I'm forgetting, but what I did say is important.

I took too many pictures to throw into this newsletter, so instead I'll give you this link to a montage of them I put into a YouTube video.

In closing, here is my favorite one, which echoes my warnings. 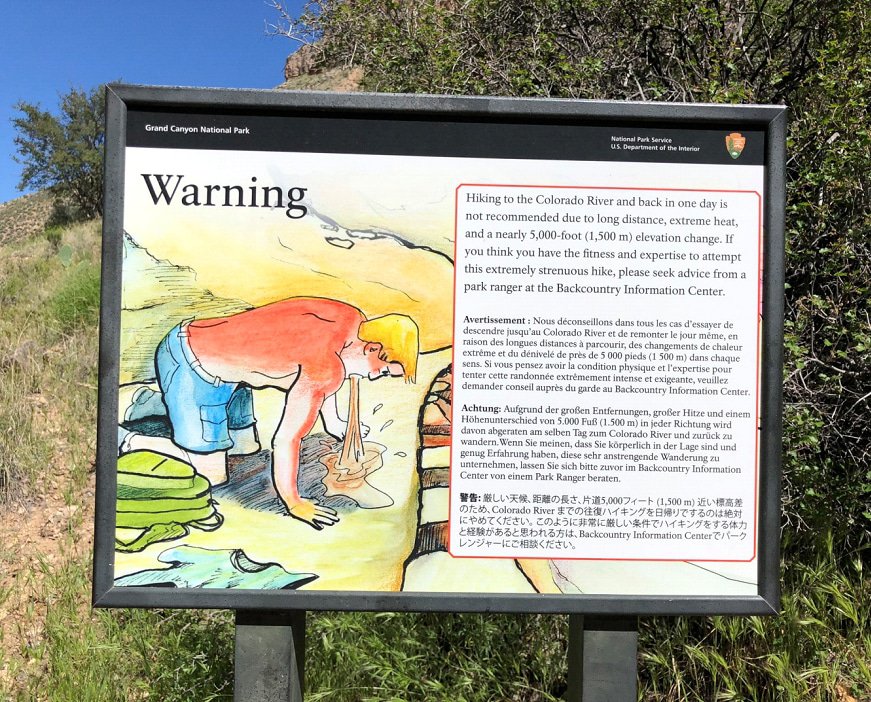