I just returned from a trip to southern California. About half way there from Vegas, flying down the I-15 at high speed, I saw what looked like a man standing in front of a tank off to the side of the road on the northbound side. It is not unusual to see tanks in this barren part of California on their way to or from the Fort Irwin Army Base, where my brother was stationed many years ago. But you never see them just parked in the desert with people standing in front of them. Adding to the mystery was a big "64" sculpture next to it.

I alerted the rest of the Wizard family to it. Subsequently a discussion arose about what it was supposed to be about. My initial theory was it was a tribute to the Tank Man of Tiananmen Square, but I questioned myself because I didn't know what the "64" had to do with it, as that incident happened in 1989. My son thought it was a reference to 1964 and the Vietnam War. I challenged that theory, but won't bore you with the debate that ensued. Finally, Mrs. Wizard recalled that the Tiananmen Square protests erupted in violence on June 4. That seemed to settle that my original theory was correct, but demanded a return visit to confirm on the way back home two days later.

On the way back I would like the record to show that I drove separately in this beautiful and clean convertible Audi (picture was taken earlier that day) and got it filthy with dust, inside and out, on the dirt road leading there. 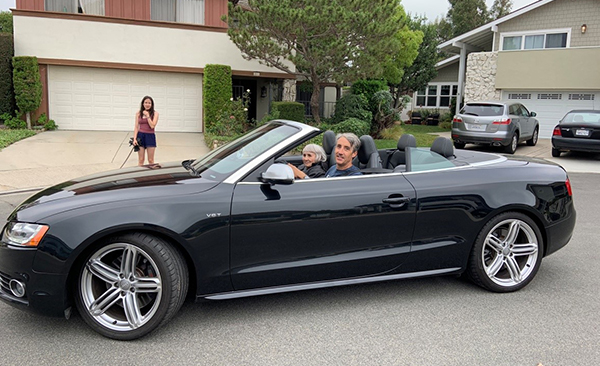 I wasn't exactly sure where it was located, but found it off the Calico exit in Yermo, near the Eddie World Yermo travel center. It is a short drive on a dirt road that any car should be able to handle.

The main attraction is Tank Man. Here is a distant shot I took of the whole thing. 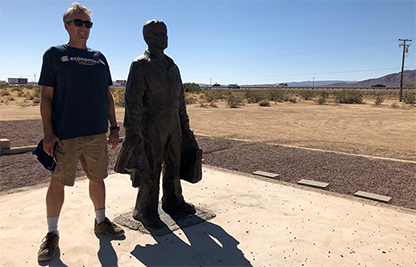 Tank Man and I, in terrible lighting, taking a stand against tyranny. Those are cars on the I-15 in the distance.

A closer look at Tank Man, without me ruining the picture. 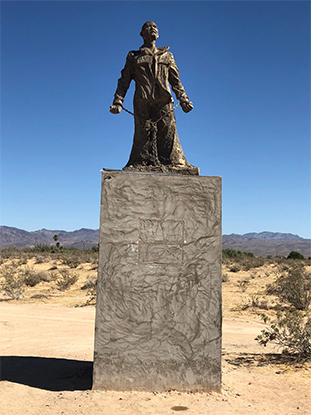 Tank Man isn't the only sculpture. I had no idea who this guy was at the time. Based on a little searching, he is Chinese activist Li Wangyang 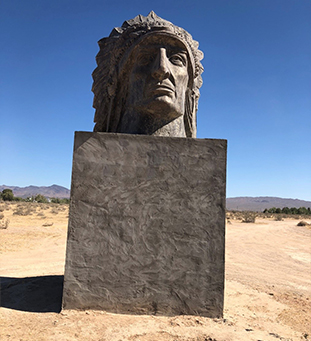 Finally, there is this sculpture of Crazy Horse.

There is no signage at the site, except the one above, about who the artist(s) were or anything about the pieces. The Li Wanyang link I just left explains they are all by Chinese artist and activist Weiming Chen.

Above is a map on how to find the Yermo Sculpture Park. On the boring drive from the Los Angeles area to Las Vegas, I highly recommend it as a stop. Nearby Eddie World is worth visiting too. In closing, I hope my audience will visit and appreciate free art like this.