Let's start with the basics. The show performs in the Windows theater at Bally's, which is a small venue, seating about 200 people. The show is always at 6:00 PM on seemingly random days of the week, judging by the ticket sales calendar. The base cost for tickets is $49 to $69, plus taxes and fees. When I tried to buy a $49 ticket online, the final cost was $67.43, a 38% increase (ouch!).

The show stars Xavier Mortimer, a former Cirque du Soleil perform, most recently in Michael Jackson One. Xavier is a young handsome lad from France. He is joined by a contortionist named Belle. I suspect there are a few backstage people helping with the magic tricks and special effects. 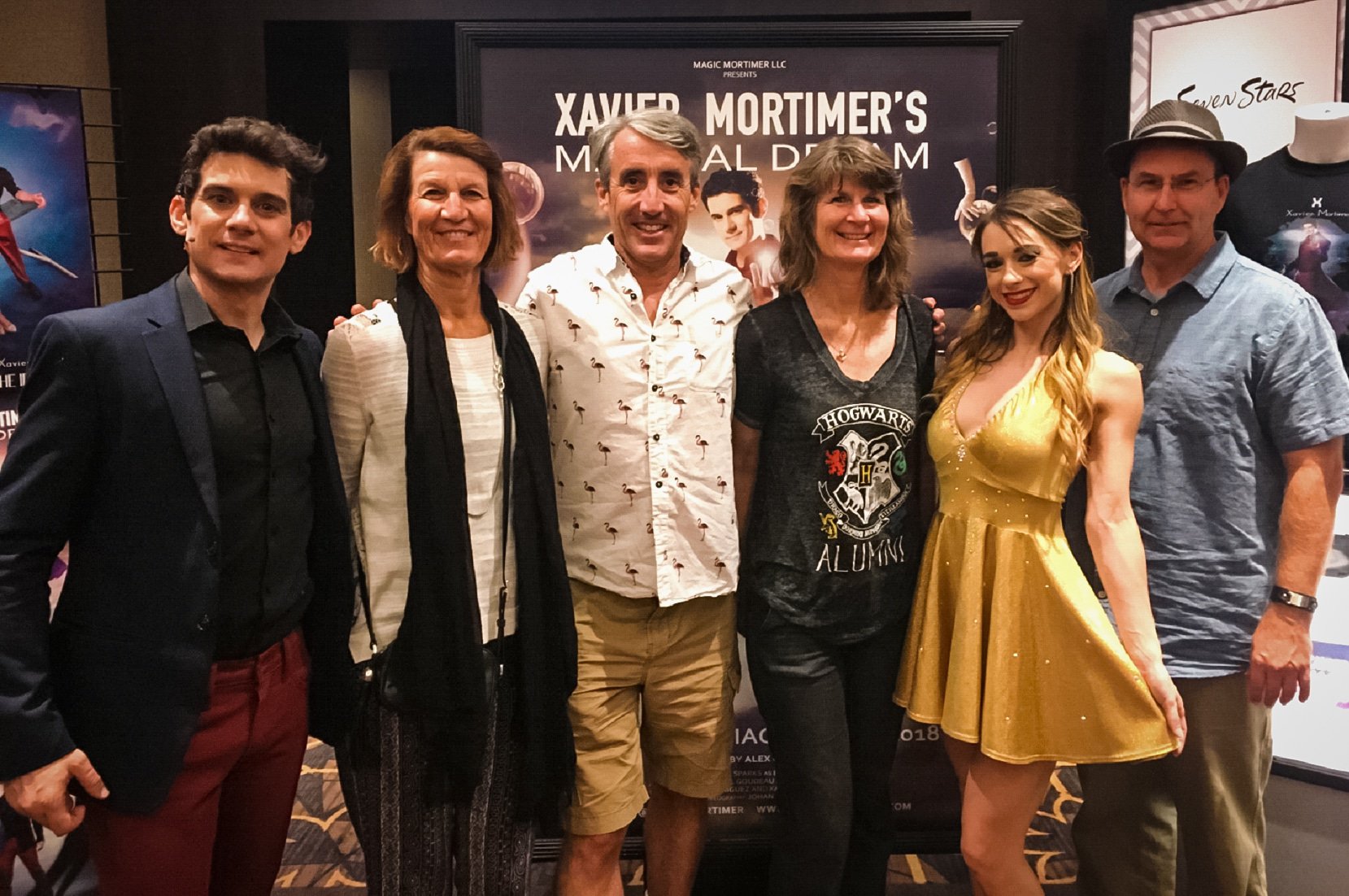 As the title suggests, the show is supposed to be a dream. He explains that one can't control his own dreams and they are often random and don't make much sense, or words to that effect. It is easy to forget this is the thrust of the show, but it closes by coming back to that theme with Xavier waking up and realizing what his dreams tell him he really wants. You'll have to see the show for the answer.

I would describe the show as primarily a magic show, but with touches of the juggling arts, comedy, music, and circus acts. Being from a Cirque du Soleil background, one can see the casual and fun way the show tells a story. Having seen the Moulin Rouge show in Paris, not to be confused with the watered-down Vegas version, I would more easily compare it to that kind of variety format than a traditional American-style magic show.

Xavier's character is playful, friendly, childlike, and a bit goofy. The closest comparison I can make is Pee Wee Herman, but don't be scared off by the comparison. Both characters are innocent, outgoing, and outstanding physical comedians. I must add that Xavier has a great control of his facial expressions. I was often reminded of Malcolm McDowell and how much both can convey in just a grin.

The show goes from one routine to another with the use of a seemingly opaque screen that led the character from one situation to another. That was very well done and gave the effect of the show being a long stream of consciousness, as dreams tend to be.

About half the show was magic. About half of that was the mind-reading type. This went over well as these tricks involved audience participation. I personally caught a tennis ball, which prompted Xavier to ask me for a number from 1 to 99 (I chose 23). My cousin later caught a Frisbee and was asked to name any object (she chose a tennis racket). She was then asked to toss the Frisbee to another audience member. She threw it right in the head of somebody in the row in front in front of us who was facing forward and didn't see it coming. Fortunately it was the unfolding foam kind of disk. The poor guy also didn't speak English well and didn't understand what was being asked of him. However, Xavier made some light jokes about it so the audience got a laugh out of the embarrassment of both people.

As a magician myself, I was most impressed with the tricks where Xavier and/or Belle disappeared, reappeared, or seemed to switch places. All the magic was large scale so the entire audience could enjoy it. Other tricks involved floating or other acts of defying gravity. There were also gloved hands, seemingly not attached to a body, that added to the anything-can-happen dream-like quality of the show.

As a juggler myself, I was very impressed by Xavier's diablo act. If you don't know what a diablo is, it's kind of like a big yo-yo that isn't attached to the string

Let me also mention that the contortion routine by Belle was amazing. I am not a good judge of that, but I've seen several Cirque du Soleil shows as well as imitators and have never seen anything better.

Both Xavier and Belle were young, enthusiastic, and seemed to take great pride in putting on a high-quality show. For shows in this price range, I think it is an outstanding value. I attended the show with two of my cousins and the date of one of them and the three of them had nothing but compliments as well.

After the show both performers greeted guests and posed for pictures. I found Xavier very friendly as he asked where we were from and complimented the few words of French I can speak.