This week we continue my journey on the High Sierra Trail. We left off at our campsite at the Kern River Hot Spring. In this episode, we cover day 4, from there to Wallace Creek.

Day 4 of 6 on the High Sierra Trail started out easy, as we continued climbing beside the Kern River. The weather was warm and sunny. The terrain was only slightly uphill, so the first several miles were easy. Crossing side tributaries to the Kern River proved a challenge several times. Fortunately, I took along a sturdy pair of sandals to forge these side river crossings. The sandals were one optional item that was well worth their weight to lug the 72 miles. My hiking companion Tina is more of a minimalist and didn’t take any sandals. She paid for that by falling in one of the many streams we crossed that morning.

However, all good things must pass and made a right turn away from the river and up the second the two mountain passes we would cross. We suddenly went from the pleasant shade of trees along the Kern River to the laboring uphill in the blazing sun. 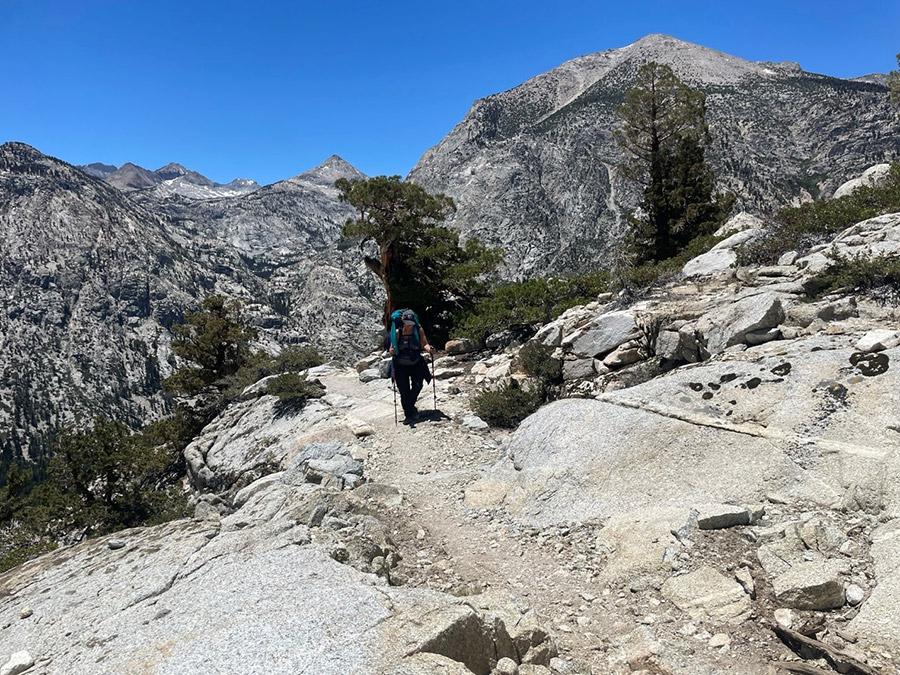 Eventually we at least saw water as we hiked along the Wallace Creek. Where there is water there are trees, which provided some much-needed shade. 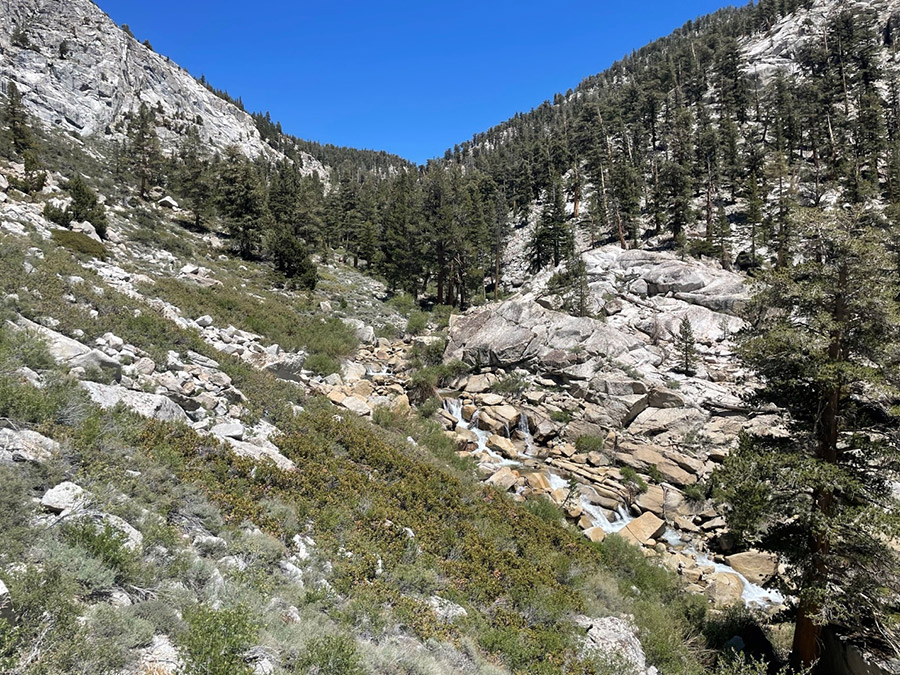 As we climbed higher, we encountered more stream crossings, which not only provided drinking water but a chance to cool off. 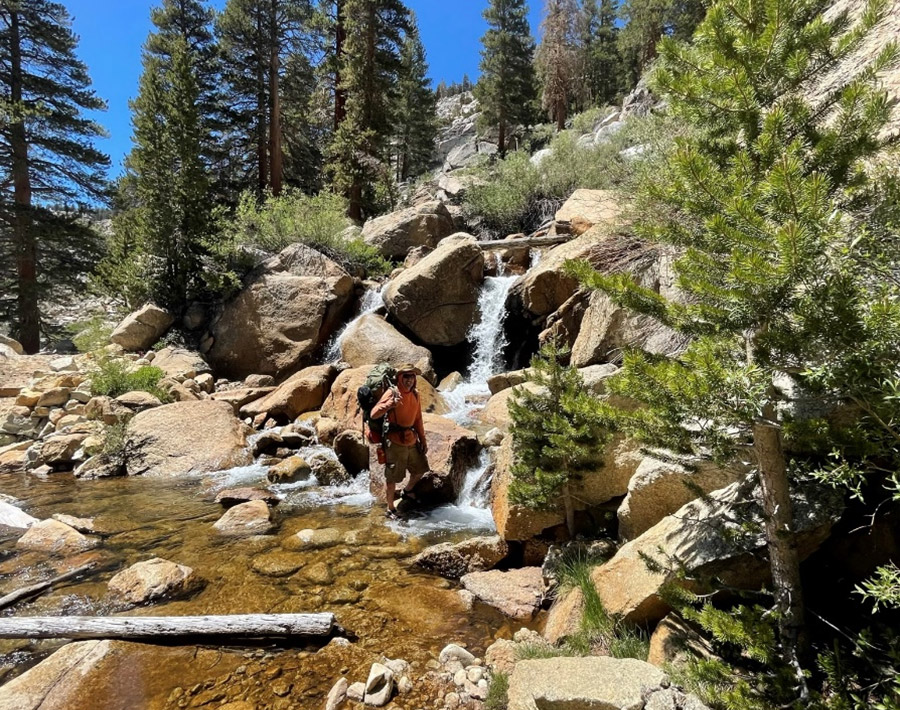 In the mid-afternoon, we made our way up the gap to the junction with the John Muir Trail (JMT) and Pacific Crest Trail (PCT). Up to this point, over four days on the trail, we seldom saw any other hikers. The whole day to this point we saw zero. However, at the Wallace Creek campground we suddenly shared a section of the trail with the PCT and late June was prime time for through-hikers to be in the Sierra Nevada mountains.

I certainly enjoyed the solitude of the first four days, but it was also nice to meet some new people. I have the greatest of respect for those who can ensure the 2000+ mile trails like the Pacific Crest Trail. When I lived in Baltimore, I section hiked about 150 miles of the Appalachian Trail and getting to know some of those through-hikers was an unforgettable experience.

Despite it being sunny, the Wallace Creek Campground was cold. We got there about 3:00 and found a nice spot to camp. The rest of the afternoon I chatted with some other folks doing the PCT or other hikes in the Sierras. They were nice people, but also were tired and needed to set up camp, so no conversations lasted too long.

At above a certain elevation line campfires are not allowed, which included the Wallace Creek Campground. This was our fourth night on the trail, but the first without a campfire. I struggled to keep my hands and feet warm in the early evening as there was no campfire and not much to do. A huge group of PCT hikers took up a camp right next to use. They immediately set up tents, went in them, and were never to be seen again. I was hoping to chat them up and get some good trail stories, but, alas, it was not to be. So, without much to do, I went to asleep early, much like my hiking companions. Although the night was cold, I slept well.

Overall, day 4 was a good challenging day. I haven’t checked, but I think it was the day with the most net elevation gain. In my next chapter, I’ll cover day 5, to Guitar Lake.