Stairs is a game found at BetFury Internet casino. It involves randomly placing ladders to climb levels. Randomly on each level are placed rocks. If the player places his ladder at a rock, he loses. This is shown as the rock falling on the player's head. Otherwise, his balance grows (except in one situation). After each successful pick, the player may cash in or advance further.

Players should be warned that contrary to the playing field, the player may not place his ladder in every position. In other words, some ladder locations are blocked off. 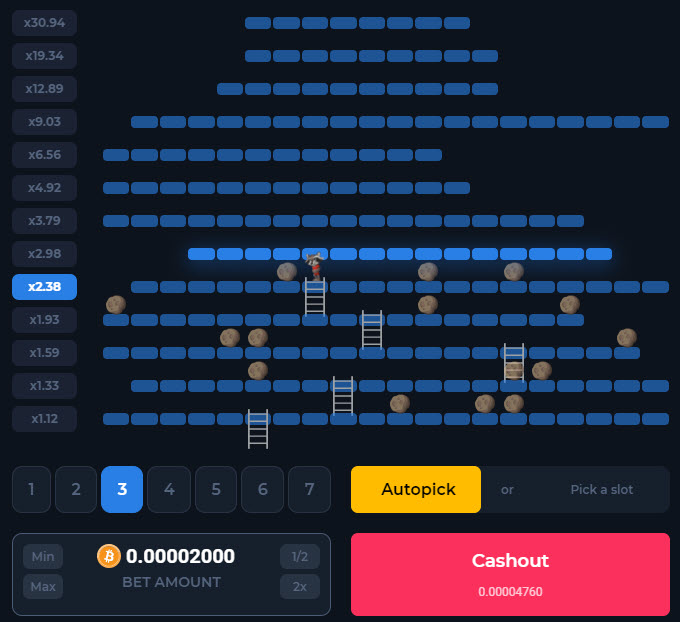 Wins by Level and Number of rocks

The following table shows the win (on a for one basis), probability of winning, and expected return for all combinations of number of rocks and level. As you can see, the expected return never strays far from 95%.