Six Shooter is a dice game by 1x2, a supplier of software for Internet casinos. The object of the game is for the player to roll every number represented in a dealer roll in as few throws as possible.

Following is an example game. Click on any image for a larger version. 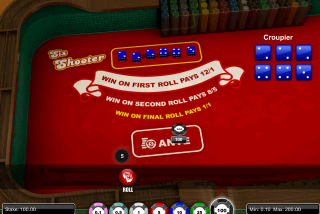 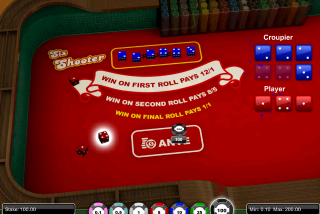 The player's first roll is a 1-4-1. The two ones don't help but the four eliminates both fours from the Target Dice. A 2 and 3 are the only Target Dice remaining. 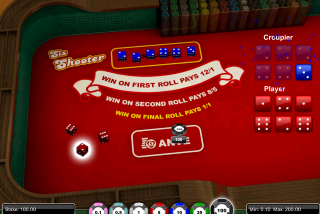 The player's second roll is a 6-2-6. The sixes don't help but the two eliminates every two from the Target Dice. Just a three needed now and one roll left. 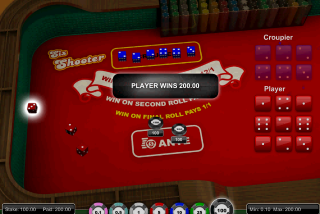 The player's third roll is a 1-2-3. The one and two don't help but the three eliminates the last three from the Target Dice. With the goal achieved in three rolls, the player's wager is paid 1 to 1.

An analysis of this game is a fun exercise in combinatorial mathematics. The following table shows the conclusion of such analysis. The lower right cell reflects a house edge of 5.88%.