Siete y Media, meaning Seven and a Half in English, is a table game I noticed in November, 2011, at the Conrad casino in Punta del Este, Uruguay. The object is to have more points than the dealer, without going over 7.5. Siette y Media should not be confused with a closely related game in Italy called Sette y Mezzo.

The following table shows the basic strategy for an 8-deck game. 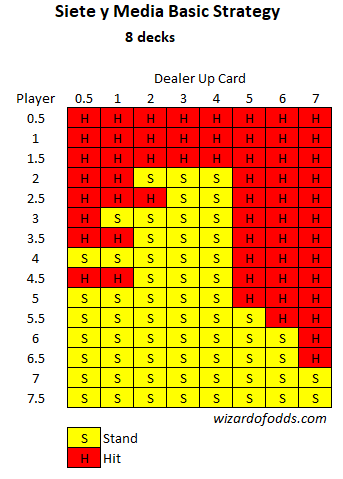 I don't know how many decks the game is typically played with. When I saw the game at the Conrad it was closed at the time. So, here is the house edge for one to eight decks.