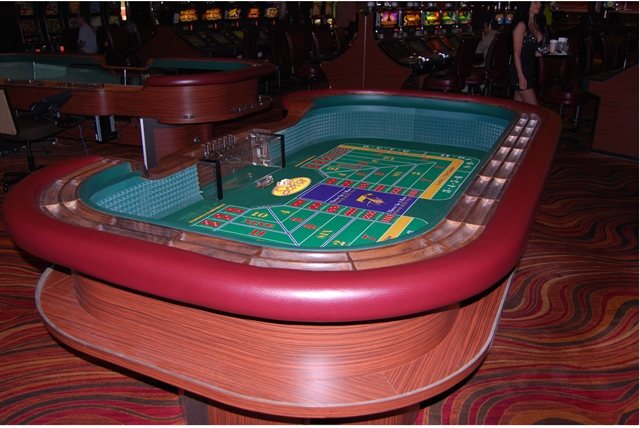 Scossa is a dice game I noticed at the Red Rock in Las Vegas on May 17, 2011. The table was closed at the time, but they conveniently had rule cards available. If I'm not mistaken, "scossa" is Italian for toss, as in tossing dice.

Much like craps, no skill is required to play; just make your bets and throw the dice. In other words, the game has the simplicity of roulette but is played with dice like craps. Compared to craps, the odds are a lot better on the exotic bets.

There are a host of bets available. Most of them resolve based on one throw of the dice. The only exception is the Triple Sevens bet.

The shooter will roll the dice until he rolls a 2, 3, or 12. The average rolls per shooter is nine.

All the specific bets are listed below.

* Win of 9 to 2 is paid to the dealer. So, the expected return is -2.78% if you count the tip. However, I have traditionally defined the win as what the player gets. For example, in games with an "envy bonus," I count what the player making the bet may win based on the cards of other players, not what other players may win from him. In the case of the "Lucky 7 for the dealer" the player can't win for himself, so I indicate the probability of winning is 0, thus the expected return is -100%.

I'm not saying you shouldn't tip the dealer, but I do think this designated bet for tips is a bit egregious. 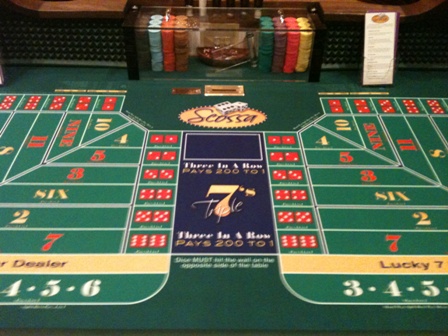