Jackpot Darts is a game found at Internet casinos using Playtech software. The game can be found under the Arcade Games menu. 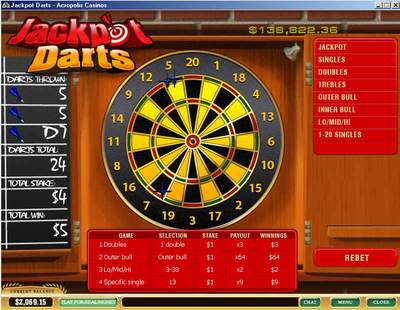