Cleopatra Max is a keno variant in which if the last ball drawn contributes to a win, then the player will play a free game bonus round. In the bonus round, the player gets 12 free games with a random multiplier of 3x to 5x.

The game is the same as Cleopatra Keno, except in that game the bonus multiplier is always 2x, and in the "Max" version it is 3x to 5x. To pay for that increase, the base pay table is less. 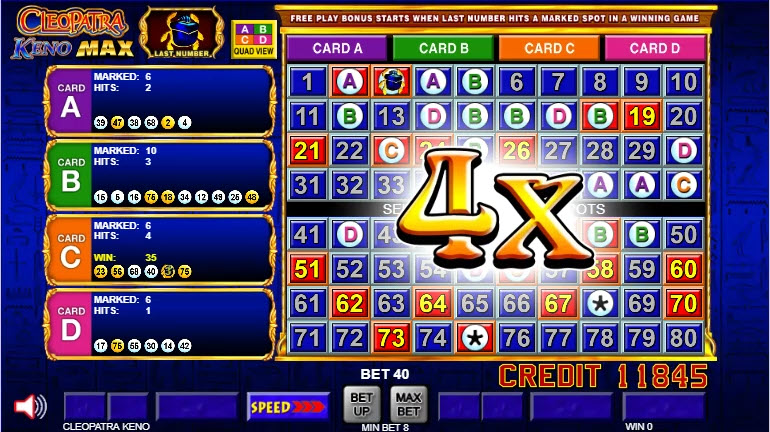 In the screen above, on card C, I caught 4 out of 6 numbers. The last ball drawn was the 3, as evidenced by a scarab on the card, which was one of the four numbers caught (23,56,3,75) on card C, thus triggering the bonus. The bonus multiplier is randomly chosen as 4x. 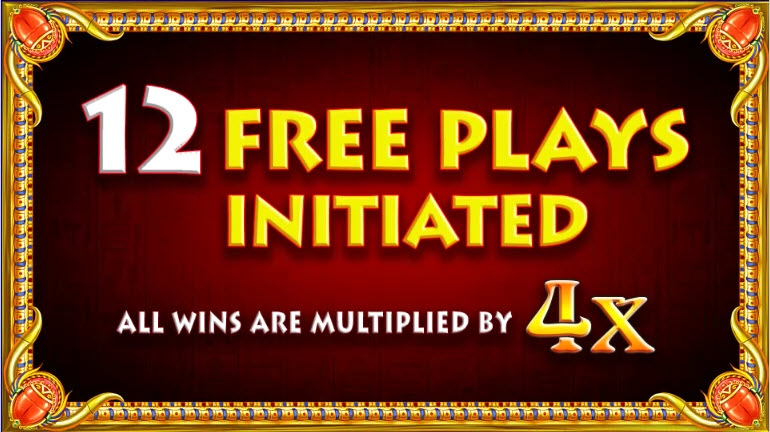 In the screen above, I am informed of the 12 free games I won and reminded of the 4x multiplier. 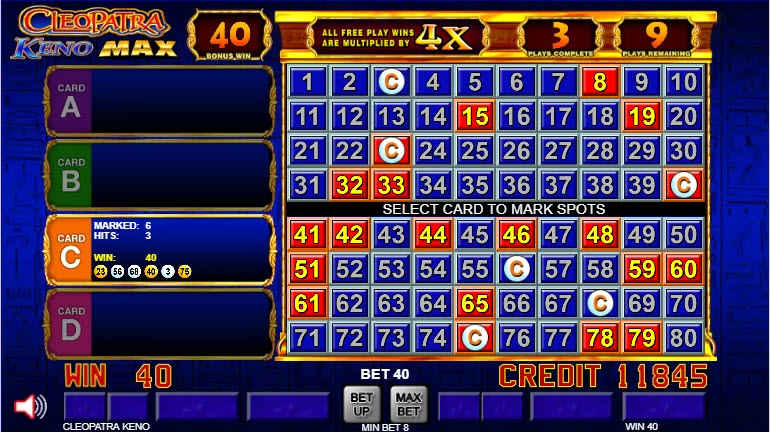 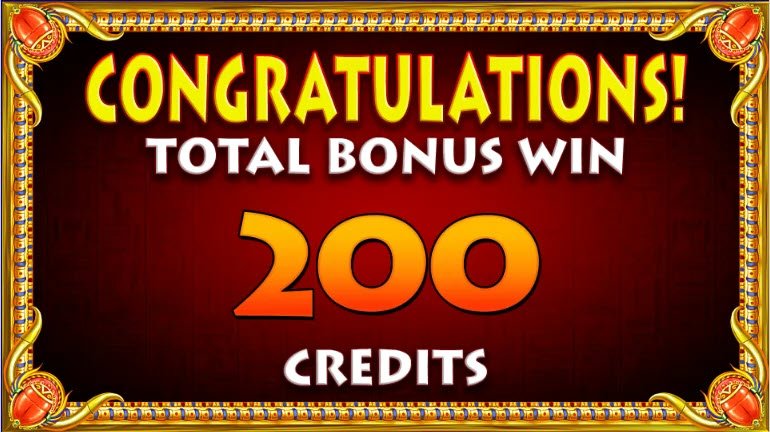 The screen above shows my total bonus win of 200 by the end of the bonus. This happened by catching 3 out of 6 five different times. The total win was thus 40×5=200. 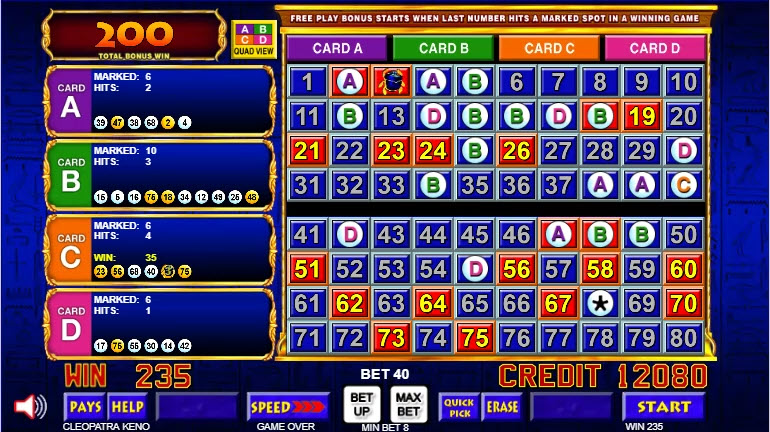 The following table shows the probability of all combinations of picks and catches.

The following table shows the contribution to the return in the base game for pay table 95 below.

The following table shows the contribution to the return from the bonus for pay table 95 below.

The following table shows the combined contribution from the base game and return for pay table 95 below.

Play Cleopatra Keno Max at VideoPoker.com. I Gold level membership is required for this game.