Hold 'Em Showdown is a poker-based game by Playtech. It is based on who will win a Texas Hold 'Em showdown between two starting hands. Posted odds are commensurate with the probability of winning.

I bet $5. The following screen shows the four match-ups. I can bet for or against the J-4 off-suit vs. one of the four starting hands along the bottom. 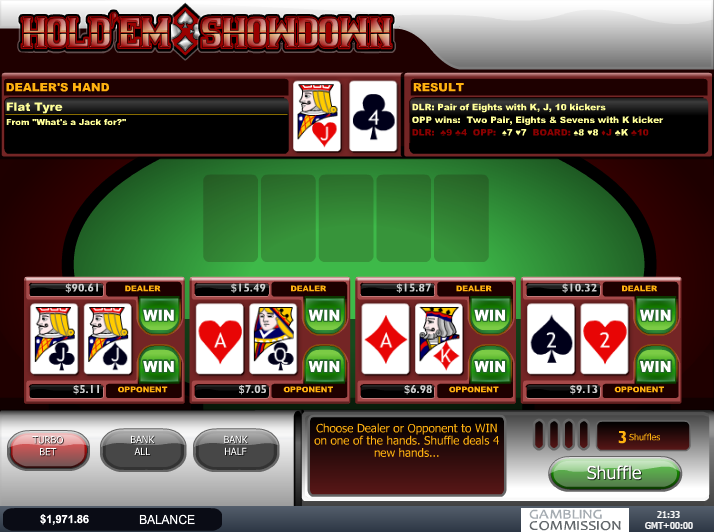 I chose to bet on the J-4 against the pocket twos. Another jack appeared on the board so my pair of jacks beat the Opponent's pair of twos. My return win $10.32.

As evidence of that the unchosen cards are returned to the deck, note the jacks of spades from the first unchosen opponent hand came back as the first card on the flop. 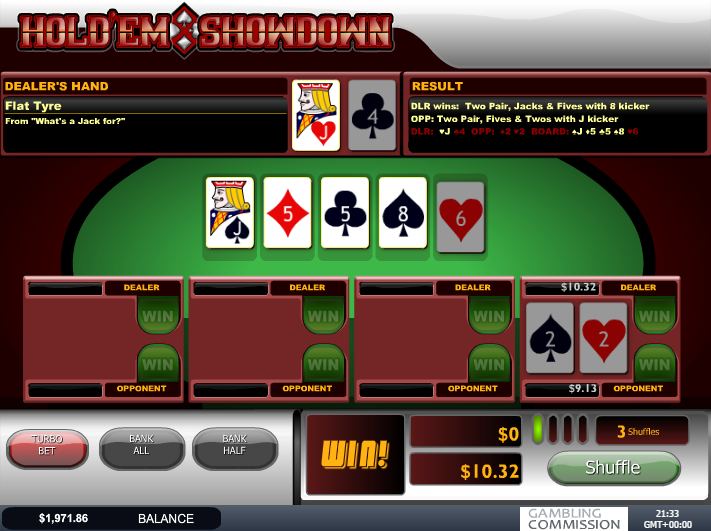 Here is a video of a sample hand. Sorry to keep repeating the point about the return of the unchosen cards, but I think it bears repeating. One my of many annoyances when it comes to gambling is badly written rules

The odds are carefully set so that the return is 97.00% if it were not for rounding. However, the winning odds are rounded down to the penny. So, the less you bet, the more the rounding down decreases the return percentage. On 10¢ bets, I've seen the return as low as 90%.