Dragon Poker started as a field trial at the Rio in Las Vegas on September 27, 2018. The game uses a modified deck of cards with Chinese pictures. The structure of the game has elements of Three Card Poker and Ultimate Texas Hold 'Em.

* For purposes of this page, I struggled with the plural for phoenix. The game maker uses just "phoenix," but I prefer "phoenixes," as sixes is the plural for six. 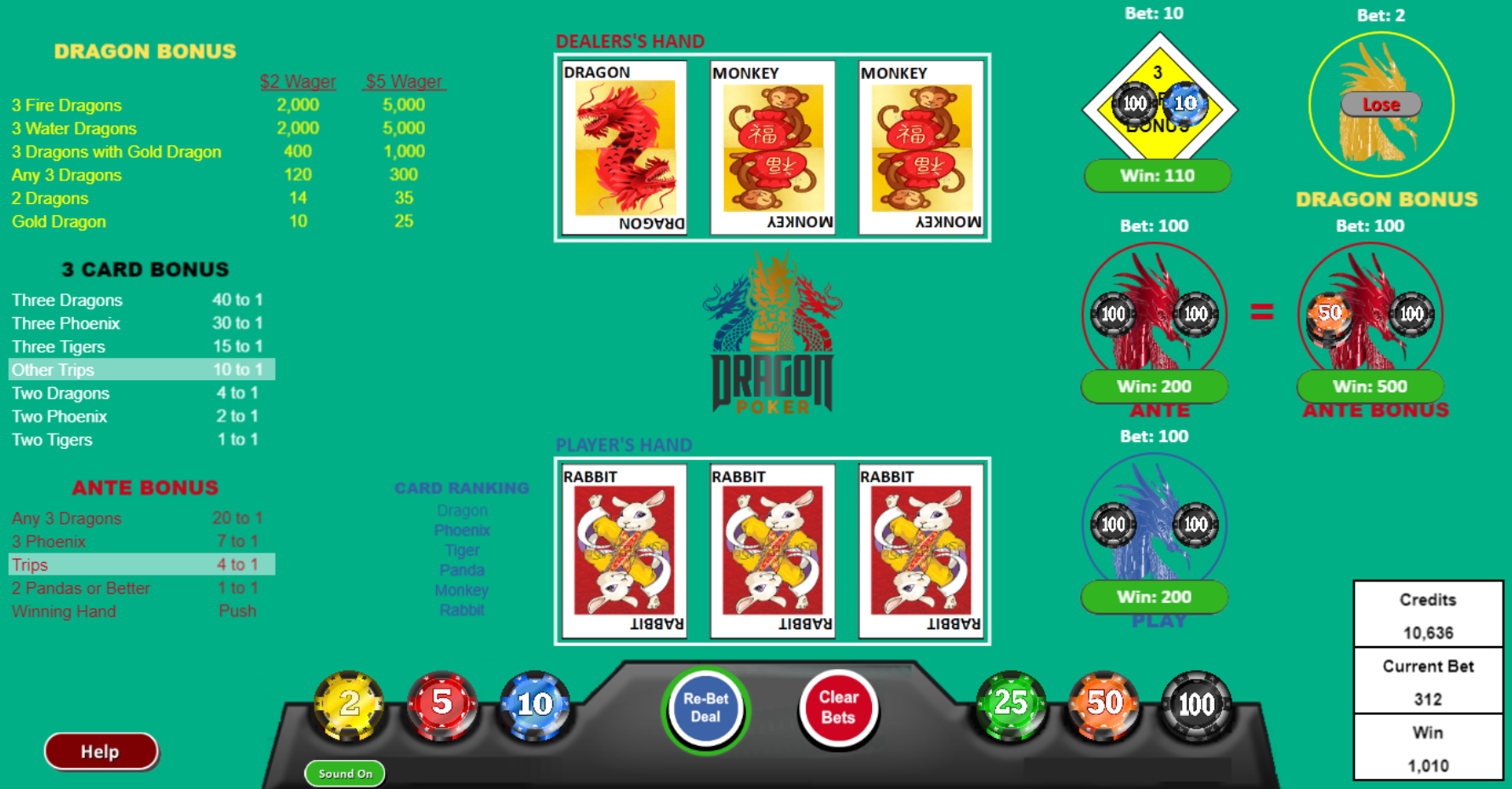 In the example above, my three rabbits beat the dealer's pair of monkeys. The game expresses the "win" on the image as the amount returned, including the original wager. I bet $100 each on the Ante, Ante Bonus, and Play. The Ante and Play each won another $100. The Ante Bonus paid 4 to 1, for $400 in winnings. My $10 bet on the 3 Card Bonus paid 10 to 1 odds for a low three of a kind, or $100. The Dragon Bonus lost because I had no dragons.

The player should make the Play bet with Phoenix-Panda-Rabbit or better.

Following is my analysis of the game. The lower right cell shows the ratio of the expected loss to the Ante bet is 3.70%.

Following is my analysis of the 3 Card Bonus side bet. The lower right cell shows a house edge of 5.06%.

Following is my analysis of the Dragon Bonus side bet. The lower right cell shows an expected return of 14.40%.