Everybody knows housing values have fallen significantly in the United States. Las Vegas is one of the hardest hit cities, with some of the highest rates of fall in median price and foreclosures. Prices have plummeted over 50% from their 2006 peak (source). So I decided to take advantage of the low prices, and bought a new house.

When we started looking around, I thought sellers would be falling all over themselves trying to make a deal with me. Not so. Most, in my opinion, were in denial about the state of the market. I think many refused to sell for less than what they paid. Asking prices were about 20% too high in most cases, at least in my opinion. Thus, hardly anything is moving in the high-end range of houses because buyers and sellers are not agreeing on where supply and demand should meet. A word to the sellers, something is worth what you can get somebody to pay for it. Therefore, a gauge for housing prices should be recent SELLING prices, not asking prices. To make a long story short, after about three months, we finally found a house we liked at a reasonable price. 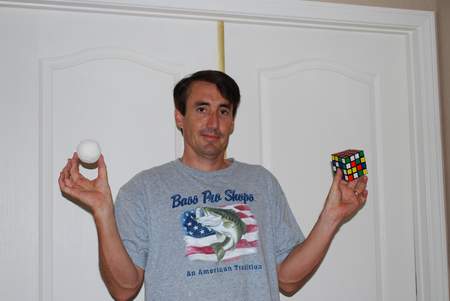 We have spent the last two weeks gradually packing. I never fully unpacked after my move from Baltimore to Las Vegas in 2001. There are still boxes of junk, untouched, tucked away in my garage. Why I lug around records (with no working record player), books I'll never read again, and mementos of younger days, I do not understand. As an example, my first real job was at a fast food place in Knott's Berry Farm during the summer of 1983. I killed time by creating a ball out of straw wrappers. That was the only thing I accomplished that whole summer. I put too much time into it to just throw it away, but it does me no good to keep it. Another example from my past I've been lugging around for 25 years is my four by four Rubik's Revenge. I memorized lots of long patterns back in high school and could solve this monster in about three minutes. The four by four is much harder, by the way, than the classic three by three Rubik's Cube. Since high school, it has been through at least a dozen moves, but it never gets played with.

An iconic moment was when I was reaching for a box of miscellaneous toys that my kids have become bored with, or never liked in the first place. Out of the box I heard something say, "Where have you been. I thought you were my friend." Ouch! I feel like everything in my garage would have said that, if it could talk. But something actually did make this guilt-ridden statement. I rummaged through the box and found a small electronic toy house. I had to search my memory to recall my older daughter playing with it when she was about five. When I showed it to my daughter, now 11, she said it was called a "Pixel Chick." It is like a Tamagotchi, a hand-held toy that you can interact with on artificial human terms. At least the girl who lived in the house was still alive. The Tamagochi is even more guilt inducing. If you leave one alone for more than a day or so, it will die of hunger or illness. 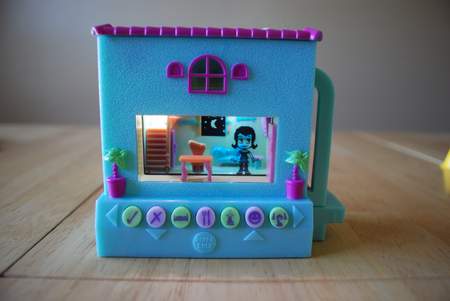 Getting back to the theme of fad investments, like the housing market for the early 2000's, remember the Beanie Baby craze of the 1990's? Back in Baltimore I knew a Beanie Baby dealer. To humor him, I bought one from time to time. He insisted they were about to be "retired," and would thus skyrocket in value. So I bought several of them, along with a price guidebook. When that bubble burst, I stuffed the guidebook into a box and forgot about it and gave the Beanie Babies to my daughter. Yesterday, ten years later, I unearthed the price guide. So I went on eBay to see how well the book's authors projected 2008 values, made in 1998, held up. The following table shows some randomly selected results. 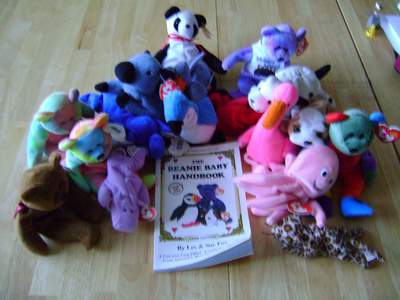 The 2008 prices are based on completed auctions only, which are in a minority on eBay. I think the wide price ranges, like $15 to $1,250 for Peanut the elephant, are due to the counterfeit issue. The auctions that close high usually have proof of authenticity. Suffice it to say that the 2008 projections were much too rosy. It seems only the rarest of Beanie Babies have any value at all. The common ones are not worth a buck or two each, less than the expense of shipping. Even the rare ones are worth only a fraction of the 1998 prices.

Speaking of moving furniture around the country, my webmaster Michael Bluejay is having a drawing for a brand new Bodog poker table, which I am holding for him. The rules can found at his web site, Vegas Click.

On a completely unrelated topic, my brother made the news this month. The Ironwood (Michigan) Globe wrote an article on my youngest brother Ian's fight against the spread of garlic mustard, and other invasive plants.