Suppose three companies manufacture widgets, with varying degrees of defects. In particular here are the rates a doohickey will be without defect from all three companies:

There are also three stores that sell widgets: Delta, Theta, and Omega. There is a one to one relationship between stores and manufacturers, but you don't know what it is.

You conduct a random sampling of the three stores, with the following results:

It is your goal to buy an effective widget. Which store should you buy from? What is the probability of effectiveness for each store?

You should buy from store B. Here is the probability of an effective widget from each store:

What's your position on the Robbi Jade vs. Garrett Adelstein poker hand? Did Robbi cheat?

This topic has been analyzed to death online, but I don't see many people taking my side, so I'll throw my hat into the ring.

I am absolutely 100% on the side of Robbi Jade!

To try to make a long story short, the two were in a televised poker game along with other big names in poker, including Phil Ivey. Let me give you the executive summary. Both had lousy hands. Garrett Adelstein made a large wager and Robbi Jade called. Poker is a weak area of mine, when it comes to gambling, but even I get that with a weak hand you generally either bet aggressively or fold. You don't call. It's textbook poker.

To try to make a long story short, Robbi played the hand in an unconventional way and won. As mentioned, it was a televised tournament, with hole card readers. After winning the hand, Garrett accused Robbi of cheating. I assume his argument was she was colluding with somebody in on the broadcast and was signaled her opponent's cards.

Robbi explained on the show that she made a mistake, thinking her hole cards were J/3, as opposed to the J/4 she actually had. A three at least paired the board.

Later in the game, behind the scenes, she gave back to Garrett the $135,000 he lost in the hand. She said the reason was she didn't want any drama or hard feelings between them.

I still don't understand why she gave the money back. Conspiracy theorists say it was an admission of guilt that she cheated. However, I don't think many cheaters feel guilty after the fact and return the money. I think it's more common that good people give up money they rightfully earned, just to avoid conflict and stay above reproach.

There are more details to the story I won't get into. Bottom line is Garret was beat fair and square in that hand. He is a crybaby to kick up a lot of drama and make accusations of cheating. In any game that combines luck and skill, sometimes the weaker player wins. Any poker player has seen it thousands of times.

The right thing to happen at this point would be for Garrett to return the $135,000 to Robbi. However, he won't. Add him to the list of crybaby players who throw a fit when they have a bad beat.

Here is a clip of the game.

All the figures in the following image are squares. The length of the sides of the blue square is unknown. What is the area of triangle ABC? 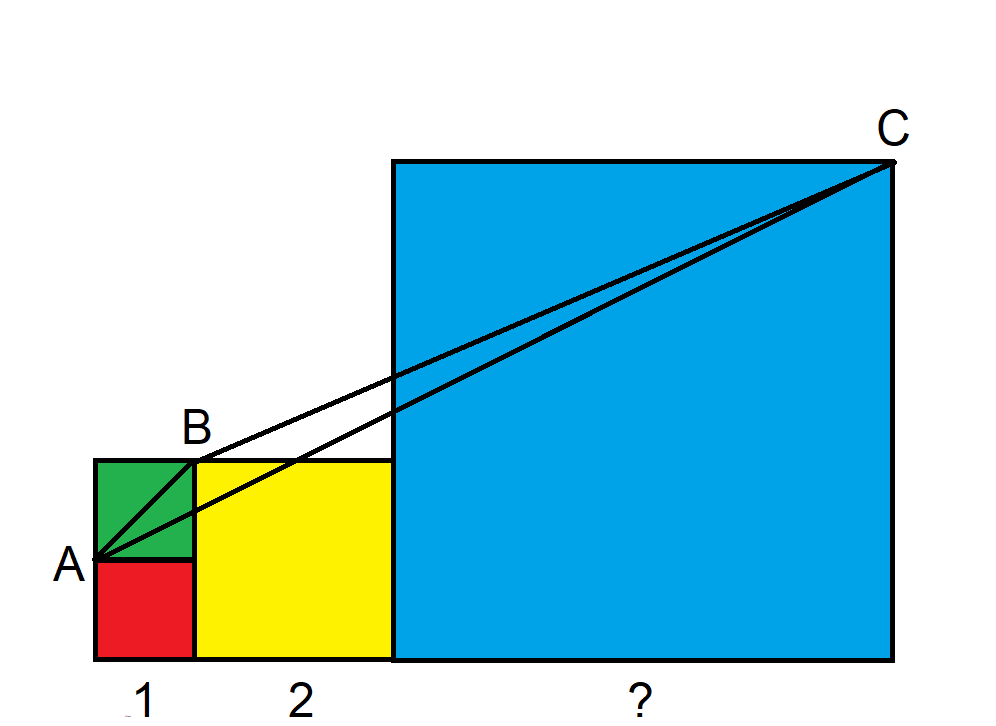 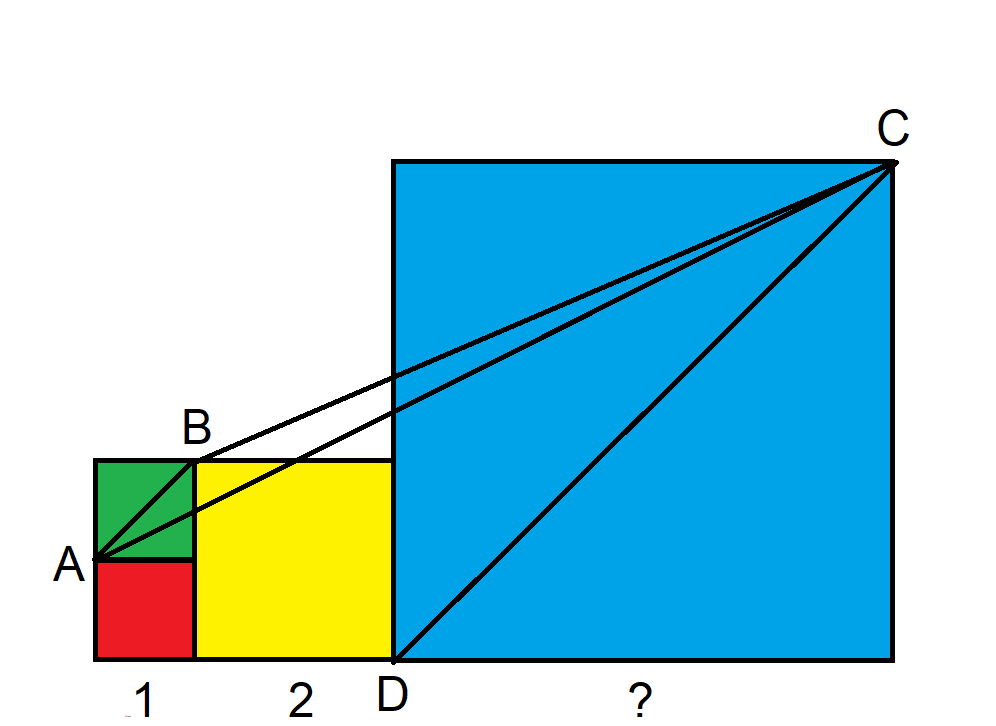 Notice that lines AB and CD are both at 45-degree angles. Thus, they are parallel.

Recall that the area of a triangle is (1/2) × base × height. So, it doesn't make any difference how big the blue square is. The height of triangle ABC will always be the same. The area is the same as triangle ABD, because D has the same height as any C.