What do you think of this strategy in roulette:

Looking at it another way, the following table shows the number of ways all possible outcomes can occur, the probability, units won, and the contribution to the return. The lower right cell shows an an expected loss of -0.105263 units. Divided by the two units bet, that comes to a house edge of 5.26%.

In Las Vegas casinos, the chip colors are well known for $100 and under, as follows:

My question is what are the colors for chips beyond $100?

Most casinos use purple for $500 and yellow for $1,000. Beyond that, things are not as standard. It is easy to say that orange and brown are popular, but not everybody follows that convention. Sometimes you see white and blue reemerge. You might say those colors were already used for $1 chips, but the chip sizes get bigger at a certain point, usually at $1,000. The following table shows what I do know. 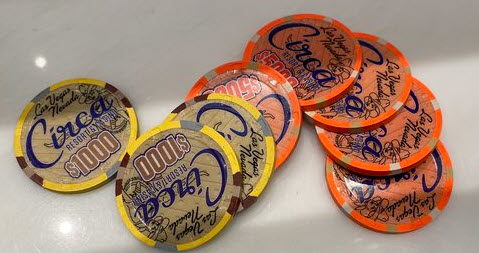 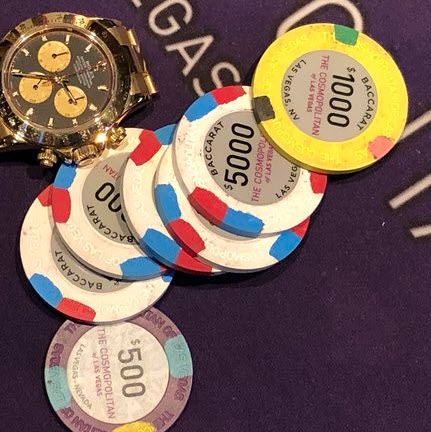 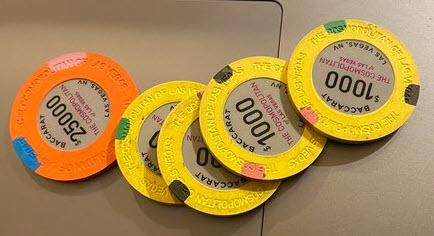 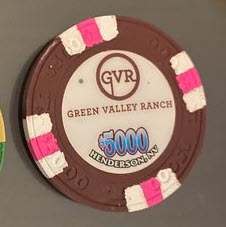 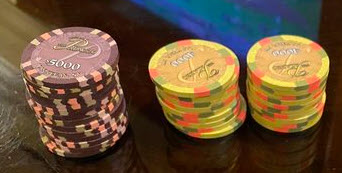 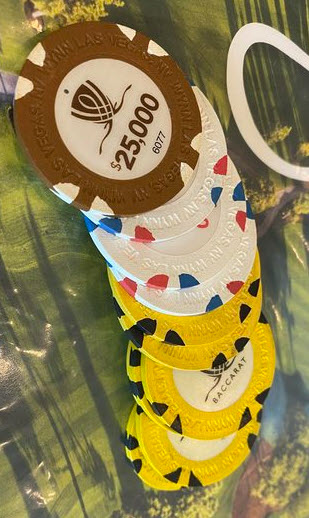 I would like to thank Mdawg for his help with this question and the pictures.

Did you see this video of a player who correctly called the flop, turn, and river in Texas Hold 'Em? What are the odds?

On the turn, there are 47 unknown cards left in the deck. He correctly guesses the four of spades, which had a 1 in 47 chance of being right.

On the river, there are 46 unknown cards left in the deck. He correctly guesses the two of hearts, which had a 1 in 46 chance of being right.