First, I made a 10-coin bet and received the following hands on the deal: 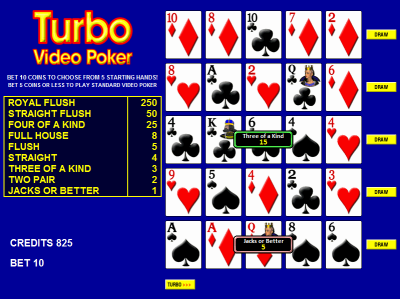 The third hand, with the three of a kind, was obvioulsy the best, so I held the three fours. Then I clicked the draw button corresponding to the third hand. 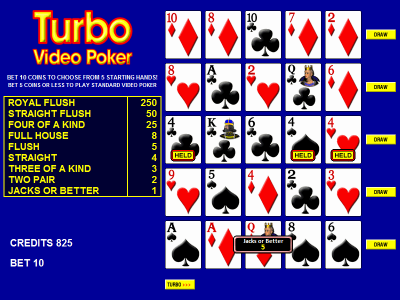 The game put the 20 cards from the unchosen hands back in the deck and gave me two replacement cards for the third hand, resulting in a full house. The 8♠, which I received on the draw, was previously in the bottom hand on the deal. 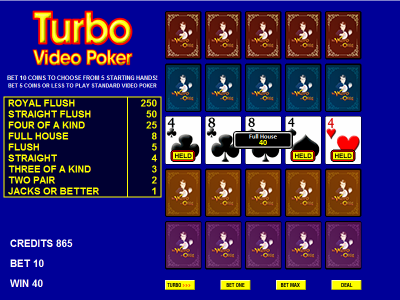 Go back to the Turbo Video Poker demo.