I would like to wish all my newsletter readers a Happy Thanksgiving! If you would like to torture your friends and family with Thanksgiving trivia, please see my November 27, 2020 newsletter. In re-reading that newsletter, I can’t help but notice that nobody is sitting next to Franklin.

This week we will take a reprieve from our look at Casino Royale, as our guest writer Anne Larson takes the week off.

Instead, I would like to get something off my chest. Lately, I’ve been getting back into Magic, especially mentalism. I enjoy putting on shows for my friends and the craft that goes into performing a well-executed illusion. However, some magicians take shortcuts that give the art of magic a bad name.

Let me give a rant on two of such methods of what I consider “cheating” at magic.

For the first case, what I would like to shed light on is the abusive editing in televised magic tricks. To use an example, please see this David Blaine video. This link should take you to the 3:02 point, so you don’t have to watch the whole thing. 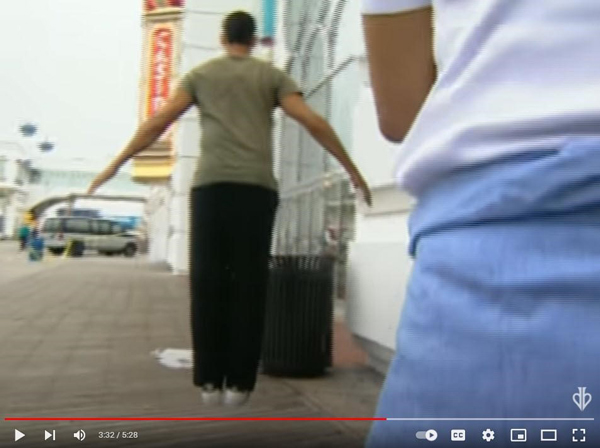 Before getting into what I consider as “magic fraud”, let me say that there is a great levitation magic trick that I can do, too. Done well, the magician will appear to levitate two to three inches in the air. I’ve done it before and the audience reactions are like what you see in the David Blaine video. However, I don’t do it often because one must get the angles, distances, and footwork exactly right.

Part of it is grouping the audience into a cluster, which you see Blaine doing at the 3:15 minute point. The magician needs to be facing away at a 45-degree angle from the audience, and about 6-8 feet away (which is not possible if the audience is spread apart).

Normally, I’m against revealing the secret to magic tricks, but I have nothing against revealing cheap shots, such as in this video. That said, let me explain what really happened. What Blaine was doing throughout the video is the simple levitation trick I mentioned earlier that even I can do. I’ll just tell you it’s called the Balducci Levitation. I won’t explain how it works, but you can easily do a search on it.

We never actually see Blaine do the Balducci Levitation, only the audience’s reaction to it. What he is doing at the 3:25 point is done with the aid of a crane and wires. This part was done later, after the three girls had left. Why don’t we see the wires? It helps to have a camera looking into the sun or a busy background, like we have with the casino in this case. Funny how you never see magicians doing this trick to a live audience, but always on television.

You might say, “I see one of the girls in the audience on the right side of the levitation shot.” However, it’s not the same girl. After Blaine did the Balducci Levitation, he came back to the same spot with a crane, wires, harness, and a female stooge dressed in the same type of clothing of the real audience member. Notice that through the entire video, we never once see a wide shot of Blaine levitating that includes the faces of audience members. So, the whole thing comes down to just editing real and staged footage together as if it were one illusion.

Next, my second rant is the use of “audience stooges,” sometimes called “audience plants”. This person, or people, is anyone who the magician claims to be a volunteer, when the “volunteer” is in on the trick and likely paid by the Magician. A good example is shown in this Masked Magician video where an elephant magically appears inside a large fabric construction. A viewer can clearly see how it’s done by the end of the video – audience stooges let the elephant in when the box was blocking their line of sight with the camera. The video explains it well, so no further elaboration is needed. 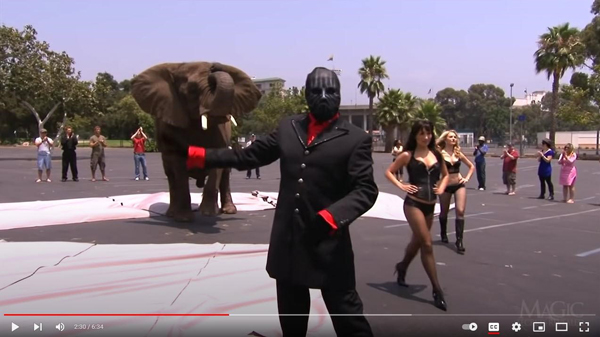 While I will concede that magicians are allowed to be deceptive, for example, saying “notice this is an ordinary deck of cards.” I draw the line at saying a paid assistant is a volunteer. It makes the illusion too easy and disrespects legitimate magicians who spend years perfecting their craft. As to the Masked Magician, I don’t approve of what he does in general, but I applaud him for exposing this one.

In conclusion, I wish you all the best this Thanksgiving. Next week, we will return to our exploration of the poker scenes in Casino Royale.