In this week’s newsletter I’m going to write about “Little Red Rock”. As the name implies, this is like a small version of Red Rock Canyon. Reasons why you might choose to go to the “little” versions include:


First let me explain where Little Red Rock is. This map shows the west side of Las Vegas. To get to Red Rock Canyon you would take Charleston Blvd west. About five miles past the 215 Beltway, you will get to the entrance road on the right. 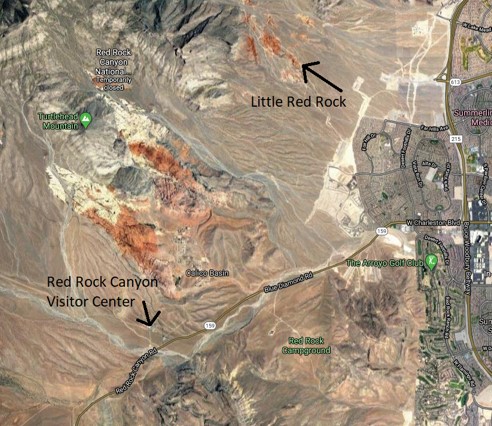 As you can see from the map, Little Red Rock is north-east of Red Rock Canyon. The easiest access is from the west end of Far Hills Avenue, which dead ends at a construction site. Despite forbidding looking “no trespassing” signs, lots of people park there and walk through the construction site to go hiking or mountain biking in the area behind it. It may be more of a problem getting through on a weekday. If it looks sketchy to cut through the construction site, you might try the west end of Alta or Summerlin Parkway.

Wherever you leave civilization, there are dirt roads leading to Little Red Rock. If you must use a motor, I would recommend a four-wheel drive, but a simple pick-up could probably make it most of the way. I would say access to Little Red Rock is roughly:


Little Red Rock itself is several sandstone outcroppings from the desert. They make for great scenery and scrambling. If you go on foot, I would allocate 2 to 3 hours of just walking time to get to them and back. Once your there, I think a picture is worth 1,000 words, so let me show you some from my visit last Sunday. 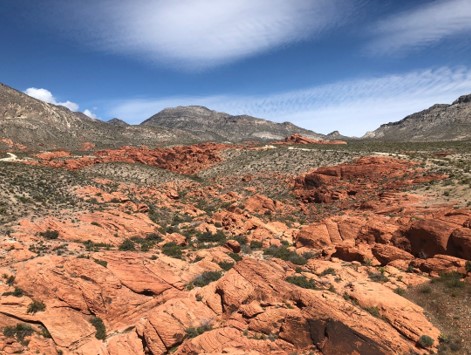 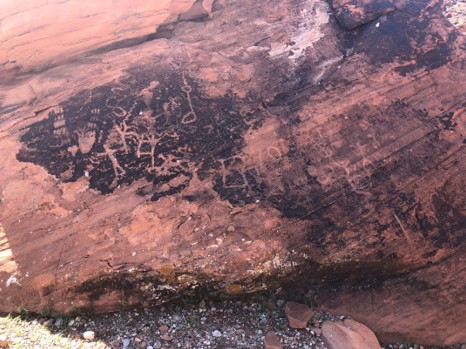 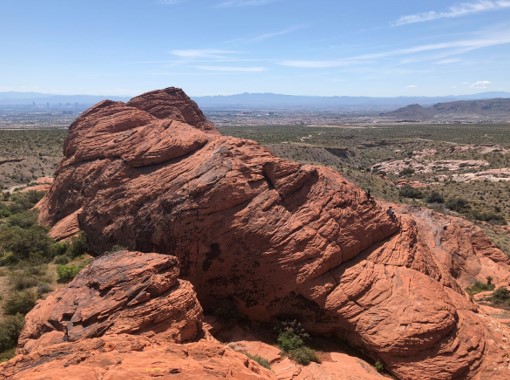 This is the largest outcropping. Note the two scramblers on the right side. Las Vegas can be seen in the background. 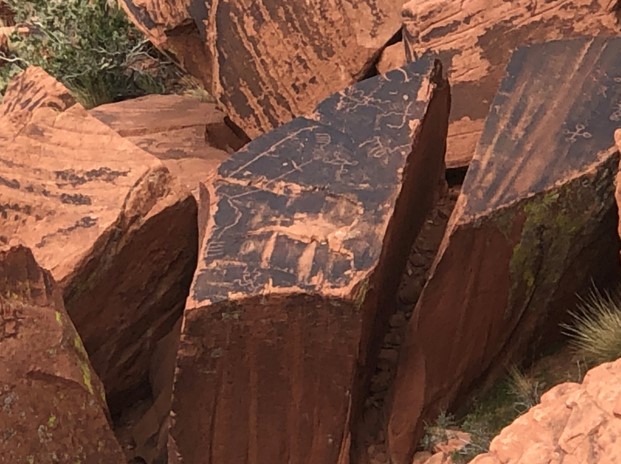 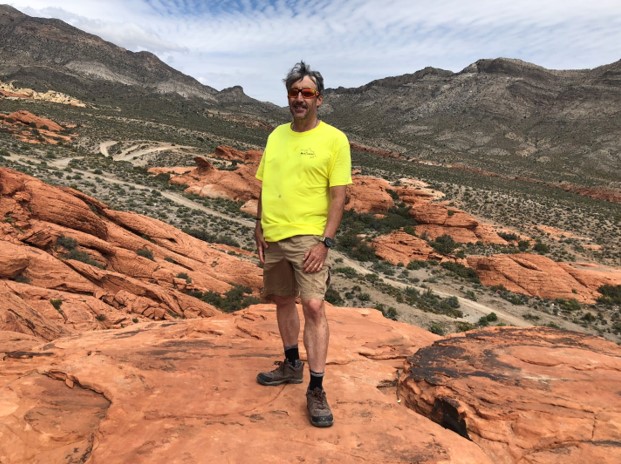 Here is a very ugly picture of me. I have decided to quit cutting my hair and shaving until life resumes to normal.

Finally, here is a picture of a gila monster I saw at Little Red Rock with my brother on my 50th birthday, five years ago. For those of you who don’t live in the Mohave Desert, a gila monster sighting is a very rare thing. 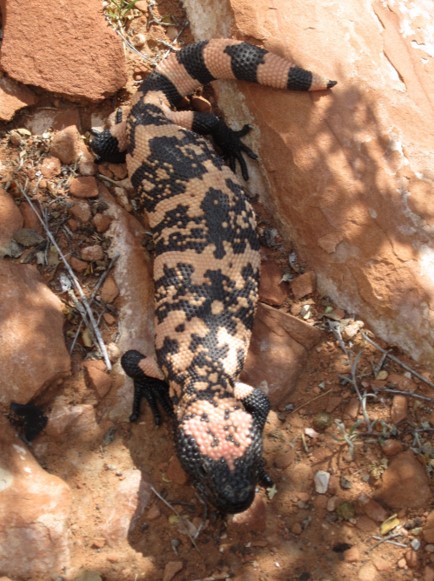 Until next week, please to use your free time to explore the outdoors, while maintaining a safe distance from the crowds.