In last week's newsletter I gave some suggestions of TV shows to binge, during this time of confinement. To continue with that theme, this week I will suggest some of what I consider to be three underrated gambling movies. I won't bother to list greats like Rounders, because if you're getting this newsletter, you probably already have seen it and don't need a review. This list shall be gambling movies that for whatever reason didn't impress general audiences and fell too quickly into obscurity, I think unfairly. 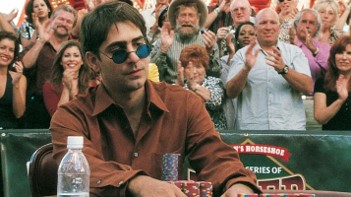 I admit that I am attracted to movies and stories about mad geniuses. You might even say I am attracted to such people themselves. Stu Ungar would certainly fit into that category. I've known people that knew Stu and they all said he had an amazing and natural talent at card games in general. However, genius is often touched my madness, and this would seem to be the case with Stu. Those I know who knew Stu said he was also a compulsive gambler and drug addict who burned out much too soon.

The movie is consistent with that depiction of Stu. It stars Michael Imperioli, who played Michael on The Sopranos. He plays Stu in a similar paranoid and antisocial manner as Michael. Pat Morita (Mr. Miyagi from the Karati Kid) plays a minor role as a financial backer of Stu. Why this movie gets only a 6.1 on IMDB, I am not sure. I could see some complaining the movie it too slow, low budget, and depressing. However, what few people I've met in gambling circles of have seen it all liked it. 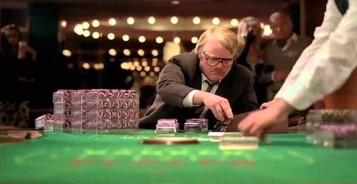 Owning Mahoney is the true story of a low-level Canadian banker who shuffles bank money around to hide a gambling addiction. He starts small, betting on sports, but escalates to winning and losing six figures at the craps tables in Atlantic City. The movie stars Philip Seymour Hoffman, who should need no introduction. This movie should stand as an example of why Hoffman is one of the best actors of our time.

However, much like High Roller, general audiences were not impressed, giving it a meager 6.3 rating on IMDB. As with High Roller, one might also complain the movie was too slow, depressing, and low budget. Nevertheless, what few people I've met who have seen this gem loved it. 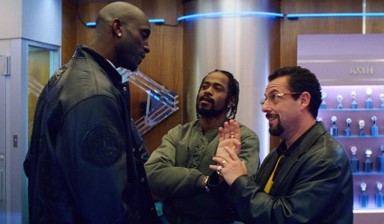 Speaking of gems, I already reviewed Uncut Gems in my Feb. 21, 2020 newsletter so I won't bother to sing its praises again. This was the last movie I saw before every theater in Vegas suddenly closed. Who knows what they will show after reopening, but if you have any opportunity to see Uncut Gems on the big screen, seize that chance. I think some were still showing it when the Coronavirus lock-down began.

As I wrote in my review, DO NOT let a dislike of Adam Sandler movies be a reason to not see it. This movie is 180-degrees away from movies like Happy Gilmore and shows how wide Sandler's range is. I must admit I gave that excuse to not see it for a while and those who recommended it to me said Sandler's performance was brilliant -- and they were right. Just watch the trailer in the link given if you're not convinced.

In closing, I highly recommend all three of these movies, if you're in the mood for a gambling movie, or even if you're not. You will thank me later.