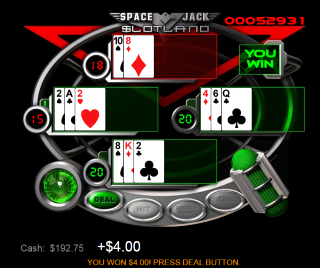 It should also be emphasized that the jackpot is temptingly big compared to the natural odds of hitting it. This is the case because the jackpot is not triggered by the natural draw of the cards but artificially, behind the scenes.

The rules are badly stated on the web site, so here is what you need to know.