Sharp Shooter is a dice game by 1x2, a supplier of software for Internet casinos. The object of the game is for the player to roll every number represented in a dealer roll in as few throws as possible.

Following is an example game. Click on any image for a larger version. 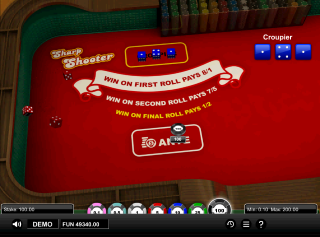 In the image above, the dealer's roll was a 1-1-4, which are the Target Dice. 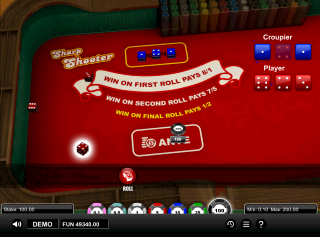 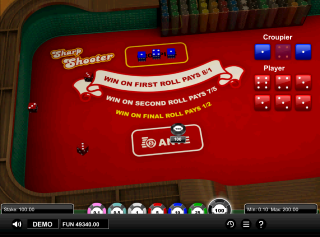 The player's second roll is a 3-3-3. That doesn't help at all. The player will need at least two ones in the final roll to win. The probability of that is 7.41%. 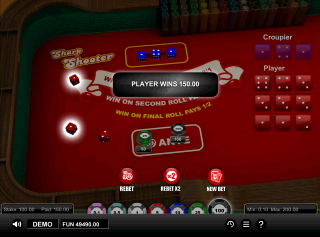 An analysis of this game is a fun exercise in combinatorial mathematics. The following table shows the conclusion of such analysis. The lower right cell reflects a house edge of 4.40%.

1x2 Gaming has a very similar game called Six Shooter. The differences are:


The house edge in Six Shooter is higher at 5.88%, so you're better off with Sharp Shooter, if you must play one of them.