Consumer Reports makes the argument that the consumer will save money on tires if he rotates them. Their argument is that on a front-wheel drive car, which most of them are, a tire will last about 20,000 miles and rear tires last about 60,000. They say if tires are frequently rotated, they last about 40,000 miles.

Something seems fishy here. Isn't the total friction on the tires the same per mile, regardless of whether they are rotated or not? I don't deny the safety benefits of rotating tires, but why would tires magically wear down slower if rotated?

Good question. I agree with your math, based on the assumptions provided by Consumer Reports. However, I do not agree with their assumptions. It looks like they were lazy and took the average lifespan of the front and rear tires in creating the lifespan for a rotated tire.

We know there are combin(52,5)=2,598,960 possible combinations of five cards out of 52. My question is how many possible five-card hands are possible from a five-deck shoe?

Let's take this one type of hand at a time.

Consider the following diagram with a square and a circle? 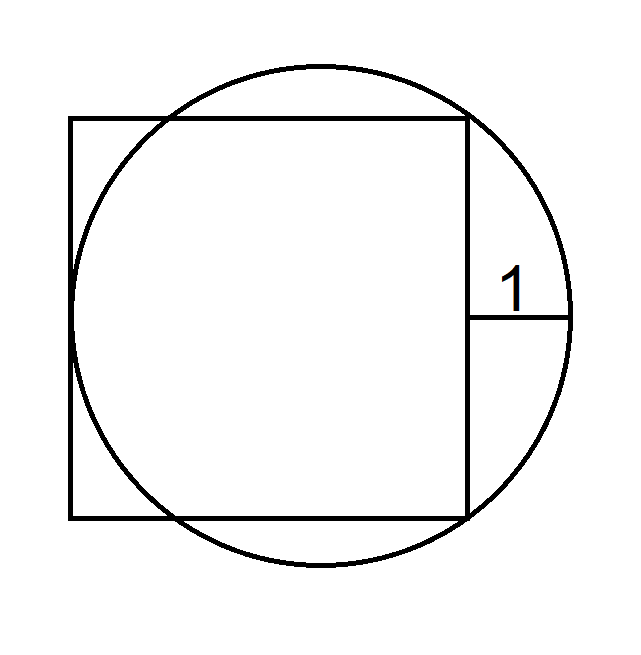 What is the area of the square?

For my solution, consider the following diagram. 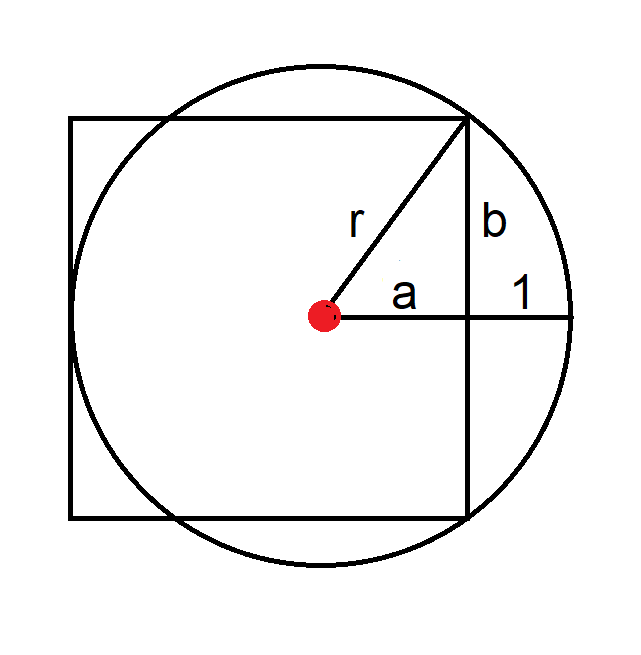 Here is my solution (PDF).