I saw the following rules on a bar-top blackjack machine at Binion's in Las Vegas: Single deck, dealer stands on soft 17, blackjack pays even money, both player and dealer must stand on six cards, and no doubling or splitting. What is the house edge on this awful set of rules?

Ouch! According to Norm Wattenberger, creator of Casino VÃ©ritÃ© blackjack software, the house edge under these rules is 4.30%. This does not factor in the rule about standing on six cards, which I figure cuts roughly equally both ways. Unfortunately, bar-tops elsewhere have this same set of terrible rules.

What would be the answer to the dice problem in Ask the Wizard column #179, if the players took turns rolling the dice and only the player rolling could advance based on the roll?

Here was the original question posted in column #179: If two dice are rolled over and over, until either of the following events happen, then which is more likely to happen first:

Your twist is that the same roll can't help both players. Instead, they take turns rolling and only the one rolling can use the roll.

That game Flip It at the Rio looks countable. Do you have any advice on which bet is the most vulnerable?

The red and black bets seem the most vulnerable. I would do a simple red/black count, as follows:

For example, if after some play cards played are:

The remaining cards would be:

Is there any pattern to the order of the numbers on the roulette wheel? 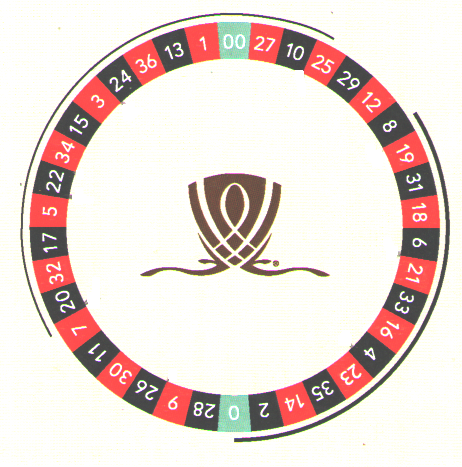 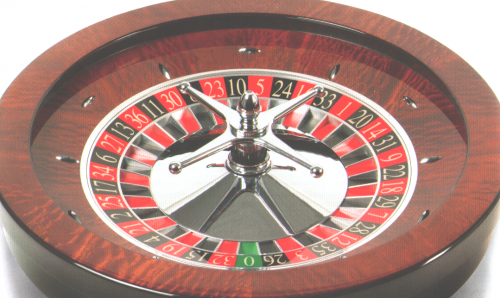 The idea is that the wheel should be balanced. In other words, if you took the average of a section of consecutive numbers on the wheel, they would be close to the average number 18.5. I thought of a way to explain how the numbers are distributed on a double-zero wheel, as follows.

I'm at a loss to explain the order on a single-zero wheel. For now, I can say that if you put the zero in the 12:00 position, then:

This question is raised and discussed in my forum at Wizard of Vegas.

As you probably know, 16-seed UMBC beat 1-seed University of Virginia in the NCAA basketball championship tournament. This has never happened before in the 34-year history of March Madness in its present format. How does this affect the probability of filling out a perfect bracket.

After adjusting my model for that game and all others in the 2018 season, I get a probability of a perfect bracket of 1 in 42,743,890,552. You can read my strategy and how I arrived at that figure in my page Probability of a Perfect Bracket.