Hi this is Mike Shackleford at the 2018 Cutting Edge Table Game Show at the Paris Casino in Las Vegas and I'm joined by Jeffrey Hwang with his game Super Pai Gow.

Jeffrey, can you tell me more about it?

[00:00:36] Jeffrey Hwang: Super Pai Gow is just Pai Gow. It's just the player starts with four cards and then he bets one to four times the ante before drawing the final three cards. The dealer gets eight cards, but what happens is if the player pushes the ante pays even money. The player actually wins when he pushes. Any other thing that happens is that in regular Pai Gow, the player wins 30% the time, pushes 40% of the time, so nothing ever happens. In Super Pai Gow, the player chooses to win 57% of hands so you're actually a favorite to win. 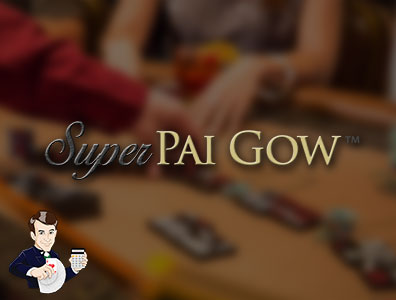 [00:01:06] Mike: With the draw bet that I see there, what happens with that if the player wins one way and loses the other?

[00:01:19] Mike: All right. Let me see if I understand this. The player sees his first four cards and then he can make a raised decision of one to four times his bet, right? 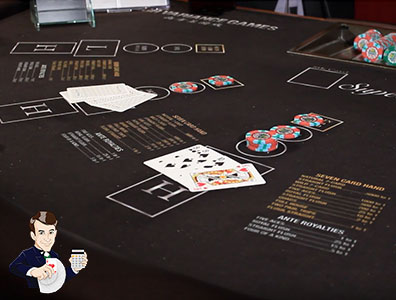 [00:02:04] Jeffrey: Place your bets. The dealer's going to start with eight cards and deal everybody four cards. It's a medium and you can go either way. All right, so you start with the four cards and then bit one to four times. That's probably a good hand. All right. Then your final three cards. Then you're just going to set your hand like regular Pai Gow. One thing to note is that you only need to push the win so there's an incentive to play a stronger one-way hand and play it like two medium hands.

Yes, that's pretty strong. All right, that's good. All right, so you pushed, so you are going to win the ante. Then the side bet, it's a standard Pai Gow side bet. In this case, we actually start with two pair on this pay table, and so we win the side bet with the two pair. Same outcome. For the most part, you're never going to fold, the forex hands are to para better aces. All aces proven to all Kings and then lower pair of depending on the kickers and the suits. With a hand like ace 3/5 juice that's a 1X hand and that's basically the same hand. 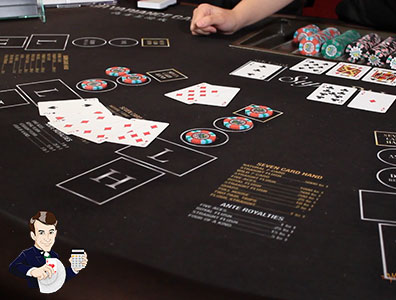 Then it's pretty straight forward purified with an ace 8. We have not much pair of fours in these Queen. The house way here is any time we have two pair we're going to split the two pair unless you have an ace and in this case we're going to keep the two pair and play the ace for low. This hand is going to push which means it's a win on the ante and that's a house win. All right. With the ante and optional side wager which is the seven card hand. Look, you start with two pair that's pretty good. We talk about the max forex any you get three more cards.

We have quads and Kings…

…so put the quads in the-- that was totally an accident. The dealer has two pairs so we'll split the two pair. The player's going to scoop and then the ante pays a bonus in addition for quads. The ante pays a five to one bonus and the side wager pays 10-1 for quads.

[00:07:34] Mike: That was the game Super Pai Gow by Jeffrey Hwang. Thank you very much for showing me the game.