Hi, I'm Mike Shackleford also known as "The Wizard of Odds" at the 2017 cutting edge Table Game Conference at the Paris Casino in Las Vegas.

I'm joined by Nicholas Pelczar with his game, Blackjack's Booty. Nicholas, can you tell me more about it?

[00:00:26] Nicholas Pelczar: Sure, in this game is a simple blackjack game but the players also play on the side against each other.

It's a variant that it's more exciting than other blackjack side bets that I've come across. It allows one player to win every hand if they play the side bet and they're losing against the other players, not the house. 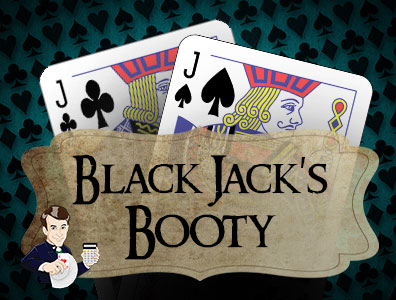 That's an advantage to the players, they don't actually lose to the house. That's pretty much an attraction to the game.

…it's actually $23 after the rake against the other players, but only a $10 bet against the dealer.

[00:01:29] Michael: This concept seems pretty simple. All the players make a side bet of the same amount, it gets scooped together, and then it becomes the booty.

The player with the best blackjack hand at the end of the hand wins.

Let's assume that we have a pot here of $20 and a player wins:

Then a $1 goes into a progressive pot, which is the booty. The booty is won when either two players or a player and dealer gets suited pairs of blackjacks hence the name Black Jack's Booty.

A 25% pot can be won if a player or a dealer or two players receive non suited blackjacks, spades and clubs.

[00:02:40] Michael: All right, if I understand correctly, probably most of the time the pot will go to the player with the best blackjack hand.

In certain situations like you said with suited blackjacks or whatever, there is a progressive jackpot. I assume that you rake the pot for some money to go the progressive, and I'm sure some to the house?

[00:03:05] Michael: There would be a positional advantage to the players acting last. 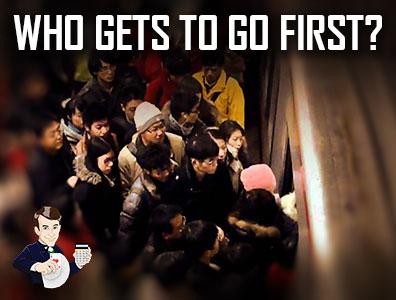 [00:03:14] Nicholas: I actually thought about that. There was a suggestion of having a button on this game like poker. I didn't think when I was developing the game that that would be an advantage.

Through trial dealing of it…

… I didn't see a house advantage there or a dealer, player advantage of playing the third hand or the third base. So I didn't change it in any manner for that reason.

[00:03:42] Michael: Well, as someone who's played a lot of tournaments, I can tell you that there would be situations where you know your last act, you know what you need to win that pot.

It might change the strategy with some borderline situations.

Because this is the first showing of this game, that there might be a change made on it of some nuances, some tweaks of the game to make it more in line with the player that is more experienced at the game and would think about something like that.

[00:04:17] Michael: My free advice would be to either have it rotate around the table or after everyone has made the bet, to somehow randomly determine who has to act first.

[00:04:26] Nicholas: That's a good point and I will definitely consider that. That would be something that any casino that would want to put this game in, would probably be able to tweak.

Right now, I'm just trying to sell the concept of this game.

[00:04:49] Nicholas: If everybody busts, nothing changes, the side bet stays the same and the players have the option on the next hand to either opt out or in on that next hand.

I tie would create a second pot, unless:

one of the players wanted to split the pot. That would put in the circle on the left and played on the next hand on the two players that pushed on that first pot.

They would be playing on the new hand against the other players if they were playing on a new pot, and also, the old pot that was tied.

[00:05:35] Michael: Absolutely, because it's a competitive game, we will look for some more players. Let's have some fun with it.

[00:05:43] Nicholas: In this game, the players play their hand of blackjack on the side against the other players. It's just a normal blackjack game, and you're also playing against the dealer. 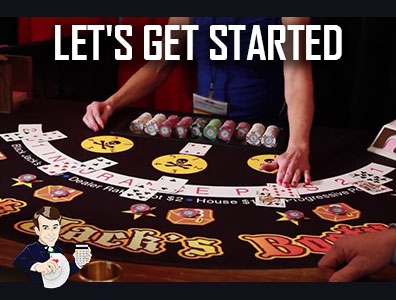 Katherine's our dealer. Every player gets two cards and the side bet is won after all the players play out their hand of blackjacks. It's not the first two cards. We've got a 20, we've got 19, nine hits, 17. She's got 24 up against-- I'm going to try and beat the dealer.

[00:06:24] Michael: Normally, the strategy here would call for standing but because I want to try to win that pot, I'm going to go against the basic strategy. Now I'm going through a harder decision.

[00:06:39] Nicholas: He's standing. We've got a bust. That number five, his side bet ends up into the pot. Katherine pulls a 13 and a bust. She pays or takes the normal blackjack.

Then we've got a 20 win on number one seat. She wins the pot. The money is put into the pot. The dealer takes a $5 chip out, pulls out five white, takes $1 rake for the house and $1 for a progressive pot, which is the Black Jack's Booty. The 23 is pushed out to player number one.

Now in the event of a tie:

the players can choose to either split the pot or create a second pot. It would be marked by the dealer where the chip is, so we remember who gets that pot.

Now, in the event of the dealer getting blackjack…

…and nobody else having blackjack, then those bets stay there even if a player has 21, has 17 and another, because the players don't get a chance to pull another card.

That bet would stay, remain the same side bet. It wouldn't be paid out.

Now, dealer has blackjack and that's just what happened. The dealer would pick up the losing bets and the side bet would remain there.

[00:08:41] Nicholas: I'm sorry, I didn't see the player. The player had a blackjack so he obviously pushes with the dealer and he gets the pot. The rake and the progressive. Now, a progressive pot is won and that's the booty whenever either the player or two players or a player and a dealer receive suited blackjacks, spades or clubs on their first two cards.

That's one nuance of the game

That's pretty much it. You're playing against the other players. I think it's a great side bet compared to some of the other side bets that I've seen. It's more exciting because the players get a chance every hand to win a bet. Thank you.

[00:10:15] Michael: Okay, everybody, that was Black Jack's booty. Thanks Nicholas for showing me the game.

The tables on this website are converted with the Div Table online tool. Please subscribe for an online HTML editor membership to stop adding promotional messages to your documents.