Home › Biography of the Wizard of Odds

Biography of the Wizard of Odds 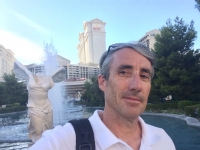 Michael Shackleford has a degree in math/economics from the University of California, Santa Barbara, class of 1988. In 1995 he completed his last actuary exam and has been an Associate of the Society of Actuaries ever since. From 1992 to 2000 he was employed by the Social Security Administration in the Office of the Chief Actuary, largely doing short-term cost estimates on congressional legislation.

In 2000 Michael turned his attention to the field of gambling where he currently works as a gaming mathematician and writer. He runs a web site on gambling, Wizardofodds.com, and serves as a consultant largely for new game developers. In addition he is the author of the book Gambling 102. Currently Michael resides in Las Vegas with his wife and three children.

Michael started his number-crunching career as an actuary for the Social Security Administration. While there, he started the now-encyclopedic source of the odds of casino games, WizardOfOdds.com, as a hobby. That web site led Michael to move to Las Vegas in 2001, after he changed careers to the gaming industry. Although Michael sold the web site in 2014, he continues to write for the new owner and does some consulting work, mostly in the nature of game design and mathematics.

Michael Shackleford, a.k.a. the Wizard of Odds, is originally from Orange County, California. In 1988 he graduated with a bachelor's degree in math and economics from the University of California at Santa Barbara.

From 1992 to 2000 he worked in the Office of the Chief Actuary at the Social Security Administration headquarters in Baltimore, Maryland. There he worked doing short-range actuarial estimates on congressional legislation on Social Security. The earnings test and taxation of benefits were two areas of emphasis. On a more fun note, he also tabulated the most popular baby names, based on Social Security card applications, which have been featured in many newspapers, books, magazines, and television.

Meanwhile, in 1997 Michael launched his gambling web site Wizard of Odds. The site started out as a fun project in web site design. However, it quickly developed a strong following, and many requests for consulting work. In 2000 he left Social Security to devote himself full time to the web site and gaming consulting. A year later, he moved back west to Las Vegas, to have a more active roll in the gambling scene.

Today, Michael still lives in Las Vegas with his wife and three children. He actively practices what he writes about, looking for advantages primarily in video poker, sports betting, and tournaments. In the office, his time is divided between updating his web site, and consulting on new casino game design. His book, Gambling 102, offers gambling advice on many popular casino games. His other hobbies include juggling, unicycling, and license plate collecting. 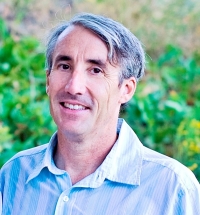