Heavyweight Boxing is Back: Deontay Wilder Fought Dominic Breazeale on Saturday, May 18, 2019 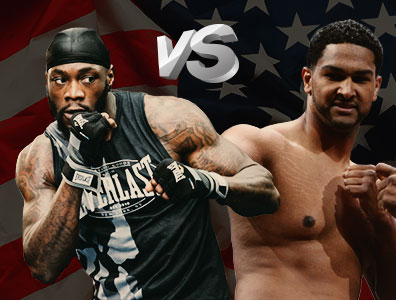 On Saturday, May 18th, 2019, Deontay Wilder defended his heavyweight boxing championship title against Dominic Breazeale at the Barclays Center in Brooklyn, New York. This was Wilder’s ninth title defense, and this fight, although short, was great as these fighters really don’t like each other. They were trying to knock out the other fighter with everything they had.

Wilder knocked out Breazeale in a first round knock out that shocked the boxing world and fans everywhere. The hard hitting Wilder connected on a strong uncontested punch with his right hand that almost knocked Breazeale’s head off. The fight was immediately called as Breazeale could not beat the referee’s 10 count as he was obviously completely out of it, and he could barely stand after absorbing that haymaker from his opponent.

Several days ago, Wilder made some strong statements regarding the fight that sent shock waves around the boxing and sports world. The World Boxing Council (WBC) was not very happy about the comments leading up to the fight…

"Dominic Breazeale asked for this. I didn't seek him out. He [came for] me. This isn't a gentleman's sport. We don't ask to hit each other in the face, but we do anyway. If you ask any doctor around the world, he'll tell you the head is not meant to be hit. This is the only sport where you can kill a man and get paid for it at the same time. It's legal. So why not use my right to do so," said Wilder.

"This has been a long time coming for me and Dominic. He asked for this, and he shall receive. Just like the Bible says -- you ask, you shall receive. Come May 18 at the Barclays Center, he's going to get everything he receives. I'm gonna fade him out, baby. I can't wait. It's gonna be an amazing night for me and sad time for him.”

"I want to hurt Breazeale so bad. So bad, my blood is boiling right now. I can barely keep my composure right now. But due to the fact we can't get paid outside of the ring -- there's a lot of money on the line, baby, and my family got to eat. So with that being said, I will keep my composure until that time comes. I can't wait. Come Saturday, I can do whatever I want to do. You better gather around your loved ones. You all better gather around him tonight because come Saturday night, he may not be able to talk to you. Trust me. You know I don't play no games," he continued.

"I have seen Deontay Wilder's comments, which are regrettable and completely against the spirit of our sport," says president of the WBC, Mauricio Sulaiman.

"I have known Wilder for a long time, and he is not the person he portrays in such comments. His metaphors are against the WBC code of ethics and will be addressed in a hearing." 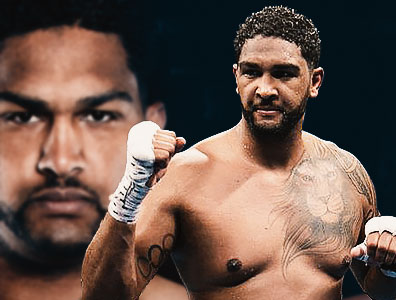 "I'm excited to be back and get another knockout win. Getting that WBC belt is everything to me. This is my Super Bowl. Victory for me on Saturday is everything. Wilder doesn't know what he's getting himself into. He's in for a fight. He better be confident in his abilities because Saturday night, he's going to be in the toughest fight of his life. I'm going to beat Deontay so bad that he's not going to ever want to lace up the gloves again, nor is he going to be physically fit or able to lace up the gloves again,” he said.

"I've been dreaming for the last year about hearing 'and the new.' It's a beautiful thing, and I can't wait to make it come true and have my hand raised. I'm too mentally in tune to be focused on what someone says. When I go into a fight I don't worry about what my opponent can do, but about what I want to do and how I can execute. None of Deontay's words affect me at all. He's going to keep barking, and I'm just going to keep waiting. I'm going to quiet him down on Saturday night."

The boxer also called, “The Bronze Bomber,” is 33 years old and from Tuscaloosa, Alabama which is where he trains as well. He has a record of 41-0-1 with 40 knock outs. That is a 95 % knock out percentage. Wilder is 226 pounds, 6 foot 7 inches, and has a reach of 83 inches. His boxing stance is orthodox, and Thomas Hearns is his boxing hero.

Nicknamed, “Trouble,” he is also 33 years old and is from Glendale, California. He trains in Eastvale, California. This boxer has a record of 20-2-0 with 18 wins coming via the knock out. His knock out percentage is 86 %. He weighs 253 pounds, and he is 6 foot 7 inches tall with a reach of 81 ½ inches. He has an orthodox boxing stance as well.

“Ringside Seat: Deontay Wilder and Dominic Breazeale don't like each other -- for real”, Rafael Dan, espn.com, May 17, 2019.

“Wilder vs Breazeale”, premierboxingchampions.com, May 19, 2019.