Disclaimer: Let it be known that I have served as a consultant to Galewind Software, primarily on game rules and slot machine design. All my reviews attempt to stick to the facts only, specifically game rules and odds.

Galewind Software emphasizes simplicity and liberal game rules. Their biggest client is the casino add-on for Pinnacle Sportsbook. The company seems to have a good reputation among players. When one of their licensees, Heroes Casino, tried to stiff a winner out of $39,900, Galewind Software gave them the choice to honor their debt or have their casino shut down. Heroes still refused to pay, so Galewind Software honorably did shut them down, and paid the player out of their own pockets. If any other software company has gone so far in the interests of fair and honest gambling, I'm not aware of it.

Galewind Software's web site has a demo casino you can try with no download or registration required. To play the demo, go to the Galewind software page, and then click on "Launch Demo Casino."

For more information about the game, please see my baccarat page.

Following are the rules.

The following is the correct basic strategy for these rules. Some obvious plays are omitted, such as never split fives or tens, and never take insurance.

Galewind Software offers liberal and consistent odds in keno. The following table shows the win, return, and hit frequency according to the number of picks.

The house edge under this pay table is 3.35%. The strategy is the same that under the standard paytable, found here.

The following pay table is for the progressive side bet.

Oasis Poker is the same game as Caribbean Stud Poker, except the player may switch one to five cards before making the raise or fold decision. The rules are explained in depth in my section on Oasis Poker. The house edge is 1.204%.

The standard rules are followed and the dealer is always the banker. There is a button to sort the player's cards and the dealer house way is indicated in the help files, something I have never seen done before.

As shown in my pai gow poker section, when the dealer is the banker the house edge is 2.73%.

Galewind calls this game Three Card Stud but it is the same as Three Card Poker. Galewind Software offers some liberal pay tables as follows.

This is not to be confused with Australian Pontoon, which is very similar to American Spanish 21. Galewind Software's Pontoon is also a blackjack variation, with many rule changes, for example a winning 5-card hand pays 2 to 1. Please visit my page on Pontoon for the basic rules and strategy.

The particular rules to Galewind Software's version are:

The following table shows the basic strategy for Pontoon, which is the same as under Real Time Gaming rules.

The American roulette follows ordinary U.S. rules are followed for a house edge of 5.26%.

A single-zero wheel with the "En Prison" rule in effect.

Galewind Software makes public their audited game returns, including a line item for slot machines. Based on the 12 months preceding this review, the slots average about a 97% return. Compared to land-based slot machines, that is quite liberal. 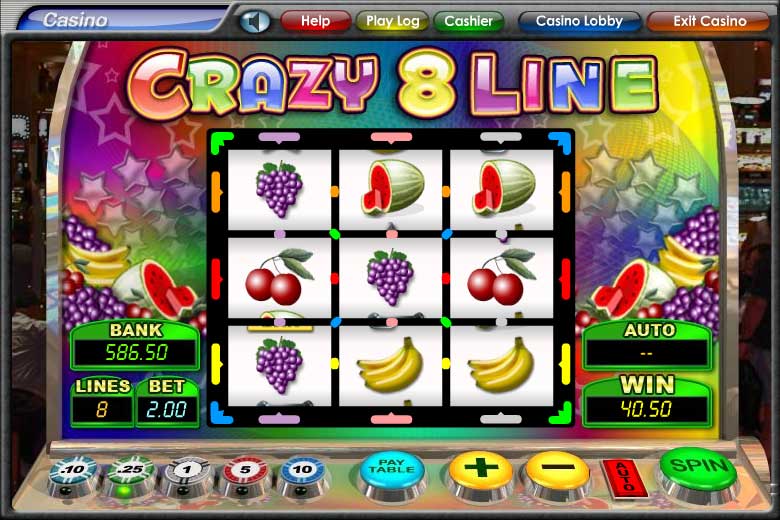 The following tables show the probability and the contribution to the total return of each hand and each game.