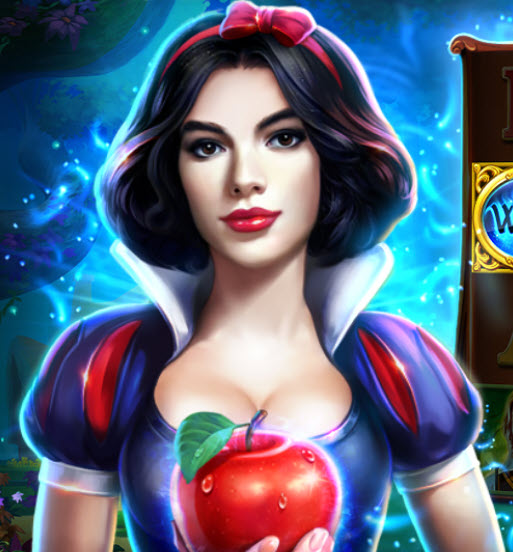 Booongo is a unique name for an online betting software developer, but alas, that is the name of this developer, who has put out a series of 2D and 3D video slots. The developer has made a point of designing their games in HTML5 format, which can be played on both desktop and mobile devices. The company hasn't done much to disclose its background or how it conducts its business, which made analyzing the developer's games a little bit more of a chore as I sifted through their offerings.

Boongo has dual offices in the Ukraine and Taiwan and the company holds a gaming license through Curacao. The group is currently focusing their operations on the burgeoning Latin American and Asian markets, although their products are available at some excellent casinos. The company doesn't publicly publish their volatility and RTP numbers, but we've obtained some of this information and find it falls in line with what you'd expect from an online betting group.

Vegas Crest Casino is the first and currently the only US friendly real money site to have Booongo slots.

As of this writing, Booongo is strictly slots only. All the games should appeal to those young at heart who like cartoon graphics and fun bouncy music. Most of the games have some kind of twist to them that you likely won't find anywhere else. Many of the themes are unique too. So all due credit to Booongo for interesting and uniquely-designed games.

Normally I don't review every single slot machine but since slots is all there is, and there weren't too many, I played all of them and offer my comments on each of them.

What says Christmas better than a little gambling? In this slot game the reels don't spin but symbols are stacked three-high into five piles, like gifts on Christmas morning, to the tune of jolly music. Every spin features cascading "reels," with a growing multiplier after every consecutive win. A free spin bonus round has larger multipliers.

We've come a long way quickly from gambling being a taboo sin to "God" being mentioned in the title of slot games. What would Jesus do? Maybe he would play God's Temple. It is an Egyptian-themed game featuring reels in a pyramid shape. There are two positions on the left reel and they grow by one position, up to seven on the sixth reel. One bet pays for all 5,040 paylines. Symbols are mostly stacked so it tends to be feast or famine, which seems appropriate for an Egyptian theme. In the free-spin bonus round the reels are flipped, for many more ways to win. Hopefully you won't lose any points for blasphemy with the Man in the Sky for tempting fate in God's Temple.

Boongo offers another Egyptian temple to explore, this time that of Nefertiti. This is a traditional five-reel game with a free spin bonus round and another based on advancing through different rooms in the temple in search of Nefertiti's secret. Be careful, because you have only three lives. I made it to the end my first try and thought the end, if there even was one, was rather anti-climatic. All the Booongo slots have an auto-play feature but in this game you can select infinity as the number of spins. Hopefully you won't run out of money before you play them all.

One bet pays for all 1,024 paylines in this game of five reels and four rows. Whether you like your outcome or not, you can pay to re-spin any reel. The prices vary, I'm sure as some function of the expected win. In the bonus round you throw ingredients into the witch's brew and win random amounts as you go. If you throw in three of the same thing you also win bonus spins. Based on her outfit, I think the witch is brewing body paint in her cauldron.

Boongo puts their own spin on classic three-reel fruit slots in this fruit-themed game. Like the old fruit games, there are still three reels, but on this game there are four rows and one bet buys 25 paylines. Plus, every spin has some kind of a bonus. The possibilities are a multiplier, extra spins, or an all-wild reel. If you get bored with playing, you can dance to the lively background music.

Who says you can't enjoy fruit in the winter? You can, as long as the fruit are frozen into ice cubes. This game features five reels and three rows of icy-cold fruit. Wilds expand on reels 2 and 4 and if you get one on both reels, then you get a re-spin too. A bonus round involves smashing the ice cubs to free the fruit inside. My favorite thing is one of the symbols is a tomato, which, contrary to popular myth, IS a fruit.

Brush up on your Greek mythology, you're about to tempt the three fates in Thunder Zeus. Here you'll find all your favorite Greek gods and goddesses, like Dionysus, Artemis, and Aphrodite. To spoil the party, they also add Hades, which is hopefully where I won't end up for writing about the pleasures of gambling.

Thunder Zeus offers a creative feature I've never seen before, a split playing screen, divided down the middle like a broken tile from the the Colosseum. In the free spin bonus, the two halves are joined together for the possibility of bigger wins. Whenever you get a big win Zeus evidently gets angry and kicks up a thunderstorm. Grab a glass of wine as you play and I think that Dionysus will smile upon you.

For those who don't want to pause to look up Mount Kailash in Wikipedia, it is a mountain found in southern Tibet sacred to a whole bunch of Asian religions. While climbing the mountain may be strictly taboo, playing Kailash Mystery isn't. At least I hope not. I wouldn't want to lose any karma points.

Kailash Mystery features the yin and yang of feminine circles and masculine squares in the playing field. Instead of the usual 3 by 5 rectangle of reels here you'll play on a circular playing field made up of 18 symbols. I'm sure there is a name for the design but beats me what it is. In the free spin bonus, the playing field rotates 90 degrees so you have a chance to win for six in a row, as opposed to the usual five. So spin your prayer wheel and try to unlock the mystery of Kailash. If you figure out what it is, let me know.

Maybe I'm crazy, but I think the word "crazy" is overused. Be that as it may, Crazy Gems is a simple five-reel three-row slot game. Paylines pay both ways. The only twist to this game is a wild symbol will split all other symbols on that reel in two, letting the player achieve greater wins. Not only that, on the next spin all symbols on that same reels will be split as well.

All due credit to Booongo for creativity with this theme. It is based on the small Australian town of Wycliffe Well where rumor has it aliens are seen flying about almost every night. What are the odds that they take a day off when I visit?

Kang Aliens asks the questions about what life might be like if the aliens live harmoniously with kangaroos. Just what I've always wondered. The game itself is very standard for a slot machine -- five reels, three rows, and a free spin bonus round. That's about all there is to say.

You may not kill anything playing Hunting Party but hopefully you'll win some money trying. This is a textbook slot game in terms of design. The ubiquitous 3x5 playing field, a free spin bonus round, and another bonus round picking from a field of symbols. Who needs anything new when you're out in the woods hunting? Just being out in nature should be enough. If you can't do that, at least you can imagine you are playing Hunting Party.