Just hours before my 52nd birthday I learned of the passing of a Wizard of Vegas legend, Daniel Lubin, known as paigowdan on the forum. For somebody who talked as much as Dan, he didn't talk about himself very much. 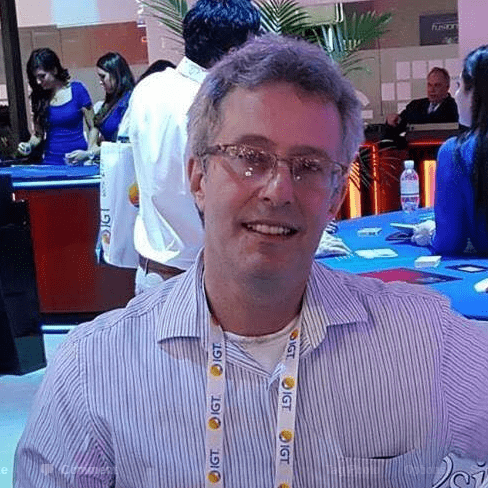 Here is some bits and pieces about the man I picked here and there in conversations with him and his Facebook page.

Dan was originally from the New York City area. He graduated from the Metropolitan College of New York. I think he majored in math but I'm not sure. From there I know Dan taught math, I think at the high school level. At some point in there, Dan joined the Army, where he served as a mathematician. I didn't even know the military had a job for that. As I understand it, he did the calculations for how to aim a missile to hit the desired target.

Eventually Dan ended up in Las Vegas where he worked as a dealer for many years. During this time he created or co-created EZ Pai Gow Poker . The humdinger of that game is it eliminated the pesky 5% commission from pai gow poker. The tradeoff was that if the dealer had a queen-high hand all bets automatically pushed, which probably would have won. Since then Dan was involved in other casino games but none achieved the success of EZ Pai Gow Poker. He also counseled countless other game inventors on game design and how to break into the business. Many people can tell of how Dan gave generously of his time to potential competitors and never asked for a dime in return. Dan was married to Prapaisri who sometimes attended Wizard of Vegas events with Dan. He had two brothers, one a twin, and a sister. Last year Dan published his book The Essentials of Casino Game Design. He was kind enough to say many nice things about me in his book. Dan also lives on in some of my gambling videos, playing the role of the dealer. At the Wizard of Vegas, Dan was one of the most active posters, with 5,692 posts. Here are some personal details in his profile:

Dan joined the forum the same age I was when I learned of his passing. The Orleans is a good choice as a favorite casino. It's a good value casino and friendly to game inventors like Dan. Coincidentally, I was there earlier today and saw four games or side bets I had never seen before. The hat is also my favorite Monopoly piece. Most telling is his signature, which read "Beware of all enterprises that require new clothes - Henry David Thoreau. " While Dan's opinions on advantage play were probably agreed with by almost nobody on the forum, I think almost all of us could relate to that signature, including me. Dan died on May 21 due to heart failure at the age of 57. About a week before he had a second heart attack. Perhaps they sent him home too soon. At least he died suddenly in his own bed in good mental health. His smoking habit probably didn't help. A good man left us too soon.