I just returned from a week in Texas, mainly to look at colleges for Wizard Jr. Along the way we did some typical touristy activities. By no means am I an authority on Texas, but here are some quick travel tips should you find yourself in the Lone Star state.

First, a warning, the middle of Texas in the middle of July is HOT. This is coming from someone who has lived in Las Vegas for 18 years. At least the dry desert air dries off sweat but in humid Texas it just stays there and you're drenched ten minutes after you step out the door. That said, if you do venture outside, please drink a lot of water. Don't wait until you are thirsty. It's a recipe for dehydration and heat stroke to mix being outside in hot humid weather and not staying hydrated. Drinking coffee and alcohol does not count towards fluid consumption, but counts against it.

That said, our trip began in College Station to see Texas A&M. College Station is definitely a college town, but unlike any other I've seen before. Much unlike my own Isla Vista, CA, there doesn't seem to be much of a college scene next to the campus. The only touristy thing I did was Veterans Memorial Park, which is a walk through military history with statues and sculptures not just from every war but many minor military missions, some of which I never heard of. 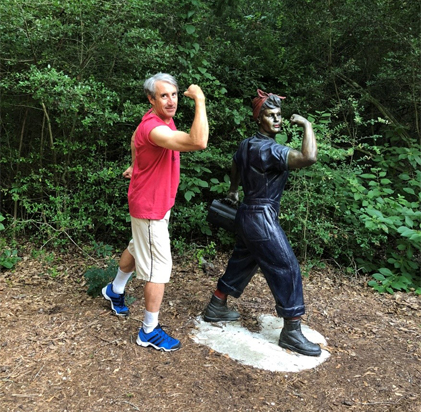 Rosie the Riveter and I

However, the most interesting event of College Station I wasn't expecting. At sunset at the Dixie Chicken, across the street from the college, I suddenly seemed to be in the movie The Birds, except the birds were not attacking. What seemed to many thousands of birds appeared out of nowhere and acted crazy, flying around randomly, but generally staying above some oak trees. I posted a video of it here. Afterward, I asked several people about it, but nobody knew anything about it nor seemed to care. Eventually, I came to a docent at the George H. W. Bush Library, which I recommend, who said the birds were starlings who tend to take a liking to certain oak trees. He went onto say that Texans generally don't like them and will even cut down trees if the birds take a liking to them.

Our next stop was Austin, where I have been before recently. While I can't say I've seen every corner of Texas, Austin is definitely my favorite spot, other than maybe Shackelford [sic] County. Briefly, Austin is a very fast growing city, mostly known for the University of Texas, a very loud and youthful scene on sixth street, and as the silicon valley of Texas. Here are some things I recommend doing there: 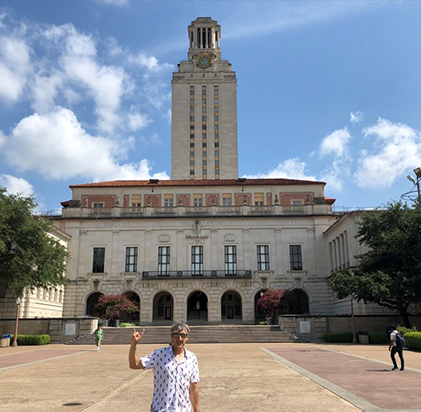 After Austin it was onto San Antonio. I was there for only two days, so can't claim to be an expert. I will say the River Walk is enjoyable to walk and much cooler than the streets above. It is nicely lower by about 20 steps from the street level with lots of trees and tall buildings for shade. However, it is very touristy. I would imagine the locals avoid it like we Vegas locals avoid the Strip.

You can't not visit the Alamo in San Antonio. It is right there in downtown, near parts of the River Walk. Entry is free, although you have to pay extra for a tour or entry to the famous church building. When I was there it was too dang hot to stand in line for any of the extras. 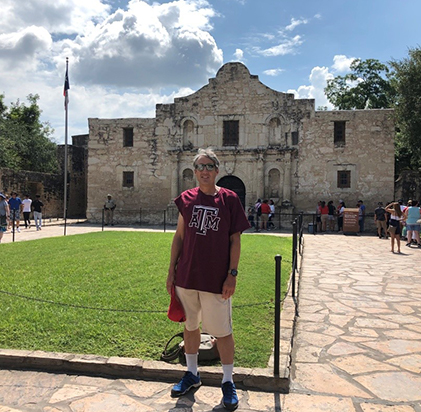 Don't forget to visit the Alamo

Otherwise, the only other thing I did was watch the light show on the side of the San Fernando Cathedral. This is a 20-minute show of music and lights, which endeavors to show the history of Texas. It's enjoyable and absolutely free.

Finally, we had half a day in Houston. We spent it visiting Rice University, taking the train ride around Hermann Park, and doing the Houston Museum of Natural Science. This is one of the most impressive museums I've ever seen. There is an enormous room of just dinosaurs. The rest of it showcases animals native to Texas, crystals, gems, and a huge globe of the moon. There are other parts too, but we had only so much time there.

In closing, if you're traveling the Texas highways, be sure to visit a Buc-Ee's.