Let me begin by saying this newsletter was written on Tuesday, October 27. One week to go until the official election day. I phrase it that way because many people have voted already by mail-in ballots or voting early.

That said, here are the current odds in the European format at a few places that accept election bets.

Here are the same odds in the American format.

Squeezing out the juice and taking an average of the three sources, we get a probability of Biden winning of 65%. 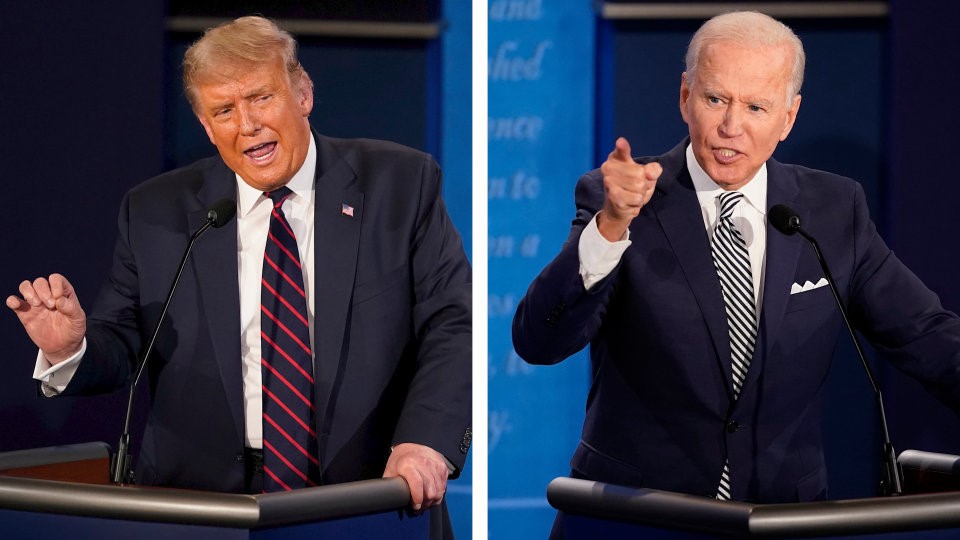 As we know from the Electoral College, the election will come down to a handful of swing states. Let’s take a closer look at that. The following table shows the probability of Trump winning all 50 states and the District of Columbia. Nebraska and Maine divide up their votes according to one per congressional district and two for the statewide winner. In both cases, only on congressional seat is in play, according to FiveThirtyEight project 2020, which they indicate are toss-ups. Otherwise, Nebraska is safely going for Trump and Maine for Biden.

Most states are not competitive, in which case I gave Trump a 0% or 100% chance of winning. For the rest, I went by odds offered at Pinnacle Sports, again squeezing out the juice.

However, it is easy to say that the results are not independent. In 2016 every battleground state went to Trump except Nevada. This year will be a turnout battle. The number of voters on the fence is negligible. Whatever forces will affect turnout will affect the states in very similar ways.

Yet another factor not to be overlooked is if the initial results look at all close the fight will be taken to the courts. If anything makes it to the Supreme Court, as it did in 2000, the outcome will almost certainly go Trump’s way with a 6-3 advantage there, as of yesterday.

In discussions about this election the 2016 comes up all the time with predictions 2020 will go down the same way. Let’s look at 2016. At this same time four years ago Clinton was up by four points in the polls. Then how did she lose? The polls were off by about 2%, which is not bad. Clinton still won the popular vote by that 2% margin. However, she lost because the electoral college favors the states with smaller populations which mostly lean Republican. The same reason the senate usually as a Republican majority. I admit I was surprised on election night, but what happened was not as shocking as how most people describe it.

Now, Biden is up by 9 or 10 points*. That is 4 or 5 points more than Clinton at the same time in 2016. Here are states that Trump won by less than 4 points, his margin of victory, and the number of electoral votes**.

Here were the electoral results from 2016:

If we assume those faithless votes would not have happened if they affected the outcome, then we would give two from Texas to Trump and five from Washington state to Clinton. That would make the intended outcome by the public:

If we give Trump every state/district he won in 2016, except those listed above with a margin of victory of under 4 points, then the outcome in 2020 will be:

In conclusion, I think Biden’s lead in the polls is too insurmountable for a Trump victory. At the end of the day, polls don’t vote but people do and so do judges, so anything could happen. I think it would be generous to give Trump a 25% chance of winning. That would make a fair bet on Biden to be -300, or laying 3 to win 1. That makes laying 2 to 1 on Biden appear a good value. I think the betting public is putting too much emphasis on 2016, which is making Biden a good value.

I know I recommend betting Trump earlier in the year. However, it looks like I may have been wrong. At this late point, I think if you are going to bet, then I recommend betting on Biden. Of course, I make no promises. To show I’m putting my month where my mouth is, I just bet $7,000 on Biden yesterday to mitigate the damage of my earlier Trump bets. I will probably bet more on Biden if I can find somebody I trust to take the other side.

*CNN: 8 days to go: Biden's lead over Trump is holding, while Clinton's was collapsing at this point