You may recall I wrote about attending a taping of Jeopardy in my September 26, 2019 newsletter. A motley crew of several Wizard of Vegas members and I made the road drip down to Culver City for the taping to support our beloved moderator Barbara. What I didn’t mention was that the next day I had a few hours to kill as I wake up around 5 AM compared to the professional gamblers I traveled with, who tend to complain if they have to get up before 11 AM. So, I took a walk to nearby Hillside Memorial Park, a Jewish cemetery and final resting place of many big names in the entertainment business.

The cemetery itself is about as nice as cemeteries get. The landscaping is on par (pun intended) with an elite private golf club. If it were not for the grave markers and mausoleums, it could easily be mistaken for an actual park. Located near the Los Angeles airport, right off the busy 405 freeway, nor far from Beverly Hills and Santa Monica, the location would be the envy of anybody living. Despite being in the middle of so much excitement, Hillside itself is big enough to forget where you are and enjoy some peace and quiet.

This trip was completely spontaneous. I arrived early, so had a chance to check out their Wikipedia page, which has a list of “notable internments.” What a list it is. Here are some of my favorite names on it: Jack Benny, Milton Berle, Max Factor (Jr. and Sr.), Eydie Gorme, Lorne Green, Monty Hall, Moe Howard, Al Jolson, Michael Landon, Vic Morrow, Leonard Nimoy, Charlotte Rae, Sherwood Schwartz, Dinah Shore and Aaron Spelling. To be perfect honest with you, I didn’t know most of those names were Jewish.

Once the gates opened, a very kind lady in the office gave me a map, looked up several names I asked about, and circled their general location. With map in hand, I set about to find as many as I could in about the 90 minutes I had before I had to walk back to my hotel. Following are those I found and some I just stumbled upon in my search. 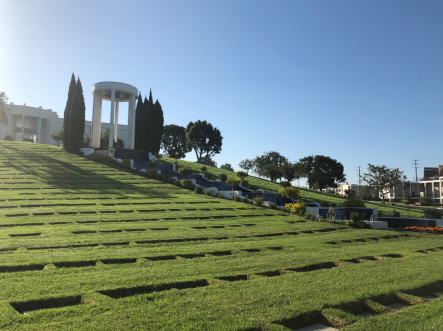 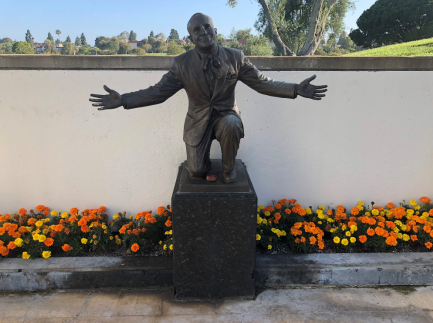 Al Jolson has the biggest memorial, by far. He has a tall monument on top of a hill with a waterfall rolling down the side. It is so big it can be seen from the 405 freeway. 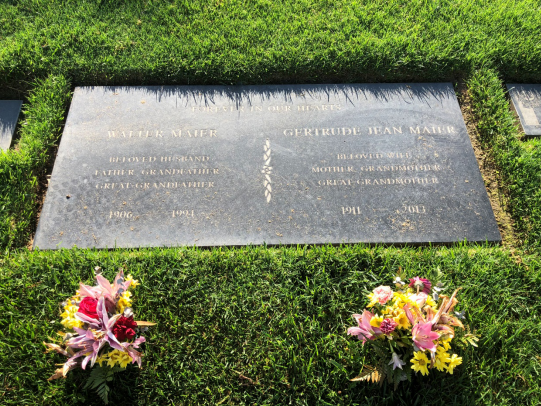 This is Walter Maier, the second M in MGM, and his wife. I didn’t search for him, but just stumbled upon the marker accidentally. Very modest of him, a huge name in entertainment, to have a marker the size of a small desk only. 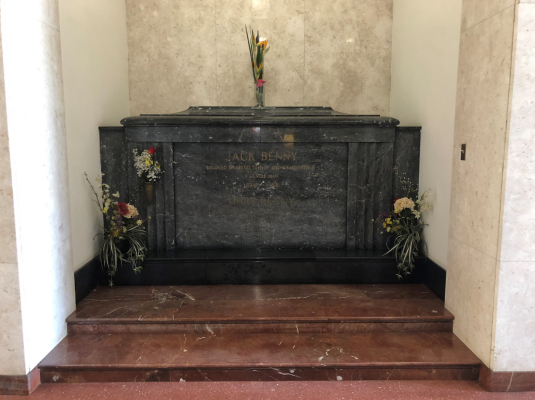 I wasn’t particularly looking for Jack Benny, but couldn’t help but check out the big crypts at the ends of the hallways of the mausoleums (hard word to spell correctly). 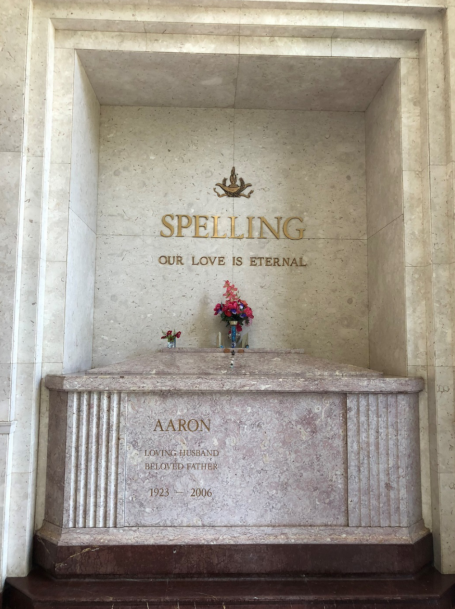 What a resume Aaron Spelling has. I spent much of the 70’s and 80’s watching television shows he produced. 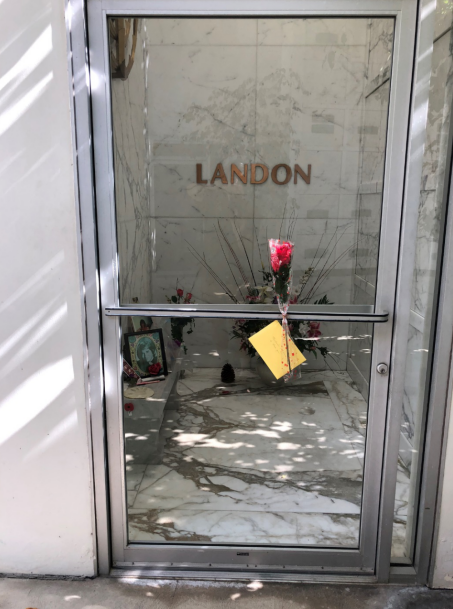 Michael Landon was one of my highest priorities to find. His private room here was not easy to find either. I am a HUGE Little House on the Prairie fan and will torture anyone with trivia who thinks they can compete with my love of the show. I didn’t know he was Jewish until he died. 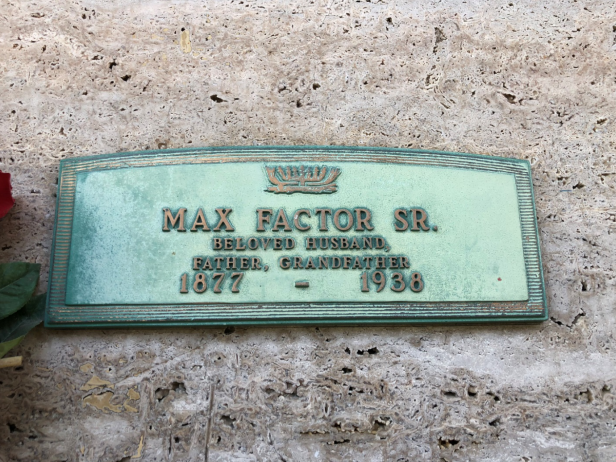 I don’t have any personal connection to Max Factor; he is another name I stumbled upon looking for other names. 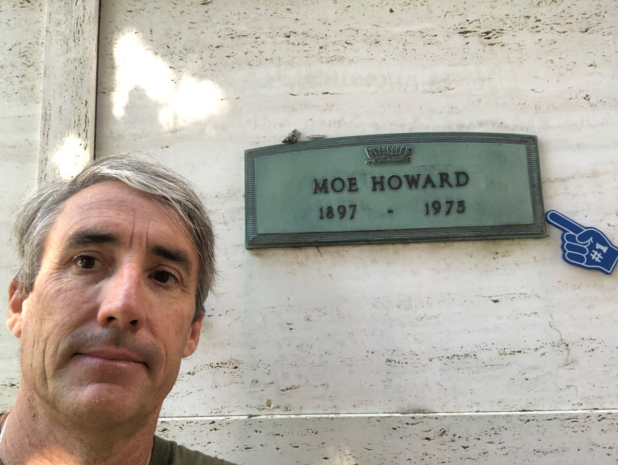 Moe Howard was a high priority name for me to find. In case you do not recognize the name, he was Moe of the Three Stooges.

That is all I had time for. Two names I tried hard to find were Leonard Nimoy and Monty Hall, but the layout was very confusing. Even with exact coordinates and section, I was still running in circles, especially with Leonard Nimoy.

If you are ever in the Los Angeles area and are a cemetery afficionado like me, I highly recommend Hillside.

Until next week, live long and prosper.