The most dramatic event of my week was the interview of Rob Singer. For those of you unfamiliar with him, Rob wrote a column for several years in Gaming Today about video poker. Essentially every video poker argued that video poker games did not deal cards fairly and randomly, where every card in the deck had an equal chance to be drawn, but followed cycles that Singer understood. He went onto say that if one followed a betting system, explained in his book The Undeniable Truth about Video Poker, one could easily make a living exploiting these cycles.

Fast forward to 2009 and an individual named John Kane discovered a glitch in video poker, now known as the “double up bug.” He told it to Andre Nestor. The two of them aggressively exploited this bug until caught. Nestor served some time in jail over it, but the federal charges were eventually dropped. This story is detailed in the October 2014 issue of Wired magazine: ‘Finding a Video Poker Bug Made These Guys Rich—Then Vegas Made Them Pay’.

Fast forward again to the present day and Rob Singer now claims that he discovered the “double up bug” five years before Kane did and made 2.8 million dollars playing it before Kane and Nestor ruined it. He goes onto say that his many years of ranting about video poker being gaffed and railing against mathematical analysts like Bob Dancer was an act and any money he made using his betting system was due to luck.

I have taken a lot of criticism for giving Rob Singer an interview at all, which some consider gave legitimacy to a quack. However, I at least want to get him on record to retract what he preached for many years – that video poker machines were essentially programmed to cheat players. 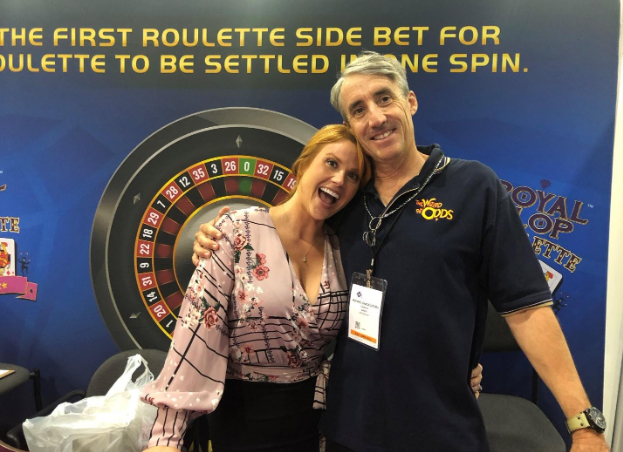 In other news, I just learned yesterday that my friend Angela Marie, who is seen in countless of my gambling videos, either as my student or demonstrating new games at the Cutting Edge show, contracted the Corona Virus.

She says she was laid out for three weeks, followed by two weeks of recovery. Fortunately, she is feeling better now. I hope to make some new videos with her soon. Meanwhile, you can enjoy these two videos that were recently posted to Wizard of Odds: