For lack of a better idea, this week’s newsletter will be a trip down memory lane to the year 2004. The only major trip that year was a cruise to Alaska that I won in drawing.

Following are some miscellaneous pictures from that year. 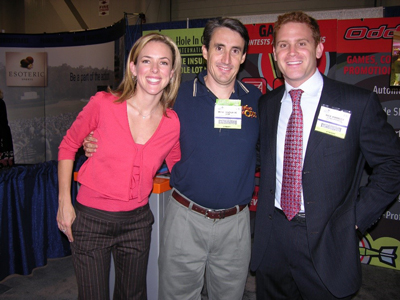 Here I am with Nick and Amy of The Apprentice. Who could have guessed their old boss would become president. 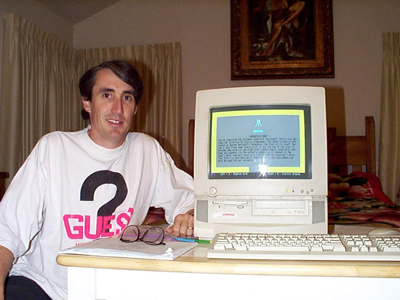 Anyone my age may recall the game Adventure for the Atari 2600. Not only was it a great game for the time, but it also is known as the first game to have an “easter egg,” meaning a hidden message or joke. Fast forward to the 90’s and some guy made a version of Adventure he titled Indenture. It had the same look and feel as Adventure, but if you went to the easter egg page it led to another section that was many orders of magnitude bigger than the original game. As I recall, you had to find five blinking numbers and return them to the Yellow Castle to win.

I was addicted to this game. Finally, I was successful, with many pages of hand-written maps and somehow evading or killing extra dragons. This is the congratulatory page. It indicates an address to write to for a free t-shirt, which I did, but never received. 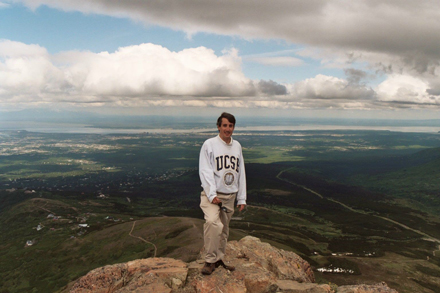 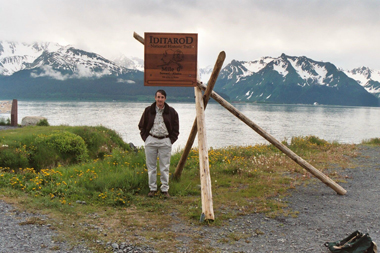 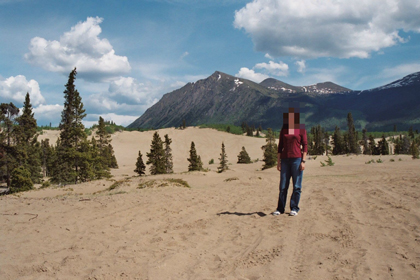 Mrs. Wizard in the Carcross Desert in the Yukon. This said to be the smallest desert in the world, although I hear it’s not dry enough to be considered a true desert. 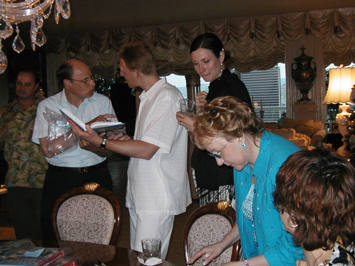 This was a gambling writers party. As I recall, it was held in a fancy penthouse suite at the Las Vegas Hilton (what is now the Westgate). That is Jean Scott “the Frugal Gambler” in the blue shirt and Don Schlesinger, author of Blackjack Attack, in the white shirt and black pants. It looks Don is trying to explain something in his book to the man in all white.